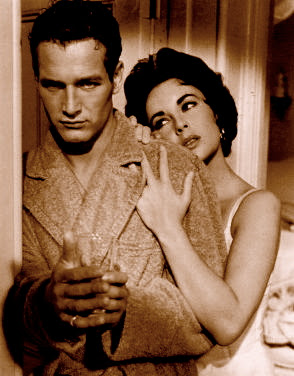 We continue our Harold Robbins Award-winning serialization of the unexpurgated “director’s cut” of this classic novel by the man Harold Bloom called “not only a great film-maker and a great novelist, but a great guy”, a man I am honored to call my friend and mentor, and at whose Mission/Colonial house on North Ivar Avenue in Hollywood I have spent many happy hours: Larry Winchester.

That land of enchantment, New Mexico.

A large Victorian house on a ranch just several miles outside of a town called Disdain...

Dick lay on the bed, his hands folded behind his head. Only the one night-table lamp was lit. Daphne was taking her turn in the bathroom, and he was still wearing only his old kimono. he could smell the beef roasting down in the ranch-yard, and he was hungry.

He had Big Jake’s son’s transistor radio sitting on his stomach. So far, nothing.

Then someone or something spoke in an electrical voice and he sat upright like a shot and the radio fell off his stomach and down between his legs. He stared at it, the voice continued but it was not coming from this radio. It wasn’t making any sense either. It was either speaking some foreign language he’d never heard or the transmission was screwed up in some way. But where was it coming from?

Over there. Near that chair. The chair he’d thrown his safari jacket on.

He got up, feeling as if he were in a dream but knowing he wasn’t that lucky, and he walked over to the chair.

He stared at the jacket. The voice was coming from that pocket, definitely.

He reached into the pocket and took out the shot-up transistor radio. The voice continued to crackle from it, pouring right out of the bullet hole in the front of it.

Daphne came in the door, draped in a Palm Grove Hotel bath towel.

Dick was sweating. He could barely talk.

“Can you hear this?”

“Daphne, this radio is wrecked. It has a bullet hole though it.”

“Well,” she said, “I thought maybe you were speaking -- you know -- metaphorically.”

“But before you could understand it.”

“Well, turn it off if it’s not going to speak English.”

She came over and held her hand out.

“Because I’m getting rid of it.”

He handed the jabbering thing to her.

She shook it, then stared at it.

She went over to the open window and tossed it out. It emitted a slow thin disappearing whine as it fell.

He glanced up and then around, and then went over and picked it up.

It seemed to have just dropped from the sky.

It seemed to have a bullet-hole through it.

He looked up at the massive and looming house. The thing could have come from any number of windows, or even from the gabled and towered roof.

No one else seemed to have noticed it. He looked it over again and then put it in his windbreaker pocket.

(Click here for our next bewildering chapter. Kindly turn to the right hand side of this page for an up-to-date listing of links to other episodes of Larry Winchester’s A Town Called Disdain ™, as well as to appreciations of many of his classic films. Coming soon, from Ha! Karate MultiMedia: a special double-sided disc of two of Larry’s classic action epics with Dolph Lundgren: Blunt Force Trauma {1992} and Coup de Grace II: Galactic Hitman {also 1992}.)

The original rock and roll radio!