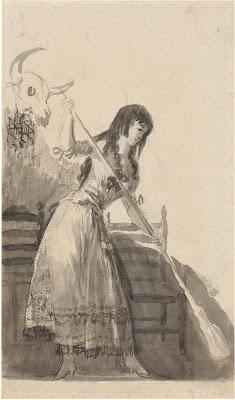 Normally it was a bit of a struggle for Gerry “the Brain” Goldsmith to climb the stairs to his tiny efficiency apartment on the sixth floor, but today he all but floated up those stairs. On the fifth floor he met his landlady, young Mrs. Morgenstern, working her broom down the stairs. The building was old, and shabby, but the hallways and staircases were kept scrupulously clean, and his rent was only fifteen dollars a month.

“Good afternoon, Mrs. Morgenstern. What a fine day it is!”

“It’s freezing out there.”

“I don’t know what that means, Mr. Goldsmith. You know I don’t speak English good.”

“I mean it’s the sort of cold that makes you feel alive!”

“What’s all that you got there, Mr. Goldsmith.”

“This, my good lady, is my old Royal portable typewriter, which I have at long last redeemed from the pawnbroker. In this paper sack is a ream of twenty-pound typing paper, and with it in there are two typewriter ribbons.”

“It means, Mrs. Morgenstern, that the light at the end of the tunnel is now ever so slightly visible.”

“I mean, yes, now I am about to start the final stage of preparing my book for publication.”

“Good for you, Mr. Goldsmith.”

“You don’t mind my asking, how’d you finally get the money to get your typewriter out of hock?”

Gerry was on the very verge of telling her about his Aunt Edna’s surprise bequest of a thousand dollars, but then he remembered that his rent was by far the cheapest in the building, even if his apartment was literally an expanded and renovated storage closet.

“Some three months ago,” Gerry lied glibly, “I resolved to try to save twenty-five cents a day, which feat I accomplished by forgoing one bock beer each day. And now – voilà!”

“Well, that’s swell, Mr. Goldsmith. I wish you the best of luck with your book.”

And off the chubby fellow in the threadbare chesterfield coat went up to the sixth floor.

Poor Mr. Goldsmith, thought Mrs. Morgenstern, sweeping the dust and cigarette butts and gum wrappers down the stairs. She didn’t believe for one second that cock and bull story about saving a quarter a day, but she didn’t blame Mr. Goldsmith for fibbing. However he had got that money, hook or crook, at least he had spent it on a typewriter and paper and typewriter ribbons, and not on whiskey like some of the tenants in this building would have done without a second thought.

Her husband Jake said they were giving that little efficiency away for fifteen bucks a month, and after Jake himself had knocked down a wall and put a Murphy bed and a toilet and shower in it, and a sink with hot and cold water, but who else were they gonna get to take it even for thirty or forty a month who would be so nice and polite like Mr. Goldsmith?

And, who knew, maybe he would finish his book, and it would get published, and he’d make a lot of dough from it. Then maybe she would raise the rent on him. Maybe bring it up to twenty a month. Or maybe not. At least Mr. Goldsmith said good afternoon when he passed you on the stairs, unlike some of the bums she could name in this building.

And even if Mr. Goldsmith never finished his book, where else was he gonna go? Some flop house? An educated, polite man like him, even if he did drink?   No, Mr. Goldsmith could stay on, at fifteen a month. What with two kids and the headaches of running this building, Mrs. Morgenstern didn’t have the time to read much herself except for the movie magazines that Pat and Carlotta on the second floor would give her when they were done with them, but somebody had to write the books in the world, and by giving Mr. Goldsmith a cheap rent Mrs. Morgenstern would be doing her bit, her small bit.