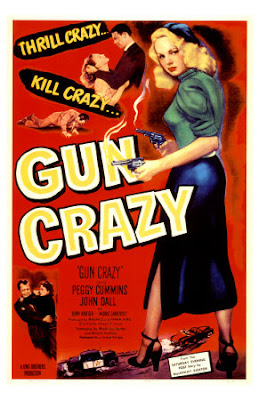 Our serialization of Larry Winchester’s A Town Called Disdain, now presented for the first time in all its uncut majesty, continues apace.

September, 1969. A town called Disdain in the state of New Mexico, also known as “The Land of Enchantment”.

The recently-discharged young soldier Harvey has returned home to say one last farewell before leaving again to find his own path through the cosmos.

However, before he can say farewell he gets in a fight with a local bully named Bull Thorndyke and shoots him dead in self-defense, using Sheriff Dooley’s own revolver.

The local rancher Big Jake Johnstone then offers Harvey an amazingly well-paying temporary gig as a guide for two mysterious and beautiful strangers, Dick Smith and his wife Daphne. (But it turns out Dick’s real last name is Ridpath.)

On the drive out to Big Jake’s ranch our principals are waylaid by a loathsome biker band called the Motorpsychos, led by a one-eyed former Oxford don called Moloch. Dick is forced to shoot dead one of the gang, although he later wonders if he would have found it necessary to shoot him if he had not been under the influence of LSD at the time.

Everyone spends the next day recovering.

The following day Dick and Daphne come down to Big Jake’s lunch table to find among the other guests two notorious international killers named Hans Grupler and Marlene, now posing as West German tourists. (Check our previous episode to get the lowdown on all that.)

When Daphne got back from her turn in the bathroom Dick was gazing at himself in the mirror, adjusting his shoulder holster under his safari jacket. He had an extra thirteen-round magazine for the Browning in the left side pocket of his jacket. He put his cigarette case and lighter in the right side pocket.

“We sure are. Hey, sweety, take that gun on the bed and bring it along. Just in case we run into those motorcycle guys, or whatever.”

She picked up the small but sturdy Smith & Wesson snubnose.

“Careful there, baby, it’s loaded. You got a round under the hammer there, kiddo.”

“I’ll be careful. But you know who should be careful -- any of those motorcycle guys who try to fool with us again, that’s who.”

She aimed the .38 at the mirror, and Dick really wished she would aim it somewhere else.

She blew imaginary smoke from the pistol’s muzzle.

“I hope those bastards try to bother us.”

They’re probably the least of our worries, thought Dick.

Daphne wanted to choose the horses, and while she did this Dick had a little tête-à-tête with Big Jake in his “gun room”.

“Now ya know, Dick ol’ boy, maybe we oughta fix you up with a shootin’ iron while we’re at it. I mean, that little snubby you used the other night might be fine at real close range, but --”

“I’ll be carrying this, Jake.”

Dick lifted up the left breast of his jacket.

“Oh. Automatic, huh? Whatcha got there?”

“Sure it’s in good shape and all?”

“Excuse me, Jake, I mean, not to rush you, but we really should pick out something for Harvey --”

“Yes sir. Right away. I know I do tend to run my old mouth on the all too infrequent occasion I get a intelligent guest like yourself here, Dick boy. Nice shoulder holster ya got there too by the way --”

“Handsome safari jacket ya got there, too. Abercrombie & Fitch?”

“Yeah. Y’know, Jake, what about that service .45 there? Harvey’s probably familiar with it from the army.”

“Well, he probably is, sir, that no doubt he is, and the M1911 is a fine weapon, carried one myself back in the big one.” He opened the glass lid of the case and gently caressed the pistol. “But may I make a suggestion? Just one --”

Dick smiled politely, but he couldn’t help wanting to take one of Jake’s fine Purdey shotguns off the wall and shoving it up his fat ass.

“Now I know you wanta carry that Browning, Dick, and I don’t blame ya. That’s a fine weapon, and you’re used to it. But let me tell ya somethin’ about automatics in this country, all this dust out here, well, sir, sometime they gonna jam up, and you got a automatic jammed you got yourself a problem. And that’s why I myself carry a Colt New Service revolver I inherited from my daddy, fifty year old and never jammed one single time. Not once. But, for Harvey, now, lemme tell ya, that was one good shot he got off day before yesterday with the sheriff’s gun, heavy as that cannon is, but -- slight little fella like Harvey? You want a reliable stoppin’ gun for this country but not too heavy? Well, sir, I’m gonna recommend this piece.”

He took a Parkerized revolver out of a higher shelf of the case and held it out in both hands like a proud shopkeeper.

“Smith & Wesson M10. Chambered for the .38 Special, four-inch barrel, just a hair under two pound, government issue and don’t you even ask me how I acquired it. But -- just you feel the balance on this sucker.”

Dick took the gun and felt the balance.

“Lotta them Green Berets carry this weapon, and believe you me that baby’ll stop any damn fool you point it at.”

Dick restrained the urge to try out the gun’s pistol-whipping efficacy on Big Jake’s head, and Jake proceeded to show off and expatiate on various other firearms in his collection.

There was something very nervous under his good-old-boy façade, and he seemed to be working hard to hide this nervousness. Was he always this way? No way to know, but Dick was bored and agitated, and he seriously considered bracing Jake here and now and maybe getting to the bottom of this whole Grupler and Marlene and Philips and Adams nonsense.

But on second thought he decided just to let the fat bastard stew in his own vile juices a while longer.

If the time came when Dick really had to get some information out of this man then he would just ask.

And if Jake tried to hold back or prevaricate, well, a guy like this, one little tap and he’d crack like an egg.

(Breathlessly continued here. Turn to the right hand column of this page for links to other episodes of Larry Winchester’s A Town Called Disdain, as well as to appreciations of many of his fine motion pictures.

My dad tried to teach me to shoot a .45 when I was six. He warned me to keep my elbows in--the pistol had a kick. Warned or not, the recoil sent me flying and the barrel gave me a goose egg on my forehead.

PS. He used to have a gun room and would terrorize any boyfriend who dared to bring me home late. Now he stores his weapons in a locked box.

I passed your comment on to Larry. He says, "Your dad had you shoot a .45 when you were six? And I thought my characters were nutty!"

True story from my own childhood, an incident I don't remember but which my mom likes to relate: my parents were visiting some friends with me when I was five or so years of age. I wandered around the house and found a loaded pistol. I came back into the living room where my parents were sitting with their friends. I fired the pistol and fortunately the only thing I hit was one of those old-fashioned stand-up ashtrays. Quick-Draw Leo. So, yeah, people, lock up those guns, please.

You don't remember hitting an ashtray? The noise, the recoil, the shattering glass (unless it was plastic)! must've made go numb and blank.

Yeah, my dad, who granted was wild and still in his twenties when I was six, thought my blast backwards onto to the gravel, my staggering gait, and resulting fuzzy feeling was funny. When he learned my boyfriends were suggesting I walk that last block home, he stopped threatening them. And though he won't come right out and admit he was ever wrong, you'll never hear him say a good word about gun-nuts anymore. The most he says is, "With in the hands of today's crazies, they always do more harm than good.