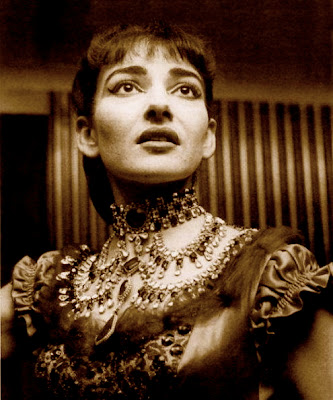 Return with us now to our Walmart Award-winning serialization of these complete and unexpurgated memoirs (of the man Harold Bloom called “...not only the finest poet of his generation, but -- with the possible exception of Larry Winchester -- its finest prose stylist”) as Arnold walks with his inamorata Elektra on a hot late afternoon in August of 1963 in the careworn but quaint seaside town of Cape May, New Jersey...

(Our previous episode ended with Elektra informing Arnold that the attractive novelist Gertrude Evans had impure intentions toward him.)


I said nothing. What could I say? That just that afternoon I had drunk a large shot of Gordon’s gin with Miss Evans, and kissed her bare neck and shoulder? No, even I knew that wouldn’t do.

We walked up to Washington Street and turned. People were starting to come back from the beach, blistered-red, sweating and weary, looking as if they had been through a battle. Even the little children hobbled and staggered as though on a death march, or else were carried by their sandal-dragging parents or brave older siblings.

“If you want to go to bed with her, don’t let me stop you,” said Elektra.

“Why not? She’s attractive.”

I didn’t say anything else though, because I wasn’t sure of the answer, or answers.
She put her hand on my arm, stopping me.

I looked into her eyes, they seemed so cool and welcoming in the midst of the tired hot world all around us.

“Why not?” she asked again.

“Because I’m trying not to go completely insane,” I said.

“Do you think she’s that nuts?”

She looked at me but now it was her turn to say nothing.

{Once again Arnold Schnabel’s modesty appears to have gotten the best of him, because the next seventy-two lines of his copybook holograph are vigorously crossed out. — Editor}

...lay on my back, halfway on the bed and half off, panting and sweating. She lay on the rug near my feet, and for a full two minutes we both lay where we were, saying nothing. Anything we could possibly have said would have been inadequate.
Finally she got up, climbed over me and lay down on the bed.

We listened to each other’s quieting breathing, to the whirring of the electric table fan blowing warm air over us, to the sound of people’s voices from the street below, that other world.

After a while she said, “Ask me anything.”

I thought about it for a while and then I said, “What’s your last name?”

“And your real first name is Betsy?”

“So your parents named you Betsy Ross.”

“They wanted to give me an American name. But believe me, it gets to be a real drag telling people your name is Betsy Ross. So one night I was high on reefer with my friends and I changed it to Elektra. Now Elektra seems a little pretentious to me, but I’m kind of stuck with it.”

{Arnold’s modesty strikes yet again here. The next three lines are crossed out. — Editor}

“Well, okay. But just be careful.”

And it was funny, a little more than a week ago I didn’t really care too much if I drowned or not. But now I did care.

And so we went down to my beach together and took a swim in the soft late afternoon light. We swam out together, and after a bit Elektra said, “Okay, this is enough for me." The waves lifted her up and down, her dark hair was as sleek as oil. "I’m not in your condition, tough guy. I’m going in.”

“Do you want me to come in, too?” I said, not really wanting to come in yet.

She tossed a wet thick rope of hair out of her face, turned and swam in.

I didn’t want to scare her, so I didn’t go out much farther. I simply swam up toward the Point, following the curve of the beach. When I reached the old shore-defense bunker I turned around and swam back and then in.

Elektra sat on her towel smoking a a cigarette and watching me.

She handed me my towel, I dried myself off, laid the towel down next to her, sat down and lighted up a cigarette.

I had to think it over for a moment, but then:

“Not today,” I was able to say, truthfully enough. “But wait, I just remembered a funny thing. I spoke with Frank Sinatra today.”

So I told her about the Sinatra incident.

“And you say you know these people who are having this cook-out?”

“Yeah. In fact they invited me to come, and to bring you, too.”

“Don’t you want to meet Sinatra?”

“About going to the cook-out?”

Well, let’s face it, when you’ve got Jesus himself turning up on a fairly regular basis Frank Sinatra isn’t so special.

We walked back to her place, to her door in the back yard. Evening was coming on.

“All right, let me take a shower and change. I’ll come over in about an hour.”

I sidled off, and home. I wanted to slip upstairs quietly, but my mother was sitting on the porch, saying a rosary. She asked me if I wanted some sauerbraten, but I told her I was going to a cook-out. She seemed amazed by this, understandably.

I went upstairs, resigned to running into Miss Evans again. I took a shower and went back to my little attic room. I took out my memoir copybook and wrote for a while. Before I knew it almost an hour had passed, so I went downstairs, wearing a clean pair of Bermudas and a fresh polo shirt.

I heard opera music coming from Miss Evans’s door again, but nevertheless I stepped as quietly as I could. But as I got abreast of her door I heard the sound of sobbing.

I wanted just to go on downstairs, but somehow I couldn’t. I knocked on the door and called hello a couple of times.

The sobbing stopped, I heard the scritching sound of the phonograph needle being lifted, the music stopping in mid-note.

The door opened. Miss Evans was wiping her eyes with a handkerchief.

She was still wearing the polka dot sundress.

“I heard you crying.”

“But it was so thoughtful of you to check. Would you like to stop in?”

“You’re such a tease. I thought I wanted to come down here to Cape May to be alone, but right now I don’t want to be alone. But I suppose you’re going to meet your lady friend.”

“I still want to read your poems.”

“Miss Rathbone still has them,” I said.

“I must get them off her. Pry them from her hands.”

“I’ll take a walk perhaps. By the ocean. Buy some cotton candy.”

“That sounds nice,” I said.

“Would you like to kiss my neck and shoulder again?”

She lowered one of the straps of her dress.

She put the strap back up.

A tear came to her eye. She dabbed it with the handkerchief, which I now noticed was sopping wet.

“Don’t mind me,” she said. “I shouldn’t listen to so much opera. There’s a Rock Hudson movie at the Beach Theatre. Perhaps I’ll go see that.”

“Well, okay then,” I said, trying to escape.

“Elektra is lucky,” she said.

“Listen, Miss Evans,” I said, “I’m a loony tune. I — I have visions of Jesus. I imagine myself to be floating in the air. I live with my mother. You’re not missing much.”

She looked at me for a moment, then said, “Well, have a good time, Arnold.”

And she closed the door.

For some reason I just stood there. I don’t know why. But then I heard the scritching noise again, this time of a phonograph needle being dropped onto a record. The opera music began again.

(Go here for our next exciting chapter. Kindly turn to the right hand side of this page for an up-to-date listing of links to other episodes of Arnold Schnabel's Railroad Train to Heaven, soon to be a major motion picture directed by Larry Winchester, starring Ralph Fiennes as Arnold, Rachel Weisz as Elektra, Judi Dench as Mrs. Schnabel, Jack Black as Steve, Laura Linney as Charlotte Rathbone, and Cate Blanchett as Gertrude Evans.)

Cameras pull away and stories shift. But I'd love to read a book where the gaps showed up as torn out pages. Like any great poet, Arnold recognizes the power of words not said.

Well, let’s face it, when you’ve got Jesus turning up in various forms several times a day Frank Sinatra isn’t so special.

I'm guessing Frank would have disagreed.

I can't wait to see how Arnold and Frank get along at this cook-out.

How bout anti-corporate liberal fascist? Gives it a modern feel

Arnold surely proves his anti-corporate bona fides by the blithe way he accepts his indefinite leave-of-absence on half-pay from the Reading Railroad.

Long may he get over on The Man.