“Railroad Train to Heaven”, Part Twenty-Three: Elektra takes matters in her own hands 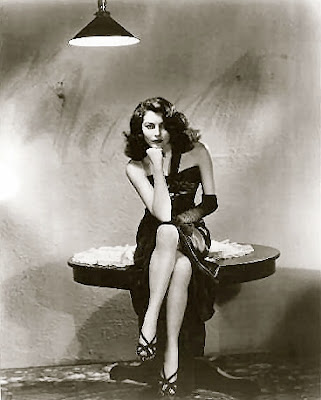 In the previous installment of this unexpurgated edition of his memoirs, our hero Arnold Schnabel went to The Ugly Mug in Cape May to have a beer with his new friend Elektra. Unfortunately, especially considering that Arnold has been put on an indefinite leave-of-absence from the reading Railroad due to a mental breakdown, Jesus appears to him while Elektra is in the ladies’ room. Arnold determines to stare straight ahead and ignore him until she returns.


Soon enough there was a tap on my shoulder. It was Elektra, sliding onto the stool that Jesus had apparently vacated. She was smiling, young and alive.

“What were you thinking about, deep thinker?”

Should I tell her? That Jesus had been keeping her seat warm? No. I didn’t want to scare her.

“Should we order more beers?” she asked. My mug was empty, hers was almost. Now normally I’m always ready for more beer. Call it the German in me. Or call it the dissatisfaction with my life in me.

In the summer of 1945, after we had won the war, for a while they put me in charge of several hundred German prisoners, repairing bombed-out rail yards. I was only a twenty-three-year old buck sergeant, but I spoke enough German to give orders, so I was given this job. The German prisoners were all starving, and usually they had to sleep out in the open in their filthy uniforms. Every few days or so one or two of them would die, and there was nothing I could do about it except try to keep their work to a minimum without winding up in the stockade myself for disobeying orders. In September I got shipped back to the States and I was discharged from the army. I went back to work at the railroad as a brakeman. Occasionally through the years I would be offered a promotion, but I always said no.

As we walked over to her place I guess I was thinking about the war, so I said, “Hey, Elektra, I’m sorry about what my people did to your people.”

“I know. But I’m German. I mean both my parents were from Germany.”

“The six million Jews weren’t your fault. And besides, you fought in the war, right?”

“No, I never fought. I was an engineer in the army.”

“It’s the same thing. You were on the right side.”

I thought of those starving German prisoners, and of the cities I had seen that had been bombed into rubble.

She looked at me. We were standing near the corner of Washington and Jackson, the street was fairly quiet now. That delicious night-time ocean breeze rustled through the trees, and Elektra moved her body up against mine. She smelled like butterscotch and her skin in the light of the street lamp was that color too.

“Well, um, while you were in the ladies’ room I saw –” I hesitated. It’s not an easy thing to say, that you’ve just seen Jesus. “I saw him again.”

“Well, I just wanted you to know.”

“In his robes still?”

“No. He had a polo shirt on, and Bermudas. And his hair was short this time.”

“Come to think of it, I don’t think he lit one up this time. But I’m sure he had them on him.”

“Arnold, you know you’re wearing a polo shirt and Bermudas, don’t you?”

“Darling, you’re just imagining him. You know that, don’t you?”

“Well, I’m sure that’s the case, but you see, my knowing that doesn’t make it any less — disconcerting for me. I’m afraid I might go completely round the bend again.”

I have to mention here that despite the supposed seriousness of the conversation I was in the process of getting an erection, and of course Elektra was aware of this, as she was causing it by pressing herself close to me.

“It seems to me one part of you is healthy,” she said.

“So do you want to come up to my room for a while?”

“All right,” I said. “But only for a while. If I’m not back in my attic before morning my mother will have a heart attack.”

“I don’t think she will. I think she’s one tough cookie.”

“She is. But she worries about me. Since my breakdown. She worries I’ll — hurt myself.”

“Did you ever try to hurt yourself?”

“When I was in the mental hospital apparently I did, but I don’t recall any of it.”

“I know. But I should still go home after a while, just so she won’t worry.”

“Okay, so come on already,” she said, and she put her arm in mine.

Once again I had to walk slowly because of my awkward erection. Despite my misgivings it seemed to be pulling me along behind it.

As we headed down Jackson Street to her house I saw him standing in the darkness of an elm tree farther down the block. He was pretending to stop so he could light a cigarette, but he was obviously observing us with a lowered and sideways gaze. I could see his face clearly as he lit his cigarette with his lighter.

I leaned my head a little towards Elektra’s and whispered, “Do you see that guy down there, with the cigarette.”

“Sure,” she whispered back. “What about him?”

“Arnold,” she said, “that’s just some guy. I’ve seen him around town.”

“Well, then why does he pretend he’s Jesus?” I asked.

“Oh, Christ,” she said. She pulled her arm free and started walking quickly down the block toward him.

I continued walking also, but slowly. I didn’t know what else to do.

Elektra was lovely to watch from behind, walking down that sidewalk with her determined stride, clutching her purse. I wondered what she kept in it?

I stopped outside her shop, but she continued on after the guy, who had started walking down Jackson Street after lighting his cigarette.

She caught up with him, and then I felt so abashed that I turned my eyes away.
I lit a cigarette, and waited, looking in the dark shop window. There was nothing to look at, as they put the wares away at night.

A minute or so later she came back. I turned and looked at her.

(Click here for our next exciting episode. Turn to the right hand side of this page for quick links to the rest of Railroad Train to Heaven, and to many of the classic poems of Arnold Schnabel (the man Charles Bukowski called “the only other 20th Century poet besides myself who was not a complete bore-ass”).
Posted by Dan Leo at 4:47:00 AM

Every time I've gone chasing someone I thought just might be Jesus, it has always turned out to be some guy named "Steve."
Usually the guy named Steve, while indisputably a manifestation of Jesus, also happens to be bald--or as my implacably sane, stable, younger, and prettier sister would say: thrillingly bald. (She loves bald guys so much she used to count the heads when we sat in the symphony's upper balconies; at intermission the 9-year old wanted to find the baldies and introduce herself, despite her usual and lifelong profound shyness.) Oh, and yes, she married a bald guy named Steve, who, if not Jesus's bodhisattva (if you'll allow some cross reference here)is a sweet and funny man with a gift for cooling hot heads.
Once again, Elektra puts Arnold's scrupulosity on a less intrusive shelf. If only he'd write her a poem. No woman can resist a poem named for her, even if the meaning's equivocal.

"Or call it the dissatisfaction with my life in me."

"Now normally I’m always ready for more beer. Call it the German in me. Or call it the dissatisfaction with my life in me."

I know this type...there were a lot of the at my wedding and they sat on my side...

but enough about me!