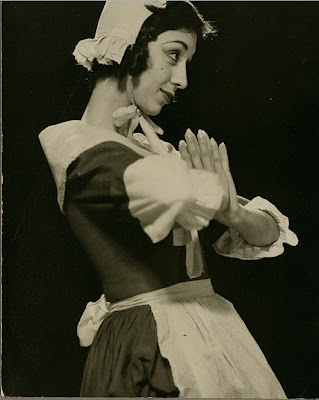 With this episode we finally enter day two of A Town Called Disdain, the sprawling masterwork of the legendary filmmaker, raconteur, bon vivant and sadly underrated novelist, Larry Winchester. Except it turns out that it’s really day three.

In this weird white room again, and having sex with this girl with all these people watching, this thin slight girl, not even his type really but he couldn’t help himself, and it was good, damn good, but so embarrassing with all these people watching, and then a pretty Mexican girl in a maid’s uniform was there with a tray and a slightly tarnished old coffee service.

Dick sat up. He had a hard-on, and he pulled his legs up under the covers to disguise it.

Daphne was still sound asleep, curled up on her side.

“Eight o’clock, sir. Mr. Johnstone want to know if you want to have some coffee to wake up and then come down for breakfast.”

“One night, one day, and another night.”

“Wow.” Dick took the coffee pot and poured himself a cup while she held the tray. “Did -- anyone try to wake us up?”

“No. Mr. Johnstone stay in bed all day yesterday too. He
had --”

Holding the tray with the flat of her left hand she put her right hand to the side of her sleek lovely head and rocked it back and forth.

He sipped his black coffee, then turned and put his hand on Daphne’s bare shoulder.

She pushed his hand away.

So the maid (whom Dick found out was named Esmeralda) brought them toast and homemade rutabaga preserves and more coffee (with some hot fresh milk for Daphne) and while Daphne went back to sleep Dick went down to the bathroom in his old kimono.

He had a very enjoyable and lengthy voiding of his bowels, and then an equally enjoyable and even longer bath, using the lavender Yardley soap they’d taken with them on their precipitous departure from the Palm Grove in Singapore, and smoking the last of his Craven A's, reaching over and tapping the ash into the toilet while he read a dozen or so pages of Slaughterhouse-Five.

Finally he got out, plugged in his Remington and had a nice shave, splashing on some Lentheric after-shave (gotten from the shop at the Palm Grove, and put on their never-paid bill), and then he brushed his teeth.

He looked at his handsome face in the mirror. Once again he had survived his own self-depredations and come out of it somehow fresh as a daisy.

As he walked back down the corridor he saw a door close, and he thought he caught a glimpse of a strange dark eye.

He managed to haul Daphne out of the bed, and she went to the bathroom in her turn, toting her own toiletries, including a bottle of Guerlain bath salts (more swag from the palm Grove).

After a half hour or so Dick put down his book and went down to the bathroom again to see if she hadn’t drowned. He woke her up and added some hot water. He lit her a cigarette in her holder, then he washed her with her big soft sponge, and he shampooed her hair.

By the time they got back to their room they were both longing for each other, and she pulled Dick down onto the big brass bed.

In a closet of an adjoining room Hope stood on a shoeshine box and peeked through a crack in the wood, holding her hand over her mouth.
Out in the corridor, having heard the old bedsprings singing and whining, Esmeralda stopped by the door and crouched down, peering through the keyhole.

Dick and Daphne dozed for a while, and then Daphne said, “I am absolutely famished.”

As luck would have it, it was now lunchtime at the Johnstone Ranch.


(Click here for our next thrilling chapter. Links to all other episodes of Larry Winchester’s A Town Called Disdain, soon to be an exciting new computer game from Ha! Karate, may be found on the right hand side of this page.)
Posted by Dan Leo at 2:02:00 AM

All I want, all I will ever want from now on is for someone--I don't care whom--to add more hot water to the bath and sponge my back.