“A Town Called Disdain”, Episode Fifty-Six: the unbearable loneliness of being Big Jake 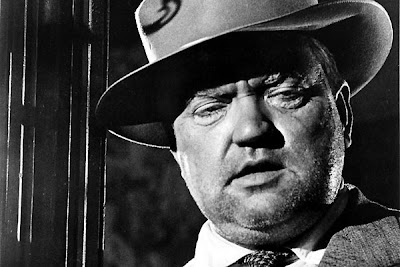 By popular demand Larry Winchester now returns to that lovable rogue, the rancher Big Jake Johnstone in this our serialization of the "extended director's cut" of the masterwork Harold Bloom has deemed “the only book I would take with me on a trans-Saharan camel trek”.

September, 1969. The Johnstone hacienda, just a short hop through the wasted scrublands outside of a town called Disdain...

Things had broken up back at the ranch, fallen apart, fizzled out. Less than a minute after Enid’s truck drove off Grupler and Marlene announced that they wanted to take a romantic starlight drive; they mounted their Range Rover and headed off down the same road Enid had taken. The nice young couple said they were in the mood for a drive also, and they drove off down the road as well in their old Buick Riviera, followed in short order by Mr. Philips and Mr. Adams on their Yamaha dirt bikes.

Big Jake was rather drunk by this point, and he tried to get the Doc to set and jaw a spell with him. He loved to try to talk with the Doc about the good old days back in the European Theatre of Operations, where Jake had amassed a fortune on the black market in his capacity as a supply sergeant. But the big problem here was that the Doc couldn’t stand to talk to Big Jake at all about anything at any time, and in fact considered him to be one of the two or three most irritating people he had ever met in his half-century of life on this planet.

But the Doc was already heading back to the house to get his black bag.

Big Jake sat there at one of the littered and sticky picnic tables, all alone. Hope had bade a fond farewell to Enid and to Dick and Daphne, and then had gone back to the house with barely a nod to Jake, her own father, at least he hoped to hell he was her father. The band still played on, drunker than ever, but everyone else was gone, all his so-called friends who had only come for the free food and drink. Even the ranch-hands had drifted off. A great feeling of depression seemed to invade Big Jake from the enormous dark and twinkling sky, as if all the blackness of the universe had decided to enter into him and compact itself into a black hole inside his chest.

So Jake decided to drive into town and get his pipes cleaned out at Mel’s Photographic Arts Studio. After that he reckoned he’d have a couple-three more drinks and slap a few backs over at Burt’s, and then maybe he’d drive out into the desert and shoot his damn self.

(Click here for our next exciting chapter. And kindly cast your eye to the right side of this page for a complete listing of links to all other existing episodes of Larry Winchester’s A Town Called Disdain™, soon to be a major motion picture from American International Pictures featuring John Goodman as Big Jake.)

Get his pipes cleaned at a photography studio?

So much escapes me, but not the invasion of loneliness--that's familiar.

I suspect that Mel's Photographic Studio provides a bit more than photographic services for the discerning gentleman.