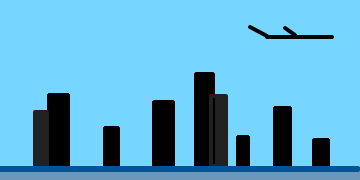 “I ain’t never even been in a joint like this,” said the lovely Janet, who by occupation was a waitress at Bob’s Bowery Bar, a colorful caravanserai at the northwest corner of Bleecker and the Bowery. “You they might let in, but me they’re gonna throw out on my goddam ear.”

“Don’t worry about it,” said Hector Philips Stone, the doomed romantic poet. “Half the staff in this hotel probably come from worse neighborhoods than you do.”

“There ain’t no neighborhood worse than my neighborhood, and as soon as I open my trap they’re gonna tell me to get my narrow ass back to the slums where I belong.”

“And B, when you open your mouth just talk like one of the actresses in those movies you love so much.”

“Yes, but in one of her more upper-crusty sort of roles.”

“How about like Bette Davis in All About Eve.”

“Sure, great, just talk the way Bette Davis does in All About Eve.”

“Right. Must have seen. Okay. What the hell, let’s do this, sonny Jim.”

They went across the lobby to the entrance to the dining room, checked their coats and Hector’s hat, and then walked up to the maître d'hôtel’s little podium.

“May I help you?” said the man, looking Hector and Janet up and down and up again.

Suddenly the man’s face opened up.

He grabbed two menus and headed into the dining room, and Hector and Janet followed him to a round table that could have seated six, but which was set for only three. The man pulled a chair out for Janet, something that had never happened to her before in her life.

“Would you care for a cocktail while you’re waiting for Mr. Smythe?”

The man bowed and went away.

“What a snob,” said Janet. “He’s lucky I didn’t slam him across the jaw with my purse with that look he gave us. And sherry? Since when do you drink sherry?”

“It’s comme il faut in this sort of place. Try it, you’ll like it.”

“I think I’d rather have a shot of Cream of Kentucky, I’m that nervous.”

“Relax. Look, this guy Smythe is just a human being, no different from you or me.”

“You or me ain’t publishers of a big book company.”

Suddenly a tall good-looking young man with shiny dark hair loomed up out of nowhere.

“So terribly sorry I’m late! I’m Julian Smythe, and you must be Mr. Stone. Please don’t get up.”

He reached across the table extending a very large hand, and Hector took it in his own thin and medium-sized hand.

“And this must be your lovely literary agent?”

“That’s me,” said Janet, and she extended her hand the way ladies in movies did, palm downward.

“Julian Smythe.” He brushed the knuckles of her hand with his lips. “But please call me Julian.”

“Charmed, I’m sure, Janet. My God, Stone, how ever did you find such an attractive young woman to represent you?”

“He’s just lucky,” said Janet, and she realized she was talking like Bette Davis.

“I’ll say he’s lucky,” said Julian, and he sat down. “Have you ordered drinks?”

He turned his head to his left and like magic a small nervous-looking waiter was there.

“Benjie, do me an enormous favor, old man, and cancel my friends’ orders for sherry, and have Jean-Claude make us three absolutely arctically cold Manhattans.”

“I like a nice bourbon in my Manhattan,” said Julian. “That okay with you two?”

“I should love Cream of Kentucky in mine,” said Janet, now in full Bette Davis mode.

“Cream of Kentucky it shall be then,” said Julian.

And Julian turned and gazed at Janet.


So it was that Smythe & Son, Publishers, who commonly advanced a first-time author no more than a hundred dollars, if that, wound up giving Hector Philips Stone an advance of one thousand dollars for his book of poems, tentatively titled Love Songs of the Damned.

{Kindly click here to read the “adult comix” version in A Flophouse Is Not a Home, illustrated by the illustrious rhoda penmarq…}
Posted by Dan Leo at 5:54:00 PM