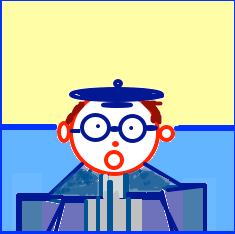 The sweet potato pie with its generous dollop of fresh whipped cream was long gone (and indeed it was all Addison could do to have refrained from licking the plate), and the third cup of chicory coffee had now been finished. It was time to go, because Smiling Jack and this fellow Milford were boring him to distraction, and all Addison wanted was a basement-brewed bock from Bob’s, as soon as possible.

“Well, gentlemen,” he said, “I have enjoyed this collation and its attendant conversation more than I could possibly begin to adumbrate, but, alas, I must go, and thanks again, Jack, for the treat.”

Milford stared belligerently through his thick glasses under that absurd newsboy’s cap of his.

“Not at all,” said Addison. “I find your tales of drunken degradation absolutely enthralling, dear Milford. By the way, before I go, I wonder if I might have just one more of those Woodbines of yours.”

“You know, there is a cigarette machine right over there in the corner,” said Milford.

“Ah, yes, so there is, but, you see, I’m trying to cut down on the old gaspers –” here he put his fist to his mouth and simulated a cough, “and if I buy a pack, I know I’ll probably just smoke them all up tonight, ha ha.”

“I think you’re just too cheap to buy your own cigarettes.”

“Hey, now, Milford,” said Smiling Jack, “that’s not nice. Addison is an artist, you see – a writer – and he cannot be expected to buy his own cigarettes.”

“I’m a writer, and I buy my own cigarettes.”

“Yes,” said Smiling Jack, “but didn’t you tell me that you get five hundred dollars monthly from your family trust?”

“That’s not the point! Just because I have a modest income, that doesn’t mean I’m obliged to be a free cigarette dispensary for this guy.”

“Do you really get five hundred a month?” said Addison. “Gee.”

“See?” said Milford. “No offense, Smiling Jack, but I wish you hadn’t mentioned my trust fund, in fact I wish I had never told you about it in the first place.”

“But honesty is important, Milford,” said Smiling Jack, barely smiling. “If we are to conquer our disease we must be scrupulously honest.”

“Oh, okay, here,” said Milford, and he tossed the opened pack of Woodbines to Addison’s side of the table. “Take the whole packet, and welcome to it.”

Addison nudged the open end of the pack with his finger.

“There’s only two cigarettes in here.”

“I’m sorry there’s not more of them for you to bum,” said Milford.

“Here, take the matches, too,” said Milford, and he flicked the matchbook across the table. White Horse Tavern matches.

“Thanks, pal,” said Addison, and he lighted himself up. “And now, gentlemen, I must hie me hence.”

“Just what’s your big hurry, anyway,” said Milford. “I mean if we’re not boring you.”

“I guess you mean this novel you’re writing.”

“I wonder if you would look at them.”

“Oh, at your earliest convenience.”

“I have a sheaf of my newer poems on me.”

Milford reached inside his peacoat and brought out a rolled up scroll of what looked like fine vellum, tied up with a red ribbon. He tossed the sheaf onto the table in front of Addison.

“Please be honest,” he said.

“Do you want to read them now?” said Milford.

“Well, normally I would say yes, of course,” said Addison, “but, you see, I really must keep to my writing schedule.”

“I must keep and maintain that daily creative rhythm, you see.”

“Yeah, sure. Maybe you can read them later tonight.”

“I will definitely try to.”

“What’s so hard? Just open them up and read them. It’s only eighty-seven pages. I’m not talking about reading the Odyssey and the Iliad here.”

And gathering up the Woodbine pack, the White Horse Tavern matches, and the scroll of Milford’s poetry, Addison slid himself out of the booth.

“Hey, where you going, buddy?”

“He has to work on his novel,” said Milford.

“He has to maintain his daily creative rhythm.”

“So, thanks again, Jack, for the pie and coffee,” said Addison.

“Don’t forget the Woodbines, too,” said Milford. “You bummed a total of eight of them, by my count.”

“So we can get together and you can tell me what you think of my poems.”

“My number is on the first page. Call any time.”

“We have a maid who always answers the phone, and she’ll take a message if I’m out.”

“What is this, an inquisition? Just call me. I’ll take you to lunch.”

“Yes. But only if you read my poems.”

“Splendid,” said Addison, with some measure of honesty, as there were few things in life he loved more than a free lunch, even if it were one given by a crashing and obnoxious bore like Milford. “Till tomorrow then.”

“What?” said Addison.   “Next meeting,” said Smiling Jack. “I hope to see you there.”

“Lunch tomorrow,” said Milford. “We can meet here if you like. Or maybe the automat across the alley from the Hotel St Crispian. Do you mind automats?”

“Swell. I used to like to lunch at the White Horse Tavern, but I can’t go in there anymore.”

“Because if I go there I’ll wind up getting drunk.”

“Damn it, man, I’m trying to stay sober! Can’t you understand that?”

“So maybe we’ll meet at the automat. Because they don’t serve alcohol there.”

“I like their pea soup there. And the corned beef special. The pies aren’t bad either.”

Finally Addison got away, and out the door. The snow had stopped, night had fallen, and the streetlights had come on. He crossed Bleecker Street, but instead of turning left past the cobbler shop and towards the entrance to his building, he looked back across the street and through the frosted and fogged window of Ma’s Diner. Neither Smiling Jack or Milford were looking out the window, and so Addison hurried quickly up the Bowery, to Bob’s Bowery Bar, and to that first glorious bock of the evening…

{Kindly go here to read the “adult comix” version in A Flophouse Is Not a Home, illustrated by the illustrious rhoda penmarq…}
Posted by Dan Leo at 1:19:00 PM