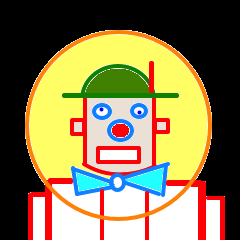 It was that feeling you got onstage when it was all just flowing, from you to the punters down there and back to you again, and you weren’t really thinking about the next gag or the one before it or all the other gags on all the other nights over all the years that were just like one long night that never ended.

They were in that flow, in that groove, and Waldo had no idea what this crazy little dummy was going to say, and Waldo didn’t care.

“I got another question for ya, McGee.”

“You ever wake up in the middle of the night in a cold sweat and just stare up at the ceiling and feel like you’re just floating in outer space?”

“Yeah, I done that, Mickey,” said Waldo, “plenty of times. Almost every damn night in fact.”

“Hey, watch the language,” yelled up some fat guy at a table down front. “Ladies present.”

“I don’t see no ladies at your table, pal,” said Mickey.

The fat guy had a fat woman at his table, and she laughed.

“You watch your goddam language, fatso,” said Mickey. “Because there might not be a lady at your table, but there must be a couple of ladies in this joint somewheres.”

The fat broad laughed at this one too, but the fat guy stood up.

“Why you little wooden punk,” he said.

“Yeah, I might be made out of wood,” said Mickey, “but at least I ain’t a big fat ignorant slob like some people I can mention.”

“Okay, pal, that’s it,” said the fat man, but the fat woman grabbed his arm.

“Henry, sit the hell down,” she said.

“I’m not gonna have that little dummy insult me.”

“He’s a wooden dummy. What are you gonna do, beat up a dummy?”

“Yeah, pick on someone your own size, fats,” said Mickey.

“Maybe I’ll just beat up the ventriloquist then,” said the fat man.

“But you’re the goddam ventriloquist,” said the fat man. “You’re the one’s doing all the talking.”

“Hey,” said Mickey, “leave McGee out of it. This is between you and me, chubby.”

“All right, then,” said the fat man. “How about I come up and wring your wooden little neck?”

“Henry,” said the fat lady, “you’re embarrassing me and yourself, now sit the goddam hell back down.”

“How you gonna kill a wooden dummy?”

Suddenly Mr. Bernstein was standing there.

“But that dummy was insulting me.”

“Sir, he’s a wooden dummy. He’s not insulting anyone.”

“A fat ignorant slob,” said the fat lady, and she laughed.

“Yeah, he called me a fat ignorant slob,” said the fat man.

“Sit the hell down, buddy,” said a guy at the next table. “We’re trying to enjoy the goddam show.”

And just like that a drunken scuffle ensued, like a thousand drunken scuffles Waldo and Mickey had seen over the years in a thousand joints, all of them different but all of them alike, with guys swinging and missing and falling down and knocking chairs over and innocent bystanders trying to get out of the way, but the staff of the Hotel St Crispian was well-trained, and before you knew it Raoul the bartender and Rex the waiter were frog-marching the fat guy out of the Prince Hal Room, and the fat woman followed them. She was still laughing.

Mr. Bernstein looked up at Waldo and Mickey and made a circular motion with his finger.

“So, where were we, Mickey?” said Waldo into the mike.

“Yeah,” said Mickey, “before we was so rudely interrupted. Oh, I remember, we were talking about waking up in a cold sweat in the middle of the night…”

For some reason this got a big laugh from the crowd.   Mickey looked out at them all, looking up at him through the tobacco smoke.

“And I’m sure this crowd knows what we’re talking about,” he said.

And the punters laughed again, even louder.

{Please go here to read the “adult comix” version in A Flophouse Is Not a Home, profusely illustrated by the illustrious rhoda penmarq…}
Posted by Dan Leo at 9:49:00 AM