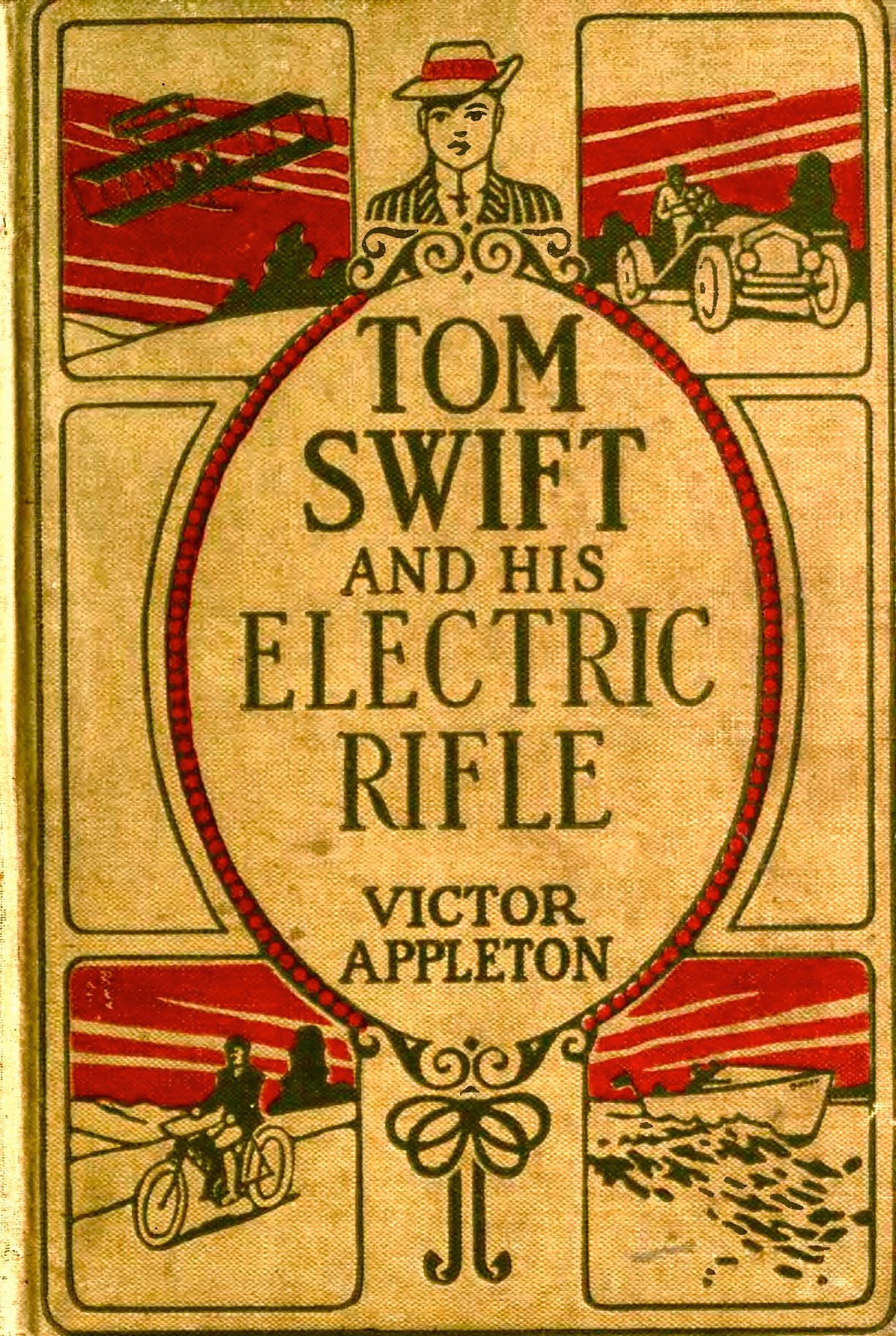 Let’s return to quaint old Greenwich Village on a rainy night in August of 1957 and rejoin our hero Arnold Schnabel in Philpot's Rare Book Shop, as once again he goes in search not of the meaning of life but of something far more mundane…

(Please go here to read our preceding thrilling episode; the adventurous in spirit may click here to return to the very first chapter of this Gold View Award™-winning 69-volume memoir.)

“Already I find myself looking forward to summer vacation, and to days spent on the porch drinking iced tea and losing myself in the subtle and manifold mysteries of Arnold Schnabel’s towering chef-d'œuvre.” – Harold Bloom, in The Cape May Star and Wave Literary Supplement.


I hadn’t gone halfway down that narrow and shadowy aisle of books when I suddenly stopped and thought: what am I doing?

Hadn’t I learned anything in my recent series of adventures?

Did I really and truly expect to try to find the rest room in this old book shop and not have something bizarre occur?

But what was the alternative?

The fact remained I was simultaneously extremely thirsty and in increasingly dire need of voiding my bladder.

I needed to drink water and I needed to pass water, probably not in that order, but, nevertheless, thus was my physical situation, and there was no escaping it.

I could of course simply swallow my pride and go back and ask Ben and Josh and Ferdinand to come with me to the rest room. They were my friends, and they might not be crazy about it, but they would come.

I could hear them back there, chatting in low voices. I couldn’t make out the gist of what they were saying, but I did distinctly hear Ben say the name “Arnie”, and then I heard Mr. Philpot mention “Mr. Walker”, my other name. Then after a few more words from Josh a gentle and general chuckling broke out and made its way down the stacks of books to my pricked-up ears.

So they were talking about me, probably not in a malicious way, but in that way friends talk about an absent friend who is  slightly or more than slightly eccentric.

And so what if I turned back to ask for help and, when I emerged out of that small but dense forest of books, what if my three friends and Mr. Philpot suddenly fell silent, staring at me, the subject of their whispered raillery?

That would be embarrassing.

But would the embarrassment be worse than what might befall me if I continued on my way alone to the rest room?

I had no way of knowing.

With a sigh I resigned myself to the few shreds of pride which still clung in tatters to my soul, and so I forged on.

When I got to the end of the aisle of books I saw a doorway, the door open, with blackness within.

I stopped again. I suddenly remembered what had happened the last time I had been in a men’s room, notably: the prince of darkness speaking menacingly from within the turbid water in a toilet bowl.

What if that very prince of darkness were waiting for me in here? That last time I had managed successfully to flush him away, but who was to say I would be so lucky this time?

In fact I had encountered him even more recently, in his guise of Nicky Boskins, the alleged publicist, right downstairs at that Valhalla bar. As Ben had pointed out to me, I had been blatantly rude to him, and so now Nicky or Lucky or Lucifer or whatever his name was probably wanted possession of my immortal soul more than ever.

I could hear Ben talking on the other side of the shop, on the other side of all those thousands of books, speaking in a louder voice now, then I heard Ferdinand’s voice, and Josh’s, and Mr. Philpot’s. Ben said something, I thought I heard him mention my name (“Arnie”) and then Josh seemed to reply, and there was a great burst of laughter all round.

At least they were having a good time.

I picked up a whiff of tobacco smoke, both cigarette and pipe smoke. So they were smoking as well.

Why couldn’t I relax like that and have a good time?

But it was so hard to relax when one was trapped in an alien world.

And so hard to relax when one needed simultaneously to drink and to urinate.

So hard to relax when one was paralyzed with fear and indecision.

So hard to relax when faced with the possibility of being dragged screaming down to the everlasting fires of hell.

I sighed, for exactly the thousandth time that day.

The inescapable fact was that I really had to urinate. That mug of ambrosia-laced bock seemed ready to burst from my bladder now any second.

And then after urinating I needed to drink some water, and plain tap water would do, out of the jelly glass which I still held in my right hand, not having accidentally dropped and broken it, yet.

I tried to be reasonable.

My friends after all were just on the other side of the shop, not more than ten yards away.

I would use the facilities, keeping the door slightly ajar, and if anything untoward happened I would simply holler and scream for help, as loud as I could.

Josh and Ben and Ferdinand were my friends. If I called for help, they would come running, or in Ferdinand’s case, come flying.

I took a deep breath, and went forward, into that dark doorway.

The door opened inward, and before turning on the light I closed the door to about six inches from the jamb. Of course it would have been better to leave the door wide open, but something in me just wouldn’t allow me to use a toilet with the door open all the way.

I felt along the side of the doorway for a light switch, found a panel with two buttons, and pressed the one that was protruding.

A light came on overhead, and I turned.

This was like no bathroom or rest room I had ever seen.    This was a small room filled with boxes and wall shelves and stacks and piles of books with a dusty plain light fixture hanging from the ceiling.

But where was the toilet?

Why had Mr. Philpot lied to me?

Was this a trap?

What a fool I was, couldn’t take the simplest of directions.

Well, no harm done, I would just flick off the light, leave this room and head down to the left, or to the right from the direction I would now be coming from.

I turned and stepped back to the doorway, and I was just putting my hand on the doorknob when a voice spoke.

I froze. Well, not literally, but I became immobile.

“Buddy,” said the voice, it was a man’s voice, from somewhere to my right.

I turned and looked, but saw only stacks of books and cardboard boxes, and shelves on the walls filled with more books and boxes.

“I’m over here,” said the voice. “Under that stack of Tom Swift books.”

Sure enough there was a two-foot pile of books against the dirty grey wall, and the top six or seven books were uniform hardback editions of Tom Swift novels. The one on top was Tom Swift and his Electric Rifle, by Victor Appleton.

“Lift up the Tom Swift books,” said the voice.

“Buddy,” said the voice, “look, I’m sorry I called you an asshole.”

“So, please, just lift up those Tom Swift books, would you?”

“Then put the glass down,” said the voice.

I bent over and put the jelly glass on the floor in front of the stack of books.

“Did you put the glass down?”

After another brief hesitation I lifted up the Tom Swift books with both hands.

“Just put them on the floor,” said the voice.

“There’s not a whole lot of space on the floor,” I said.

“Anywhere, just put them down, okay?”

Right next to the pile of books was a stack of 1920s National Geographics, and I laid the Tom Swift books on that.

“Did you lay them down?” said the voice.

“Great,” said the voice. “You’re doing fine. Now, do you see the first book on the pile under where the Tom Swift books were?”

It was a paperback book with a luridly painted cover.

“Rummies of the Open Road,” I read aloud. “By Horace P. Sternwall?”

“Because I’m in here,” said the voice, sounding impatient.

“Yes,” said the voice, after what sounded like a muffled sigh. “I’m in the book. Now pick it up, please.”

I picked the book up.

“Thank you,” said the voice from inside the book. “Now that wasn’t so hard, was it?”

(Kindly look to the right hand column of this page for an up-to-date listing of links to all other legally-released chapters of Arnold Schnabel’s Railroad Train to Heaven©; published also in the Collingswood Patch: “South Jersey’s last bastion of culture and literacy.”)

Arnold's such a trusting soul. Or maybe he's just not as paranoid. If I overheard friends laughing and saying my name? I'd assume nobody was saying anything nice.

Aw, who could say anything bad about you or Arnold, Kathleen?