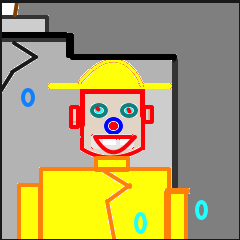 Terry Foley was a pretty nice guy, but, unfortunately for him, he was also a pretty boring guy, and so when he walked into Bob’s Bowery Bar that cold rainy late afternoon, wanting only to pour out his troubles into a sympathetic ear, there was no one who would talk to him. Or, more precisely put, there was no one who let him talk. Bob’s was hardly the Algonquin Round Table when it came to wit and to elevated repartée, but still it had its standards.

“Excuse me, Angie, but have you ever had your heart broken?”

Angie turned and looked at him.

“Terry. Terry Foley. I’m a novelist, or at least I’m trying to be a novelist, and perhaps you’ve seen me in here with a young lady named Araminta. Well, the thing is, Araminta and I have been seeing each other for some time now, and –”

“You heard me, fuck off or shut the hell up. I am not your headshrinker.”

“Gee, I just thought maybe you would have some advice for me, or –”

“Yes, I do have some advice for you: fuck off or shut the hell up and let me drink my Tokay in peace.”

Angie was sitting on the stool to Terry’s left, and now he turned to his right, where that funny guy they called Gilbey the Geek was sitting, nursing a sticky-looking glass of what looked like Bob’s basement-brewed bock, which was the cheapest beer you could buy here.

“Hi, Gilbey, how are you doing today?”

“Oh, yes, I remember your telling me about it –”

“Yes, well, heh heh, I suppose that’s one more time than most people have seen him.”

“I don’t know about nobody else. But I seen him that one time.”

Terry bought Gilbey a fresh bock and then he picked up his own half-drunk glass of bock and went down the bar to another empty stool.

Hector Philips Stone, the doomed romantic poet, was sitting to Terry’s left, and he was smoking a cigarette and staring at a shot glass filled to the brim with a brown liquid.

“How’s it going? Look at this.” Hector pointed to a his left eye, all swollen and purple and bloodshot.

“Jeeze, that’s quite a shiner,” said Terry. “How did you get that?”

Terry turned and saw Janet laying down a pitcher at the table where the other poets all sat: Seamas McSeamas, the Irish poet; Howard Paul Studebaker, the western poet; Frank X Fagen, the nature poet; Scaramanga, the leftist poet; and Lucius Pierrepont St. Clair III, the Negro poet. Terry had never been invited to join their table, but then he made no claims to being a poet.

“Why did Janet give you a black eye, Hector?”

“Why not?” said Hector. “Because I deserved it.”

“Well, it’s funny you should mention that,” said Terry, “because, you see, I have had some women trouble myself lately, and –”

“You want my advice?”

“Buy yourself a football helmet, and always keep it on your head when you’re around a woman.”

“Talk to you later,” said Hector. He picked up the shot glass in front of him, and drank down the brown liquid in it. Then he got up and walked, staggering just slightly, over to the poets’ table.

The ventriloquist Waldo McGee and his dummy Mickey Pumpernickel just that moment came in out of the cold rain, and made their way over to where Terry sat. Mickey pointed his little wooden hand at the seat Hector had just vacated.

“You look like your goldfish just died, kid,” Mickey said to Terry. “Why the long puss?”

“Well,” said Terry, “to tell the truth I am a bit blue today. You see, my girlfriend just told me that, well, that she –”

“Hold on,” said Mickey. “Before you say another word, do my alcoholic friend Waldo a favor and buy him one of them glasses of the house bock. And while you’re at it, order me a shot of Cream of Kentucky. And then you can pour your little heart out to us.”

Terry got Bob’s attention and ordered the bock and the shot for Waldo and Mickey. What the heck, if a wooden dummy was the only one in here who would listen to him, then so be it.

It was better than nothing.

{Please go here to read the “adult comix” version in A Flophouse Is Not a Home, illustrated by the illustrious rhoda penmarq…}
Posted by Dan Leo at 2:20:00 PM