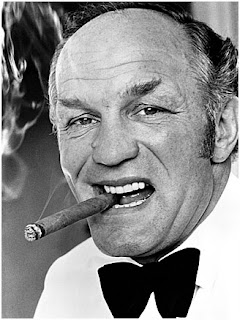 One of only a handful of film makers truly worthy of the term auteur, Larry Winchester -- also a supremely talented novelist (see our ongoing serialization of his epic A Town Called Disdain) -- still maintains his home and office on Ivar Avenue in Hollywood, and (thank you, O gods of cinema ) plans to return soon to production with a film tentatively titled Plausible Deniability, starring Billy Zane and Kari Wuhrer.
Check out the right hand column of this page for links to appreciations of many of Larry's classic films, such as Desert Rat Girls, The Vacant City, Several Lonely People, and Calling All Call Girls.
Posted by Dan Leo at 12:36:00 PM

Wait a minute, you can't fool me, that's Uncle Leo from Seinfeld.

There is a strong resemblance. And Uncle Leo truly was, like Larry, a mensch among mice.

Do you find me hot ?

You can find my pics here