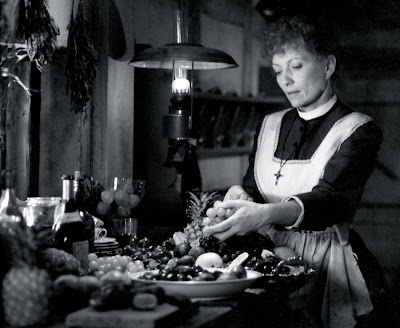 Previously in this long-awaited memoir from “the people’s poet”, Arnold Schnabel, our hero accompanied his new friend Steve to lunch at the Ugly Mug, a lunch which Steve partook exclusively in liquid form.


Steve raised his Manhattan glass to his lips, but, after upending it over his gaping mouth and shaking it vigorously, he finally realized that the glass had been emptied before he raised it. He lowered the glass and stared into it for a moment, then suddenly thrust the glass aloft and looked around for the waitress.

“Steve,” I said, “you really shouldn’t have another.”

He stared at me as if he were about to argue, but then he brought the glass down, but at an angle and a force which would have caused it surely to break, so I quickly reached over, took it from his hand and set it down on the table. And then suddenly he seemed to slump within himself.

He stared at the table and then sheepishly peered up at me.

“Okay, Arthur. But you must let me pay.”

He strugglingly got out his wallet, and fumbling it open he spilled bills all over the table.
I wound up letting him pay for the check, just because it was easier that way, and I paid the tip, but as we were leaving he forced another ten dollars into the waitress’s hand.
When we were at the door and opening our umbrellas I said, “That was an awful lot of money you gave the girl, Steve.”

“Arthur,” he said, “when you’re as big a drunk as I am you learn to be very generous to waitresses and bartenders now let’s go.”

He was stopping at the Chalfonte, just a few blocks away, but the rain was really coming down now, the storm blowing in hard from the ocean. We tried to keep our umbrellas aimed into the wind, but they still blew inside out a couple of times each.

Once Steve fell, and I had some difficulty getting him to stand up again, but after no more than two minutes I did.

We made it to the Chalfonte. It’s a nice old-fashioned hotel, broad but not tall, white wood, a long porch with rockers.

We went into the lobby, lots of people were sitting around reading or chatting, playing board games.

“Should we drop in at the bar for a quick one?” asked Steve, with a slight hopeful smile.

“No, go to your room now, Steve. Can you make it all right?”

“Sure. Absolutely,” he said, but not in a very emphatic-sounding way.

He was drenched. His umbrella was blown-out, useless. He fumbled in his pocket and brought out a key attached to a numbered tag.

“Great. Go right to bed, and when you wake up, eat something, Steve.”

“Right. I guess you’re going to see — your lady friend?”

Actually I had no definite plans to see her, but I didn’t want to get stuck agreeing to meet him for a liquid supper that night, so I said, “Yeah.”

I held out my hand. Steve looked at his right hand; it held the hotel room key. He didn’t seem to know what to do with it.

I patted him on the shoulder and turned to go.

He looked over both his shoulders. In fact the desk clerk and several other people in the lobby were staring at us now.

He put his hand to the side of his mouth and whispered:

I went out the screen door to the porch, and opened my somewhat operable umbrella.

I still had the afternoon ahead of me. It would be nice to change out of my damp clothes and lie in bed and read for a while, maybe take a nap. I set out through the rain.

I decided to go down Jackson, just perhaps to peep into the window of my friends’ shop. Maybe I could at least say hello if Elektra was behind the counter. Or maybe not...

I came to the shop, and I paused under the awning. Sure enough there she was, so was Rocket Man, but the shop was busy, there were six or eight people in there, and Elektra was talking to a customer over the counter. I walked on.

I’d gone down to in front of the next house when I heard Elektra’s rain-muffled voice behind me, calling my name.

I turned and went back, she pulled me in under the awning, and we stood off to one side of the entrance.

I held my open umbrella awkwardly off to one side.

“You’re all wet,” she said. “What are you doing walking around in the rain?”

“Well, I met that Steve guy in the coffee shop, next thing I knew he was dragging me into the Ugly Mug for lunch. Except all he did was drink, and then I had to walk him home in the rain, because he was drunk, and our umbrellas kept turning inside out.”

She looked at me.

“Well, I thought maybe he was just — eccentric.”

I suppose I looked befuddled. Which I was.

“I mean because,” she said.

“Because,” I said, to say something.

“Because I fell asleep,” she said, and I now at last I got it.

She looked at me, and then pulled my wet shirt away from my chest with her fingers.

“Go home and get out of these wet clothes,” she said. ”You’ll catch your death.”

“Do you want to have dinner tonight?”

“I have dinner every night.”

“Sure.” And then, I have no idea why I said this: “My mother and aunts want to have you over for dinner.”

“I’d love to have dinner with your mother and aunts.”

“Well — they’re already talking about us getting married.”

“Old women are the same everywhere, Arnold. Tell them I’ll come over tonight if it’s okay.”

“Just like my parents. I’ll get out of the shop early and be over at six.”

“I’ve been warned. Go home and get out of those wet clothes.”

She gave me a kiss on the cheek. I’m not sure, but I think this may have been the first time she did this. Kiss me on the cheek, that is.

I walked home through the rain. When I came home I told my mother and aunts about Elektra coming to dinner. They bombarded me with questions. Among other things they wanted to know her dietary requirements. I told them she didn’t have to have kosher food and that as far as I knew she ate anything.

I escaped upstairs and got out of my wet clothes, went back down to the third floor bathroom and took a bath. I brought The Waste Land with me. I still hadn’t made much headway in that poem, and after a few lines, the sense of which pretty much escaped me (except for a general feeling of gloom), I reached out my arm and laid the book down on the toilet seat.

I lay back and listened to the sounds of the rain and the wind, the clattering and thrashing, the moaning and the singing of the storm.

It occurred to me that I still didn’t know Elektra’s last name.

(Click here to go to our next chapter. Kindly turn to the right hand side of this page for a listing of links to other episodes of Arnold Schnabel’s Railroad Train to Heaven, and to many of his fine poems.)
Posted by Dan Leo at 6:02:00 PM

Perhaps Elektra's a better woman than I guessed. She's going to dinner with his family and--has she received her poem yet? That's the thing about men, and men like Arnold especially ("I have dinner every night.") These guys hold back the best gifts until you give up, or if, unlike Arnold, they're mean, until you carry on like a fool and cry all night.
If she knew that poem was in his notebook or pocket or wherever, she'd possess a thrill she'd never forget, or need to.

As for the famous Elektra love poem ("You Asked For It"), Arnold still hasn't quite gotten around to writing it, even though we've already published it here. I put it up a few weeks ago just because it had been a while since we'd had an Arnold poem. His chronicling of these current adventures has become so gloriously detailed that it's taking a while to get to his weekly poem.

The Father, the Son, and the Holy Steve... I seem to recall that in my Good News for Modern Man.

I cannot read the word yodel now without visions of Thijs van Leer flashing across my brain.

For those not as versed in 70s prog rock as Jennifer, here is a clip of Thijs van Leer and his band Focus performing their immortal hit "Hocus Pocus":