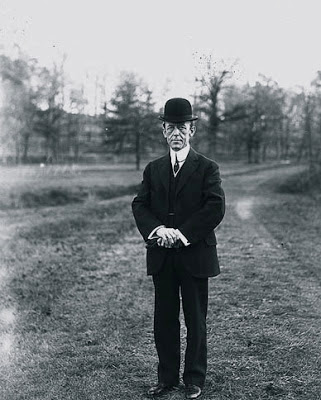 Let’s rejoin our hero Arnold Schnabel and his godly companion “Josh”, here in the Tussaudian stillness of the black-and-white world of the Little Caesar Room…

“Arnold Schnabel has with some justice been compared to ‘outsider’ artists such as Henry Darger or Adolf Wölfli, but to my way of thinking it is Arnold Schnabel who is on the inside, and all we need do to join him there is to enter into his endlessly astounding magnum opus.” — Harold Bloom, on 30 Minute Meals with Rachael Ray.


“Feel better now?” he said, and he was smiling.

And it was true, the pain in my head had been replaced by what felt like a plum-sized hole in my cranium, but when I touched the spot with my free hand I felt only a small slight rubbery bump.

I tried to disengage my hand from Josh’s, but he seemed reluctant to let it go, and of course he was infinitely stronger than I, as I suppose he was stronger than everyone else in the universe, with the possible exception of the other two persons of the Trinity.

“Let me just feed you some more of the old cosmic energy, Arnie. You’ll feel good as new in another minute.”

“No, really, I’m fine, Josh,” I said, and in fact I could now feel this energy surging a bit too strongly, and hotter, as if it were about to cause my brains to bubble out of the top of my skull like a pot of beans that’s been left on the stove too long. The reader must remember that Josh was still quite under the influence of drink, and so was probably not in complete command of his usual miraculous skills.

“Seriously, Josh, you can let go of my hand now,” I said, and I could swear I now felt drops of hot blood oozing out into the porches of my inner ears.

“Okay, pal,” he said, and he finally disengaged my hand, cutting off the bright hot current in mid-stream, and leaving my hand just a little numb, but I felt the droplets of blood crawling back into the recesses of my inner ears, and my head hadn’t exploded, so no harm done. I was however, and for the thirty-seventh time that day, as drenched as if I had been dipped into a vat of sweat.

“So,” he said, looking at the shelves of liquor, “one more for the road?”

I knew we shouldn’t, but I was suddenly as thirsty as a man who’d just come in from jogging a few miles in the middle of the Sahara desert at midday.

“Hey, what about this stuff?” he said, and he picked up a bottle of Seagram’s Seven.

“Is it one of those private stock fine malt whiskies?”

“Where d’ya think they keep the good stuff?” he said.

“Josh,” I said. “Remember I said we should stick to beer?”

I was getting tired of repeating myself with him. If it was truly his intention to become a normal human being he was definitely picking up some very human traits.

He stood there, looking at me. I guess he was wondering if he should pull rank or not. And, really, what could I do if he did? He looked at the bottle of Seagram’s, which he was still holding in his hand.

“I really liked that private stock stuff that Henry guy had upstairs,” he said.

“What’s this about private stock stuff?” said a voice I had never heard before. Josh and I had been facing each other, standing there behind the bar, and I turned and saw a little man walking in our direction from the hallway entrance that Josh and I had just come through a month or so ago.

“You fellows look like you’ve been having a little party,” said the man, coming closer. He wore a derby and a dark grey three-piece suit, and he walked with a cane, although I don’t think he needed the cane, I mean he wasn’t crippled. He looked to be about fifty, he was about five-foot-four, and he had a bit of a pot belly.

“Just a couple of drinks is all,” said Josh.

“What’d you do, anyway, stop time?” said the little man.

He had reached the bar now, and he was looking at Bubbles and Blondie, both of them frozen with one arm curved as if gracefully in the air.

“A little break from the festivities,” said the man. He was still looking back and forth from Blondie to Bubbles, looking at their bodies that is.

“Well,” said the little man. “If you fellows are having one I suppose I will. That is if I’m not intruding.”

“No, not at all,” said Josh. “What would you like? We were just wondering where they would keep the really good stuff here.”

“I believe it’s normally kept on the top shelf,” said the man.

“I see a bottle of Napoleon brandy up there if I’m not mistaken,” said the fellow.

Josh reached up, brought down this brandy bottle and handed it down to the little man. The bottle was very dusty and its top was sealed with black wax.

The man looked at the label, then put the bottle down on the counter. Hooking his cane over his forearm, he reached inside his suit-jacket and brought out a pair of wire-rimmed pince-nez eyeglasses and put them on his nose. Then he picked up the bottle again, blew some of the dust off it, and examined the writing on the label.

“Hey, Josh,” I said. “Maybe we really should just stick to beer, you know?”

“Maybe,” he said, and then, speaking to the little man, he said, “So, what do you think? Good stuff?”

“It’s probably all right,” he said. He put the bottle back on the bar top, then took off his glasses and put them away again. “At least it hasn’t been opened. We’re going to need a corkscrew.”

“Oh, wait, never mind,” said the little man. “I forgot.” He reached into his trousers pocket and brought out a handsome curved wooden-handled pocket knife. He pulled a corkscrew out from the handle. “See? Be prepared, that’s my motto.”

The little man turned and looked around the room.

“There’s an empty booth over there,” he said. “Bring three glasses. Snifters if they have them. Better make sure they’re clean.”

“Three snifters, coming up,” said Josh. “By the way, Arnie and I were going to have a beer, do you want one?”

“What kind of beer?”

The little man took up the bottle, turned and started walking toward an empty booth across the barroom.

“Josh,” I said, in a low voice. “We were just going to have one beer, remember?”

“Sure,” he said. “Look, you draw us a couple more Rheingolds, Arnie, and I’ll grab the snifters.”

He leaned in close to me. His breath smelled like geraniums on a fresh summer day, even after all he had drunk, and all the cigarettes he had smoked, and after throwing up.

“You’re probably wondering who that guy is,” he said, in a slightly loud whisper.

“You started to ask me about him earlier.”

The little man had sat down at the booth, and I could see him starting to peel the wax off the mouth of the bottle, using the blade of his pocket knife.

There was a row of them upside down on a towel on a shelf. He picked one up and held it up to the light, the white light.

"This one looks clean," he said.

He put it down, and then glanced over at me.

"Hey, how about those beers, Arnold?" he said.

I picked up the two mugs we had emptied.

He was holding up two more snifters to the light.

“Lipstick on this one,” he said.

He put down one of the snifters, the one without lipstick. He had a handkerchief in the breast pocket of his suit jacket, I probably never mentioned it before. The handkerchief that is. He took it out and began wiping the lipstick off the snifter.

He glanced over at me again.

I started to turn and head for the beer taps.

“Pardon me?” I said. I stopped and turned again.

“The little guy.” He blew into the snifter, gave it another wipe with his handkerchief. It looked like silk, and I could see it was monogrammed, with the initials J.C. “We call him H.G.”

There was another famous author I wasn’t very familiar with, although I had a vague memory of reading The Invisible Man when I was in the army.

“No, not that H.G.,” said Josh. He held the snifter up to the light again.

Wait, come to think of it, I think I had only read the Classics Illustrated version. Anyway, I had definitely seen the movie, with Claude Rains.

I looked over at the little man in the booth. He was digging his corkscrew into the bottle now, with a determined expression on his face.

I looked back at Josh. He was refolding his handkerchief.

“This is a different H.G.,” he said. “You would know him by his more popular name though.”

He tucked the handkerchief back into his breast pocket.

(Continued here, despite the dictates of so-called common sense.)

(Please turn to the right-hand column of this page to find what might possibly be an up-to-date listing of links to all other pixeliticially available chapters of Arnold Schnabel’s Railroad Train To Heaven©. Now published concurrently in the Collingswood Patch™: “New Jersey’s last lone keening voice in the wilderness.”)

Thanks to birthday girl Jackie Jones for:

Poor spirit! I don't know anyone who prays to Him. The lack of attention is enough to prompt the guess: Perhaps He's a She. But I've been told it's rude to guess.