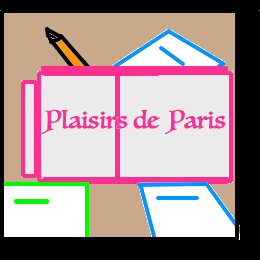 It took Araminta all morning and into the early afternoon to clean up her new flat after her big tea party, but it had been worth it, and with all the windows open and the electric fans blowing the smells were all gone, pretty much, or at least should be gone by the next day.

But she still had about a half-dozen assorted small sandwiches left over, and some of the rhubarb pie. Perhaps it would be a nice gesture to make up a little lunch plate for Hector Philips Stone, the doomed romantic poet, who lived on the sixth floor?

The poor chap, so pale and wan, he certainly looked as if he could use a nice lunch. He had said that he rarely went out in the daytime, preferring to stay in and work on his poems, or, if he were drawing a blank that day, to read, or lie in bed and meditate. When Araminta had suggested it might do him some good to get out and take a walk in the fresh air, he had simply replied that he was not fond of sunlight, and if he did take a walk he preferred to walk at night, along dark tenement streets or down by the dock yards. Well, thought Araminta, not for nothing was he a doomed romantic poet! But still, a sandwich or two, a slice of pie, a cup of tea, none of these could hurt, could they?

Araminta made a fresh pot of lapsang souchong, and prepared a nice plate with a double-sized wedge of the rhubarb pie, and three neatly arranged sandwiches: gorgonzola on pumpernickel, liverwurst on rye, ham salad on white bread. She poured a big mug of tea, with lots of milk and sugar (she remembered how he liked it), put the plate and the mug on a tray, and a saucer on top of the mug to keep it warm, unfolded the one clean napkin she could find and laid it over the sandwiches. She paused, wondering if she should add that cunning little vase she had picked up at Mo’s pawnshop, perhaps with one red rose in it, but then thought, no, just a tad de trop…

Carrying the tray, Araminta headed up the stairs from her apartment on the second floor. When she reached the sixth floor she realized that she didn’t know what Hector’s apartment number was. Well, there was nothing for it but to knock at each door until she found the right one! She started at the first door to the right of the stairs.

“I say, hello!” she called, after knocking. “Hello, is anyone
there?”

No one answered. She knocked again, and was just about to call hello again when the door opened inward.

Oh dear, the door had not only been left unlocked, but not even closed all the way!

“Hello,” she called again, “is anyone here?” And straight away she realized how absurd the question was, as the entire tiny apartment was visible at a glance.

Just one room with a Murphy bed closed up against the wall, a lot of books everywhere, a little desk with a typewriter on it, a bathroom with its door open, revealing a toilet and sink and a shower.

This must be Hector’s apartment! He must have gone outside during the day after all – perhaps around the corner to Bob’s Bowery Bar for a “hair of the dog”; he had after all gotten pretty drunk at the party, as indeed had everyone else except for Araminta.

Well, she would just leave the tray for him, with a little note. That wouldn’t be too presumptuous, would it?

Leaving the door open, she went over to the desk, and shoving some papers aside, laid the tray down.

So this was where the magic happened, where Hector wrote his poems!

There was a sheet of paper in the typewriter (an old Royal portable), and she knew she was being nosy, but she just couldn’t help herself, so she read the two sentences that had been typed on it.

The only way to be sure not to say something stupid is to say nothing at all.

The previous sentence might well be an example of just what I am talking about.

But then the sentences didn’t really seem like poetry, let alone doomed or romantic. Was Hector branching out into the realms of philosophy?

There was a small stack of typing paper to the right of the typewriter, and Araminta couldn’t help but pick it up. She turned it over, and on the first page was typed:

PENSÉES FOR A RAINY DAY

a book of philosophical observations

Gerry! Alias “the Brain”! Gerry “the Brain” Goldsmith, that chubby nice middle-aged fellow! Darn it, now she remembered that he too had said he lived on the sixth floor. What a boner she had pulled. But understandable, of course. And now she felt guilty, because she had thought to bring some lunch to Hector – young and handsome Hector, but had not spared a thought for poor old dumpy Gerry the Brain.

Perhaps she should just leave the tray for Gerry then? Or she could compromise, and leave a sandwich for Gerry, and take the remainder over to Hector? She could leave the sandwich here on the table, wrapped up nicely in the napkin.

But a note would be appropriate. She didn’t want to use up any of Gerry’s typing paper, so she opened a drawer in the desk to look for a notepad. Shuffling through various papers and envelopes she found what looked like a greeting-card box, so she pulled that out. The box looked old and worn, a greyish pinkish color, and printed on its cover in fancy filigree were the words

Ah, Gerry had mentioned to her that he had spent a couple of youthful years in the City of Light, back in the late Twenties. He must have kept a box of postcards as a memento of that happy time.

Araminta lifted off the cover of the box, and gasped.

With trembling hands she lifted out and examined every single post card, all twenty of them, one for each arrondissement of Paris. How many positions! And in Araminta’s naïveté she had thought there were only two, perhaps three or four at most, and this was even after taking the sex ed course at Vassar.

Araminta was brought to from her reveries by the unmistakeable sounds of footsteps on the stairs. Quickly she put all the postcards back into the box, closed it up, put the box back deep into the drawer, shut the drawer, picked up her tray and headed to the door.

Not two seconds after she had closed the door behind her she saw Gerry “the Brain” Goldsmith’s head appear on the stairs.

“Miss Sauvage!” panted Gerry; he was always a bit out of breath after climbing the stairs.

In a matter of only half a minute he made it up the last few steps.

“Well,” he said, “whew! By the way, those stairs aren’t getting any easier! So, what brings you up here to the top of Mount Olympus, Miss Sauvage?”

“Here,” said Araminta, stepping forward and holding out the tray, “I brought you some leftover sandwiches and pie, and a mug of tea, too, so drink it right away before it gets cool.”

“Call me Araminta, and it’s nothing, you’re very welcome, and now I simply must run, you see I have an appointment –”

“Nothing serious I hope!”

And she brushed by him and dashed down the stairs.

“Call me Gerry!” called Gerry, but she was no longer visible, although he could hear her fading footsteps.

Gerry looked down at the tray in his hands.

This was literally the nicest thing anyone had ever done for him.


{Kindly go here to read the “adult comix” version in A Flophouse Is Not a Home with illustratons by the brilliant rhoda penmarq…}
Posted by Dan Leo at 4:09:00 PM