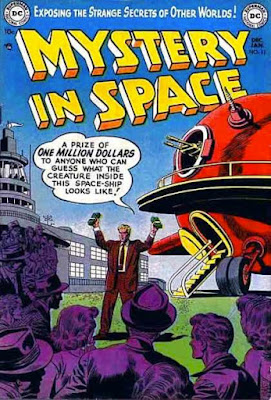 Larry Winchester, film-maker extraordinaire (Sidewalks of Terre Haute; They Came to Sioux City; The Return of Ben-Hur; The Airplane Glue Mob) as well as master novelist, now returns the harsh truth of his camera-like eye to our heroes in the tin shack of the Native American brujo Paco, where they are approaching the peak stage of a peyote ceremony.

In attendance besides Paco:

Harvey -- a young fellow recently discharged from the army.


The time is almost midnight in early September of the last year of the 1960s, perhaps a half-hour’s drive on a rough road from a town called Disdain...

No getting around it, Daphne was solidly bored now. Derek was still singing, in that annoying species of a high nasal voice which only Englishmen who thought they were poets sang in:

Maybe when you came right down to it the problem was that both she and Dick were so used to military/industrial-strength LSD that the few gnarly peyote buttons they’d forced down weren’t really having that terrific an effect comparatively speaking. She had waited for that exciting trip if you should pardon the expression which you got with really good acid, but sorry, it just hadn’t happened. There had been some odd lighting effects there a few minutes ago, spooky sorts of flashings coming through the opened windows, probably distant passing cars or trucks, their darting shaky beams heightened and distorted by the peyote, and come to think of it there had been some odd keening sounds as well, the shiftings and grindings of gearshifts or camshafts no doubt. Certainly not terrific enough to warrant sitting here watching this bewildering stevedore movie with the sound off (even if it did have a rather dangerously attractive Marlon Brando in it) while this Derek person loudly strummed his guitar and warbled like an absolute loon.

To tell the truth Daphne wouldn’t turn down a proper drink at this point. I mean honestly, Tang? She wondered if she could possibly broach the subject of a modest cocktail, or at the very least a can of cold beer would do in a pinch, she was no snob in the drinks department, God knew, oh how He knew.

Her right leg, folded over her left leg and extended at a not really comfortable angle across the floor, was thumping up and down spasmodically. As if it had a mind of its own. Thump-thwumping away, and not even in time to Derek’s stupid song. Perhaps she should uncross it. The leg. But that seemed like so much trouble.

God she was bored.

But then, finally, something.

The door opened and everyone turned and there in the doorway was this small little creature, lit up by the flickering bluish-white light from the TV set and backlit by an emerald glow from outside. It was a very strange creature. Quite small, about four-and-a-half feet tall, wearing a little white sailor suit and a round white sailor’s cap, but its head was large and shaped like an upside-down teardrop and seemingly bald and its eyes were almond-shaped and slanted and completely dark except for the reflected flickering light from the TV. Its skin was a flat light-greyish color and its hands were thin and the fingers long and tapered, all eight of them.

A coyote or a dog or a wolf was howling somewhere.

The little man saluted and kept his fingers rigidly at the side of his cap. He seemed to be looking at Dick.

“Darling, I think he wants you to return his salute.”

“Are you seeing what I’m seeing then?”

“If you’re seeing a little grey man in a sailor suit saluting you, yes.”

“Fuckin’ Peyotito,” said Derek, reverently. “So me singin’ like summoned him, eh, Chief?”

“This is wild,” said Daphne.

“You think so?” said Dick. He looked at Paco.

“I think he likes you. So salute him.”

He had been leaning on his right hand for a long time and it was a little numb. He shook it out, looked around at everyone else all looking at him, and then he shot up a crisp salute and shot it back down again.

Sure enough the little fellow finally brought down his hand not very crisply at all and then said, “Good evening, Commander Ridpath,” but the only thing was his lips didn’t move.

Everyone looked at Dick.

In fact the little man’s words had come from Daphne’s shot transistor radio which Dick had laid on the floor at his side. It was the same voice he had first heard in their room at the Palm Grove in Singapore -- only a week ago but it felt like a lifetime. The sound was a little scratchy, not as clear as before the radio was drilled with a rifle bullet, but certainly a long ways away from that shit-awful Basque-Swahili nonsense from earlier in the evening.

Everyone looked at Paco.

It just goes to show, thought Paco. You could meet Peyotito a hundred times and he could look different each time. But a sailor suit. A sailor suit was something new all right.

The little man came forward softly and quickly and smoothly and stood right before Dick. The door seemed to close by itself behind him. Daphne noticed that the little fellow was shoeless and that he only had eight toes.

Then he smoothly swiveled his head one way and then the other, looking at everyone.

Dick felt very odd now. True, he was used to feeling odd, very used to it, so used to it in fact that he felt odd if he didn’t feel odd, but now he felt really odd, and embarrassed, and he wished to hell that upon his returns to the warren he had customarily said something not quite so debonair. Like, “Hi, everybody!” That would have sufficed. Bonjour tout le monde, Christ. Not for the first time in his life he wondered if he really wasn’t a bit of a horse’s ass after all.

“Should we all say hello, Paco?” asked Enid.

Paco nodded, and everyone said hello.

Then the little guy just stood there looking at Dick.

This really felt too odd. And then the guy held out his hand, that long thin tapering hand.

Daphne gave him a nudge.

Ah jeeze, thought Dick. Why me?

“Because you’re the one,” said the guy.

“Dick,” said Daphne, tugging gently at his sleeve. “You’re the one, darling.”

Dick wiped his hand on his trousers and then he raised it and took the creature’s hand.

The little guy’s hand gave off a cooler variant of the same energy Dick had felt coming from Hope’s hand earlier that evening. He looked into those black almond eyes in which he could see the doubled rounded reflections of Marlon Brando and Eva Marie Saint, and then -- oh Christ --

(Please click here to go to our next enigmatic chapter. And kindly consult the right hand side of this page for an up-to-date listing of links to all other extant episodes of Larry Winchester’s A Town Called Disdain, the budget-priced DVD of which -- starring David Hasselhoff and Heather Locklear -- should be coming soon to better K-Marts everywhere.)

It's all starting to come together for me now. Or at least I think it will when this peyote kicks in.

I had an ET and Manneken Pis(the costume bit) feel with this little alien fellow. I don't know what to make of al this since I haven't been following since the beginning, but I'm looking forwards to what will happen next.

Look at it this way, Sam, it only took us 67 episodes for it all to start coming together.

Manic, I love the Mannekin Pis comparison. I wonder if this little guy drinks beer?

Brilliant! I've always thought it followed fine; it was always perfectly "together."
So much so that for half a second I thought Peyotito was Officer Pym, trailing his nemesis. But Pym doesn't have enough nerve, nor the physique.