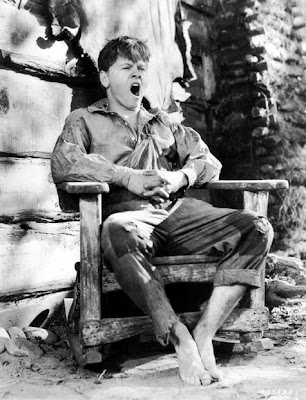 We left our hero Arnold Schnabel and his deific friend Josh in a rather unusual and quite crowded sub-basement bar in that Mecca of bohemia called Greenwich Village, on a rainy night in August of 1957…

(Please go here to read our preceding episode; the morbidly curious may click here to return to the very first chapter of this Gold View Award™-winning 63-volume memoir.)

“The time has surely come when Arnold Schnabel must assume his place not merely among the giants of American literature — Melville, Henry James, James Branch Cabell, David Goodis, Horace P. Sternwall — but ahead of them, way ahead of them, a (shall we say) one-man army of literature at its most exalted.” — Harold Bloom, on The Rachael Ray Show™.


He grabbed my arm and started pulling me through the crowd.

Again, and I know this is repetitious, but I shouted the above words, because of all the noise and the music. Everyone was shouting, if they were saying anything at all, although I suppose that, as in any crowded bar, there were those who were merely muttering into their drinks, not caring if they were heard or understood by anyone, not even by themselves.

“Just around the bend here,” Josh said, shouted, still pulling me along by the arm.   I tried not to limp, although my leg really did hurt somewhat, although not as much as a short while ago; I didn’t want Josh to feel bad about not having completely healed it.

All of a sudden a young guy wearing denim bib overalls and a blue work shirt was standing in front of us.

“It’s Huckleberry,” said the guy. “Huck Finn! You know me. Or at least you’ve heard of me, right?”

He let go of my arm, and he and this Huckleberry kid shook hands.

“I’m great,” said Huckleberry. “Really great. I mean, you know, maybe not great, but, what the hell. I’m good! But it’s really great to meet you though. I’m actually kind of honored.”

“No you’re not!” said Huckleberry. “No you are not, sir!” He was still pumping Josh’s hand. I hate to admit this, but I found it comforting to know I wasn’t the only one beleaguered by these long-handshakers. “You’re our good lord’s only son!” Huckleberry shouted. And he kept shaking Josh’s hand, staring at Josh with a weird grin on his face.

“Well, you know, aren’t we all our good lord’s son in a sense,” said Josh.

“Not like you, sir,” said Huckleberry. “You’re the original you are!”

“Yeah, well,” said Josh, and he disengaged his hand, practically yanking it away, with a motion like someone pulling the ignition cord on a gasoline-powered lawnmower.

Huckleberry offered his now-unoccupied hand to me.

“Huckleberry,” he said. “Huck Finn. But just call me Huck. I’m pleased to meet you, too, sir.”

I saw no way around it, so I took his hand. It was a little rough, and sticky, but at least he didn’t give me one of those death-grip handshakes, as if he were attempting to crush every bone in my hand.

I was on tricky ground here because although I did know who he was, having seen the movie adaptations of The Adventures of Tom Sawyer and The Adventures of Huckleberry Finn, and having read the Classics Illustrated versions when I was in the army, still I had never read more than a chapter of the actual books. I don’t mean to imply that I think these books do not deserve their place as classics, it’s just that I prefer novels about guys who are caught in a deadly whirlpool of violence and passion.

“I knew it!” he said. And he was wearing that weird grin again, it was like the look little boys have when they’re pouring lighter fluid on an anthill. “That’s my favorite, too! What’s your favorite part?”

He wasn’t grinning anymore, but he still held onto my hand, although he wasn’t shaking it, just holding it in his rough, sticky hand.

“Nigger Jim. The raft,” he said. “The Mississippi?”

I pulled my hand away. It made a sort of popping, sucking noise as I pulled it away, you could hear it even through all the noise of the music and the shouting people all around us.

“Look,” he said, with a serious expression on his face now, looking from me to Josh, and then back to me again. “I heard about that trick Tom played on you, Porter. Sending you to the ladies’ room.”

“Oh,” I said. “I thought I just had not followed his directions properly —”

“You know what Sawyer did, Josh?” said Huckleberry. “He sent your friend Porter to the ladies’ room instead of to the men’s room, when he knew Porter was dying to take a piss. This was after Tom stole the signs off both rest rooms.”

“What, steal the signs or give Porter the wrong directions?”

“Because he’s an asshole,” said Huckleberry. “Pardon my French, but he is. I mean, he’s my friend, I love him to death, but he can really be an immature little creep sometimes.”

“You don’t really pick that up from the books,” said Huckleberry. “That asshole quality in Tom. But it’s true. He can be a real jerk sometimes.”

“Come on, let me buy you guys a drink,” said Huckleberry. “You like moonshine? They have really good moonshine here.”

“What, you don’t like moonshine?” said Huckleberry. “It doesn’t have to be moonshine.”

“I have all night,” said Huckleberry. “We’ll get a jug of moonshine, you can tell me all about it.”

“Here’s the thing,” said Josh. “I think we’re going to have to take a raincheck —”

“Right,” said Josh. “Porter and I have to have a little chat. A private chat.”

“Oh, I get it,” said Huckleberry. He took a corncob pipe out of the pocket of his coveralls, put it into his mouth. He blew into the mouthpiece, then removed the pipe from his lips and looked into its bowl. “I can take a hint,” he said.

“We’ll do it some other time,” said Josh.

“How about tomorrow night?”

“Just you?” said Huckleberry. “Not Porter?”

“Well, I don’t know,” said Josh. He looked at me, with an expression on his face which reminded me of depictions of him on the cross, on holy cards. “Are you busy tomorrow, Arnold, I mean Porter?”

“It’s okay if it’s just you, Josh,” said Huckleberry. “We can have a nice long talk, just us two. Drink some moonshine.”

“Good,” said Josh, and he put his hand on my arm again. To tell the truth I was starting to get a sore arm from everyone grabbing onto it all the time.

“Just to have a little private chat,” said Josh. “Me and Arnold, I mean me and Porter. Just a little, you know —”

“Yeah, I get that,” said Huckleberry. “A ‘private chat’, just you two. But what I meant was, where in this physical universe are you two going, precisely?”

“Well,” said Josh, and I have to admit, he really seemed impatient, maybe even a little miffed, so even the son of God has his limits I guess, “My friend the trumpet player over there —”

“Yeah,” said Josh. “Well, he told us there was this other room here that’s a bit quieter usually.”

“It’s just right around the other side of the bandstand,” said Huckleberry.

“I can take you guys there if you like,” said Huckleberry.

“Just go through the door back there,” said Huckleberry.

“There’s no sign on it. There used to be, but you-know-who stole it.”

“Oh,” said Josh. he was squeezing my arm, my triceps, really hard now, I suppose in frustration, which I could understand, but understanding it didn’t make my arm feel any better. He had a very strong grip.

“Sawyer,” said Huckleberry. “Another asshole prank of his.”

“Just go through the door and straight ahead,” said Huckleberry. “Don’t go in any of the side doors.”

“Sure you don’t want me to take you in there?” said Huckleberry.

“It’s really no trouble —” Huckleberry said, but before he could say another word, Josh pulled on my arm and practically dragged me through the crowd and around the other side of the bandstand, and pretty soon we came to a door, to the left of a row of booths filled with drunken people. The door clearly had a rectangular paler space where a sign used to be. Josh finally took his hand off my throbbing arm, and put his hand on the doorknob, but before he opened the door he turned to me.

“Well, now I really could use that beer,” he said, and he opened the door.

To be honest, I felt like I could use a beer too. In many ways this had been a very stressful day, and somehow I knew it was far from over.

(Continued here, and until that last marble copybook filled with neat Palmer Method handwriting has been transcribed; and a whole new cardboard box (which once contained a Philco Model 4654 Predicta Television set) filled with these copybooks has just recently been discovered in the attic of Arnold Schnabel aunts’ house in Cape May, NJ.)

(Kindly look to the right-hand column of this page to find a usually current listing of links to all other officially-published chapters of Arnold Schnabel’s Railroad Train To Heaven©. Also available in the Collingswood Patch™: “South Jersey’s last remaining stronghold of high culture.”)

Poor Huck--born a hero in one circumstance and yet an infernal pest.

But he used to be somebody!

(Deepest apologies by the way to Mr, Clemens.)