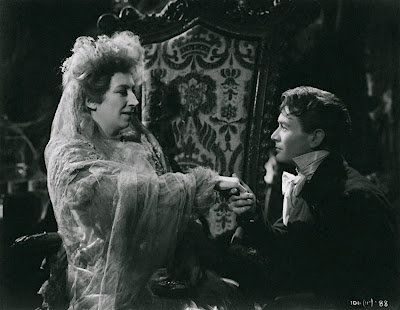 In our previous episode of Arnold Schnabel’s critically-lauded (...an unholy consanguination of Erroll Flynn’s My Wicked, Wicked Ways, David Niven’s Bring on the Empty Horses, and Casanova’s Histoire de ma vie.” -- Harold Bloom) memoir, our hero found himself sharing some doobage at an evening cook-out with his inamorata Elektra, his possibly divine friend Steve, and Mr. Sammy Davis Jr.Cape May, NJ, August, 1963.


We headed back to the main part of the yard, and I had the strange sensation that I was a movie camera being rolled forward into the midst of the party-goers. Elektra had her arm in mine, and it felt as if she were guiding me along.

“How’re you doing, lover?” she asked me.

Just this brief exchange of words was enough to transform me from being a movie camera on a track into one of the actors in the movie. I couldn’t tell if I was the star, though, or a supporting player.

Our little group headed towards where Miss Rathbone stood chatting with Joey Bishop.
Steve lost no time in going right up to them. Joey and Miss Rathbone were talking about Joey’s TV show.

“Could I talk to Charlotte for just one second?”

“What is it, Steve?” said Miss Rathbone.

Miss Rathbone looked at him with pursed lips.

“Should I take a hike?” asked Joey.

He raised his hand, as if to slap her.

“Are you insane?” she asked.

In one swift motion he slapped at her hand and squashed a mosquito that was sitting on the outside of her thumb.

“Got him!” said Steve, and he flicked the dead bug off her hand.

“Dude strikes like lightning,” said Sammy. “Hey, people, we were just gonna go inside to get away from these little beasties. Wanta join us?”

“You don’t have to worry about Steve, Mr. Bishop,” she said.

He went off, and Miss Rathbone said to Steve, “See, you scared him away.”

We all went around to the front of the house and up the steps to the porch.

“This is nice,” said Miss Rathbone. And it was. The porch was screened in, and there was even an Igloo cooler with ice and cans of beer in it.

We went into the house, through the living room, and into the dining room where an old lady sat playing cards with a few other older people of both sexes.

“And hello to you, milady,” said Sammy and he went over and kissed the lady’s hand.
The room, like the living room we’d just passed through, was very modern. Well, 1930s modern. It was like one of those sleek large rooms in an old Fred Astaire movie, which was odd, because the house was a Victorian that must have been at least as old as my aunts’ house (which was a hundred and four years old.)

Sammy introduced us to the lady and her friends. Her name was Mrs. Biddle, and I was just barely able to put it together that she was “Mac” MacNamara’s mother-in-law, in other words the grandmother of Daphne, the young girl that my new friend Dick was in love with. The other old people’s names went into my ears and right out again at the speed of sound.

“We just thought we’d head up to the second-floor porch, Mrs. Biddle. Get away from the mosquitoes.”

“Great idea, Sammy,” she said. “Those dreadful mosquitoes. I’ve phoned the mayor to have more trucks come by and spray DDT but he said it was too dangerous. I suppose he’d rather have us die of malaria.”

While saying this she took a cigarette out of a box on the table and screwed it into a shiny jet-black holder. Quick as a shot Sammy had his lighter out and he gave her a light.

“They’re all a bunch of bums,” said Mrs. Biddle.

“Stop in the kitchen and take some beer out of the ice box. There’s plenty. Mac always goes overboard for these get-togethers. Or mix yourself some cocktails.”

We were all herding on out when Mrs. Biddle lifted up a rattan cane that had been leaning against the table and grabbed my arm with its hooked handle.

“What is your name again?” she asked me.

I told her my name.

“Don’t your aunts have the house on North Street over near Perry?”

It never fails. Everyone in this town knows everyone else’s complete family tree going back four generations at the very least.

“Tell them I’ve quite admired their garden this summer.”

“Their gladioli are extraordinary.”

I didn’t really know what to say to this. And I realized that the rest of the crew had left the room, leaving me alone with Mrs. Biddle and the other old people.

So of course she knew all about my breakdown.

“Was that your lady friend, that dark-haired girl?”

I mumbled an assent, and waited for the reference to Elektra’s Jewish heritage, but instead Mrs. Biddle only said, “Very pretty.”

I stood there a moment, and it occurred to me that I had never actually seen anyone smoke a cigarette using a holder before. Not in real life, anyway.

She seemed to be appraising me. I half-expected her to ask me to leap about and cut some capers for her, but instead she said only, “Do you play canasta?”

I confessed that I did not.

“I suppose poker is your game?”

“And you a railroad man?”

It’s true, railroad men play a lot of cards, but I never did. Never shot craps, either. I was not, never had been, and undoubtedly never would be a regular guy. And it was too late to start now.

“How is your poetry-writing coming along?”

“Don’t make me come looking for you.”

I told her I wouldn’t.

“Oh, then you must be. Well, go join your friends,” she said, and she picked up her hand of cards.

I left the dining room and went down a hall. I saw a stairway which one might reasonably have expected would take me to this second-floor porch, but I also saw a large kitchen, and I remembered what Mrs. Biddle had said about helping ourselves to some beer. That sounded like a good idea. 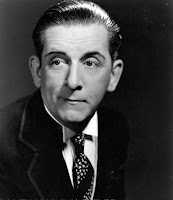 (Click here to find out what happens next, if anything. Turn to the right hand side of this page for up-to-date listings of links to other episodes of Arnold Schnabel’s Railroad Train to Heaven, as well as to many of his fine poems.)

I’m afraid I have no game

Oh so true and on many levels.

"The other old people’s names went into one of my ears and exited out the other at the speed of sound."

if you find yourself standing
at the end of your line
looking for a piece of something
maybe a piece of mind
fed up, lost, and run down
nowhere to hold on
tired of, take your place at the end son
we'll get to you one by one