“The Ballad of Addison the Wit” 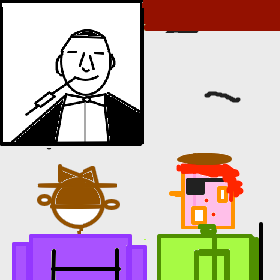 He had a real name of course, although no one knew or cared what it was, because shortly after he began haunting Bob’s Bowery Bar a year or so ago some wag (was it Seamas McSeamas the Irish poet?) had dubbed him “Addison the Wit”, after the character “Addison DeWitt” in the movie All About Eve; the joke, the bad joke being that Addison the Wit was always trying to be scathingly witty just like the character in the movie – trying but abysmally failing.

And now poor Gerry “the Brain” Goldsmith was trapped here at the end barstool on this crowded Friday evening at Bob’s, with Addison sitting to his left and not another empty seat in the house.

Gerry liked to drink (of course he did), but he liked to drink at a gentlemanly, leisurely pace, short glasses of Bob’s basement-brewed house bock, and hardly ever a whiskey. But now, here he had been stuck next to Addison a half-hour by the clock on the wall, a half-hour that felt like a year, and he was already on his third imperial pint of bock and his second double Cream of Kentucky. At this rate he would have to be carried home in another half hour. But what could he do, except suffer, and hope against hope that he would notice a stool open up somewhere down the bar.

He hadn’t said more than three words to Addison this whole time, but that hadn’t stopped Addison and his flow of failed witticisms, oh, no, on and on he and it went –

Addison smiled, he didn’t care, or if he cared he sure didn’t show it, he even turned to his left where the big river boss Tommy McCarthy sat, but Tommy merely glared at him, and Addison quickly turned back to Gerry.

“As if everything at Woolworth’s isn’t normally cheap and tawdry,” he explicated, “but you see, this lady was so cheap that she could have been on sale even at Woolworth’s!”

Gerry merely sighed, and took a good sip of his Cream of Kentucky.

“So,” said Addison, “have you heard about this new Cocteau film at the Thalia?”

Gerry said nothing. He heard words coming from Addison’s mouth, but his brain and the bock and whiskey had filtered the words of any meaning they might possibly hold.

“I find Cocteau to be more,” said Addison, “how shall I put it, more ambitious than artistically successful, but then is not ambition the fatal curse of any artist? By the way, you know what I always say, ‘When I hear the word Art I reach for my peashooter.’ Get it, not my revolver but my peashooter, because, really, isn’t most so-called art –”

“Hey, Addison,” said Janet the waitress. She was transferring some empty glasses and bottles from her tray to the service area at the end of the bar, just to Gerry’s right. “Shut the hell up.”

“I said clam the hell up. Can’t you see you’re boring the Brain to death?”

“But, my dear Janet, Gerard and I are merely having some carefree repartee –”

“Beans,” said Janet. “The whole time he’s been sitting there you haven’t taken a breath from your blathering for one second. Give the poor guy a break and put a lid on it for a while.”

“But nothing,” said Janet. “Why don’t you get it through your thick skull that you ain’t George Sanders, or Clifton Webb, or Monty Wooley, nor Oscar Levant neither. You’re just some boring bum in a bar.”

“Don’t worry, Brain,” she said, “soon as I see a spot open up somewheres I’ll come and get you and you can get free of this idiot.”

She went off with her empty tray.

“Heh heh,” said Addison. “That Janet! Quite the little hellcat she is. The tongue of an adder, and quite a merciless adder at that! Of course she didn’t mean a word of it. Heh heh. Heh heh. Heh.”

And then a strange thing happened.

That one could feel sorry for someone so tedious.

And yet there it was, and Gerry couldn’t deny it.

And then Gerry found himself saying something that before this moment he never would have dreamed he could possibly say, not in a thousand years:

Addison then did something he rarely if ever did: he paused before speaking, and Gerry even thought he could see tears welling in the man’s eyes.

Gerry mentally turned the volume down on Addison’s voice, and raised a finger to attract Bob’s attention.


{Kindly go here to read the “adult comix” version in A Flophouse Is Not a Home, illustrated by the illustrious rhoda penmarq.}
Posted by Dan Leo at 11:37:00 AM