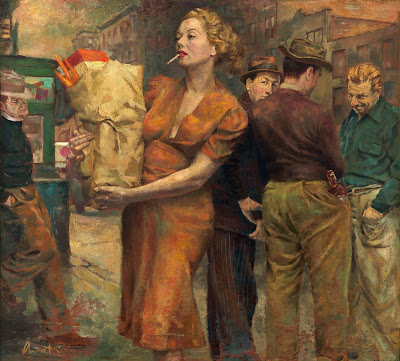 She lived in the teeming slums, a princess amongst the stench and the filth, the squalor and despair, the violence and poverty.

Her parents were dead, but she took care of her younger brother “Bub” and little sister “Bubbles”, always making sure they got to school on time and wearing clothes that were clean even if they did come from the Goodwill.

She worked as a waitress at Bob’s Bowery Bar, and she saved her tip money because someday she would send both Bub and Bubbles to college, so that they could escape from the slums.

Her name? Well, let’s call her Janet. That’s not her real name, but this is a true story, and we know that “Janet” would prefer to maintain her privacy, although she realizes the good her story might do, as both a cautionary and an inspirational tale.

This is the story of Janet, the Princess of Bleecker and the Bowery.