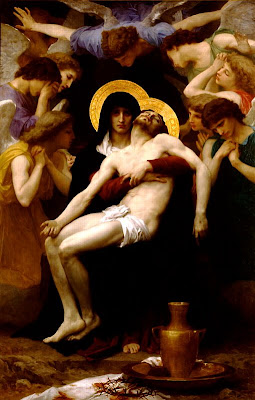 Previously in our Walgreen’s Award-winning serialization of this sprawling masterwork from the trusty Remington Portable of Larry Winchester:

Harvey, Dick and Daphne leave the quaint Quonset hut of the Native American medicine man Paco (where they had been partaking of the sacred peyote ceremony) in the company of a small grey creature in a sailor suit, and board his 60-foot saucer. Inside they discover that the evil international killers Hans Grupler and Marlene have murdered two other little grey men; a gunfight ensues, resulting in the shooting of the little sailor man and the deaths of Hans and Marlene; Dick and Harvey have both caught lead as well, but they are not quite dead yet.

Once again, Larry turns the microphone over to Dick:

So I lie there, and I’ll tell you, you kind of get accepting at this point. No use kicking and screaming. There wasn’t any pain really. Just this feeling of the life just draining out of me, like the air leaking out of a slow puncture in a tire. Daphne was leaning over me, and I sort of wanted to make some kind of farewell to her. Don’t know what I would’ve said. Nothing she didn’t know already. You know. But while I’m thinking this I just kind of slipped under. And then I saw this light and I’m thinking, Oh, right, the famous Light. How cliché, but I guess I really am getting ready to bite the big one now. And then the light starts dimming out, and I feel myself dimming out with it. And I’m thinking, Okay. Here goes nothing.

And then it was nothing.

But then I start to wake up and I see a vague light again and things clear up a bit and I see it’s only this purplish light inside the spaceship, this odd light that didn’t seem to have any source, and the little sailor guy is crouching over me and he’s got one long finger from each hand in each of my wounds, and he’s slowly pulling his fingers out, and the wounds close up behind his fingertips. I swear to God and I’ll show you the scars if you don’t believe me. Look. And look at these exit-wound scars. Like silver dollars.

But it’s sad because Daphne is holding the little guy up and he’s been shot like four or five times in his torso and in his head, and this thick green gloop is slowly oozing out of his wounds, and in the holes in his head I could see what I suppose were his brains, like a dark green caviar.

I’m still very weak, I mean like I’ve taken a couple of body shots from Muhammed Ali, and I lie back again and Daphne sort of helps the little guy over to Harvey who’s bleeding from his thigh and his side, and the little sailor does the same operation on Harvey’s wounds. Funny thing to watch, I’ll tell you.

Then I dozed off again.

And then Daphne is touching my arm and saying she’s going to find a ladies’ room. She’s got that absurd newsboy’s cap on again, but the lights are switched off now. I say okay, and she goes off. I’m lying there in a daze and I look over at Harvey. He seemed to be sleeping peacefully.

The sailor boy was lying over by the other dead spacemen. He was dead too. You could tell. Poor little fucker.

(Go here for our next thrilling chapter. And kindly turn to the right hand side of this page to find an allegedly up-to-date listing of links to many other episodes of Larry Winchester’s A Town Called Disdain™, a Jay Ward Production.)

Naturally, the more advanced life-forms are altruistic. I wonder if the space man could've saved himself if he hadn't worked miracles on Dick and Harvey, and I'm assuming, Daphne. Although, I half-suspect she's an advanced life-form herself.

Kathleen, I hope your question -- about whether the spaceman could have saved himself -- will be answered, eventually.

And I'm with you in your intuition about dear Daphne.

Do they have ladies rooms on spaceships? Or is that just Daphne's naturally lady-like language?

Manny, stay tuned and all will be revealed.