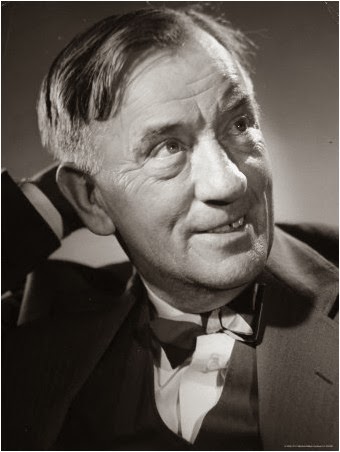 We left our memoirist Arnold Schnabel (currently marooned in the corporeal host of “Porter Walker, a broodingly handsome young poet”) in Greenwich Village’s popular Kettle of Fish tavern, where Arnold has made the acquaintance of America’s ostensibly most-beloved poet…

(Please go here to read our previous episode; if you’re looking for a new obsession that will really impress all the other patients at the rest home you may click here to return to the very first chapter of this 79-volume Gold View Award™-winning autobiography.)

“I actually quite welcomed the recent blizzard as an excellent excuse to stay home and spend several days rereading many of my favorite passages from Arnold Schnabel’s staggeringly brilliant chef-d'œuvre.” – Harold Bloom, in the Parade Magazine Literary Supplement.

He turned and headed for the bar, and I limped along behind him. I saw Norman Mailer and Ben down toward the middle of the bar, and no doubt Ferdinand was with them, lapping up beer and liquor to his heart’s content. Those three hadn’t missed me yet, if they ever would.

The old man went up to the end of the bar, it was one of those bars that had a short section at right angles to the main part, with four or five barstools, and one of them was empty. I saw the old guy pick something up off the seat of the stool, and he was facing me and holding it up when I got there.

I looked at it. It was just an old olive-green nylon army poncho. I had had one just like it back when I was in the service.

“Pardon me?” I said, or, again, shouted, we were both still shouting over the noise of all the drunken people in here and the loud jazz music.

“What were you expecting? Sable? Purple velvet?”

“Let me ask you a question.”

“Good,” he said. “Now let me ask you another question if I may.”

“May I? Ask you another question?”

“Answer me this: me not being a pansy, or a fag – or a fruit – do you think that for one minute I would be caught dead in one of those pansy-ass black sable mantles?”

“Or maybe even worse, one of those faggy purple velvet jobs?”

“This is good enough for me,” he said. He gave the poncho a shake, sort of the way a matador would shake his cape to attract a bull. Not that I’ve ever seen a real bullfight, but I’ve seen movies. “This.”

So, to keep him happy I touched it, even pinched a bit of the fabric between my thumb and finger. It was an old army poncho all right.

“What do you think?”

“Damn straight it’s high quality. Made by the U.S. government. Got it pretty cheap, too, in the army/navy store over on the Bowery.”

“No,” he said. “It’s the mantle of America’s most beloved poet. How many times do I have to fucking tell you?”

“Oh my fucking God you are like a broken gramophone record with this pen and pencil crap.”

He threw the old poncho over the stool, it was a backless stool, the kind that are easier to fall off of.

This was another old guy, but not as old as Bobby. He was wearing a light brown suit and a red bow tie, and he was sitting on the stool to the left of the empty stool with the poncho on it, and he had swiveled around to face me and Bobby.

“Fuck you, Bobby,” said the man, with a tight grin. His hair hung down over one side of his forehead, and it was grey at the temples. He had a beer mug in his right hand and a cigarette in his left.

Robert Frost pointed one of his gnarled old fingers at this new old man.

“Or you’ll what, Bobby?” said the man, and now he wasn’t grinning anymore.

“I am not a fake. I write real poetry, poems people can understand. The kind of poems people like to cut out and stick on their icebox doors with magnets.”

“Let me buy you a drink,” said the new guy. He put his beer mug into his left hand and extended his now-empty right hand. “Eddie Guest. People’s poet. The real people’s poet.”

I took his hand, reluctantly, and I could just tell he was about to start up one of those hand-squeezing contests, so I quickly yanked my hand away after the most perfunctory shake possible.

“At least he doesn’t write this phony sentimental shit like you do,” said Bobby.

“Hey, the people like my phony sentimental shit,” said the man.

“Ah, fuck this, I want a drink,” said Bobby, and he looked in a greedy way at the bar top in front of the empty stool. There was a filmy cocktail glass there, but it was empty.

“I got this round,” said the man. “What are you drinking, Porter?”

“Look,” I said, “I don’t mean to be rude, but I have friends waiting for me down the bar there.”

“All these young punks are rude,” said Bobby, as he attempted to climb up on the empty barstool. He seemed to be having difficulty, so I put my hands on both sides of his bony ribcage and lifted him up on to it. He didn’t say thanks. What he did say was, “I’ll take a fucking Brandy Alexander.”

“Just a beer,” I said, surrendering.

He lifted his mug, drank down the beer that was in it, turned and slammed down the mug, and then yelled down the bar at the bartender:

“Hold your fucking horses, Eddie!” yelled the bartender back.

“Ha ha, I love that guy,” said  Eddie. “Squeeze in here, Porter, in between me and Bobby.”

I moved in between them. One beer, and I would try to get a pen or a pencil from these madmen, or from someone, anyone.

Eddie put his arm around my waist. It felt like a snake somehow, a boa constrictor maybe, but then my nerves were on edge. He yelled into my ear:

“What was your name again?” I said, which was a stupid question really, because I didn’t read anyone’s poems.

“Guest, Eddie Guest. You must have seen at least some of my poems, or maybe you’ve heard me on the radio, or seen me on TV?”

“Well, I don’t really watch much TV,” I said, which wasn’t true, I watched TV, but mostly westerns or shows like M Squad or Mike Hammer. “By the way, I wonder if I could buy a pen or a pencil from you.”

“Here we go,” said Bobby. He had taken out a pack of Lucky Strikes, and he lit one up with a paper match. “Fucking kid’s obsessed with finding a pen or a pencil.”

“It’s that fucking book he’s carrying around,” said Bobby. “Wants to fill it up.”

“Yes,” I said, yelled, almost screamed. “I just want to find a pen or a pencil so I can write something in this book.”

“I mean, if you’re possessed of the poetic urge, I guess you just got to let it rip, right?”

“No harm in that. What are you going to write?”

“I like that,” he said. “A poet who doesn’t want to talk about his work. This is very rare. But I like it. You know what’s the only thing more boring than poetry?”

“He’s all right for a young punk,” said Bobby. He tapped his cigarette with his finger and the ash fell down onto his lap. He left it there.

“He’s got sand,” said Eddie. “Reminds me of me when I was a young hellion. But you’re wrong, Porter.”

“Yes. There is just one thing more boring than poetry. You know what that is?”

I wanted to say, Yes, being here, now, stuck in between you two, but I wanted that pen or pencil, so I said, “No.”

“I’ll tell you what’s more boring than poetry,” he said. “It’s a poet talking about his fucking poetry! Ha ha!”

He stared at me.

“You’re not laughing,” he said.

He took his arm away from around my waist and gave me a clap on the back.

Then the bartender was there, and he laid down what I presumed to be a Brandy Alexander and two mugs of what I hoped was beer.

Eddie tapped a pile of bills on the bar in front of him.

He took Eddie’s empty mug and Bobby’s empty cocktail glass and he headed back to the cash register.

“Love that guy,” said Eddie. "Guys like that, that’s who I write my poems for.”

“No, I don’t think so,” said Bobby. He lifted up his drink, glaring at Eddie, or maybe that was just the way he looked at everybody, or at anything. “You know who reads poems?”

And then he took a drink of his Brandy Alexander.

(Continued here, and for somewhere roughly between fourteen and nineteen more years, and possibly even much longer.)

(Kindly look to the right hand column of this page for a somewhat frequently updated listing of all other published chapters of Arnold Schnabel’s Railroad Train to Heaven©, a Horace P. Sternwall Enterprises© production ; also published in the Collingswood Patch™: “A journal fitting for a town small in size but large in spirit.”)

These two old poets made me laugh, and Arnold/Porter, I really needed to laugh.

Glad to be of service, Kathleen!