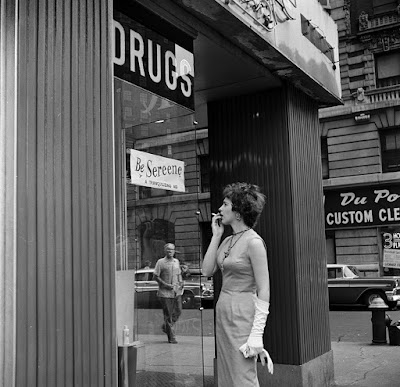 The noted psychiatrist Dr. Blanche Weinberg had not seen Pete Willingham in almost a year, since his last court-mandated session, and so imagine her surprise when her receptionist Donna told her that Peter Willingham had made an appointment for Wednesday at three.

Dr. Blanche had worked with Pete off-and-on for five years, but the work had always been done on a judge’s orders, and her fees had been paid by the city. This would be the first-ever time that Pete had made an appointment of his own volition – and apparently at his own expense. She had to admit she was madly curious.

Pete went right over to the couch and lay down.

“You surprised I made an appointment, Doc?”

“Let’s talk about you, Peter.”

“Maybe you heard about how I’m a playwright now.”

“I certainly have, Peter, and not only that, but I saw your play.”

“No kidding? You see it at the Demotic Theatre or after it moved uptown?”

“Well, Peter, I saw the original production at the Demotic, and then I went again when it moved to Broadway.”

“I liked it very much, Peter.”

“Hey, that means a lot to me, Dr. Weinberg. Because you know what? I don’t think I ever would’ve become a playwright without these sessions I had with you.”

“So maybe I should talk about why I’m here.”

“I’ve missed these sessions. Since you last saw me I converted to Catholicism, so’s I could have somebody to talk to, in confession I mean, and that’s great, but somehow it ain’t the same, being able to just lie on this couch and talk and know that somebody’s listening. And so if it’s okay with you I would like to like resume our sessions, on account of I think it will help me.”

Pete paused. He took out a pack of cigarettes, but he didn’t take a cigarette.

Then he began to talk, and he never did light up a cigarette.

“It certainly did, Peter."

“So I’ll see you next Wednesday, same time.”

“I look forward to it, Peter."

“By the way, here’s a couple tickets for the opening night of my new play at the Demotic this Friday night, if you ain’t doing nothing.”

“Did you get married yet?”

“What about a boyfriend? Good looking woman like you I mean.”

“Yes, Peter, I am seeing someone.”

Joe McIntyre, her colleague at Bellevue, and married with two kids, but Pete didn’t have to know that.

“So bring your boyfriend maybe.”

“I’m not sure if he’ll be able to make it actually.”

“So bring your mother, or a friend.”

“I’m sure I’ll find someone to accompany me, Peter.”

“Good. By the way, I changed the names.”

“You changed the names?”

Two tickets for “On the Couch, a new play by Peter Willingham. Directed by Artemis Boldwater, and starring Angus Strongbow as ‘Pete Cunningham’, and Hyacinth Wilde as ‘Dr. Maude Steinberg’.”

This is just what my social distancing days need.

So happy to oblige, Jennifer, and thanks so much for reading and commenting!