“New Year’s Eve at the Sanitarium” 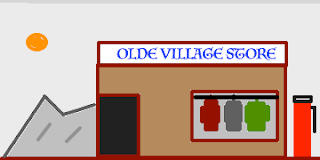 It was cold up here in the mountains, and when Philip came here this most recent time he had only brought his old Brooks topcoat. In his wanderings through the environs of the sanitarium he had noticed a general store in the village down the hill, and the store had coats in its window display, and so today, December 31, he decided to walk down and buy a winter coat after lunch.

Philip was heading through the reading lounge towards the front door when Edna got up from a chair and intercepted him.

“Are you going for a walk?”

“Yes. I was just going to walk down to the village and buy a winter coat.”

“Oh, my God, I need a winter coat! I came up here only with my light fall coat, and I absolutely freeze every time I go outside.”

“Is that topcoat all you brought up here?”

“I didn’t plan at all. All I did was cry while my husband threw some clothes in a bag and drove me up here.”

Philip had heard it all before, but, let’s face it, everyone here repeated themselves a lot, including Philip. Edna was staring at him in that way she had. She never invited herself to go on a walk with him, but she always assented readily when he did invite her.

“Would you like to walk down to the village with me?” he said. “I did see some ladies’ coats in the window of the –”

“No, of course not. It’ll be nice to have some company, and maybe you can help me choose a coat.”

Philip knew what that meant, but what else did he have scheduled for his day, except for the afternoon group session, and that should be a ball, a bunch of drunks whining on New Year’s Eve. He sat down in the same easy chair Edna had vacated and picked up a magazine.

A half hour later Edna was there, with her fall coat on. Philip didn’t ordinarily notice much in the physical world, but even he could tell that she had fixed her hair and her makeup.

“Sorry I took so long. What are you reading in the New Yorker?”

“It’s a story about a man who’s considering suicide.”

“Does he commit suicide?”

“I don’t think so, because it’s written in the first person.”

“Maybe he wrote the story after he committed suicide.”

“Maybe so, but I think it’s going to end with him deciding not to.”

Outside the world was white, but the path to the road had been shoveled, and the road had been plowed, tall smooth rounded ridges of snow on either side of the road. They walked together down the middle of the road in the cold air. The snow was a flat thick white, and the sky up above the black branches of the trees was almost the same color as the snow, or the same lack of color.

Edna was young and pretty, but Philip didn’t want to get involved, that was the last thing he needed. Sometimes they would walk without speaking for a quarter of an hour, and then Edna would start talking, and talking. Philip didn’t mind. Listening to her troubles kept him from thinking of his own.

They had walked in silence for about five minutes when suddenly Edna put her gloved hand on Philip’s arm.

“What are we going to do tonight?”

“It’s New Year’s Eve! The whole world will be drunk and celebrating, and we’re going to be stuck in this dreary sanitarium!”

“It could be worse.”

“How could it be worse?”

Philip took out his cigarettes, offered her one, which she took. Edna always took a cigarette, even though she smoked a different brand and usually had her own. He lighted the cigarettes with his lighter. The smoke rose up slowly in the cold air. She looked away, into the woods, and then looked back at him.

“You’re right,” she said. “It could be lots worse. Do you know what I did last New Year’s Eve?”

“Oh, right, I talked about it in group.”

“But my husband’s brother!”

“Well,” Philip said, after a brief pause, “I guess that’s why we’re here.”

“You mean in the sanitarium,” she said.

“Not here on this road in the freezing cold.”

“Well,” said Philip, after yet another pause, “yes, we’re here on this road because we’ve misbehaved on New Year’s Eves in the past.”

“And we don’t have to get stupid drunk just because the rest of the world is doing so.”

“Okay, let’s go into the village and buy those coats.”

And they started walking again. They managed to walk right by the town tavern without going in, and at the general store they both bought matching Mackinaw hunting coats and sturdy rubber boots.

{Please go here to read the “adult comix” version in A Flophouse Is Not a Home, illustrated by the one-and-only Rhoda Penmarq…}
Posted by Dan Leo at 2:42:00 PM