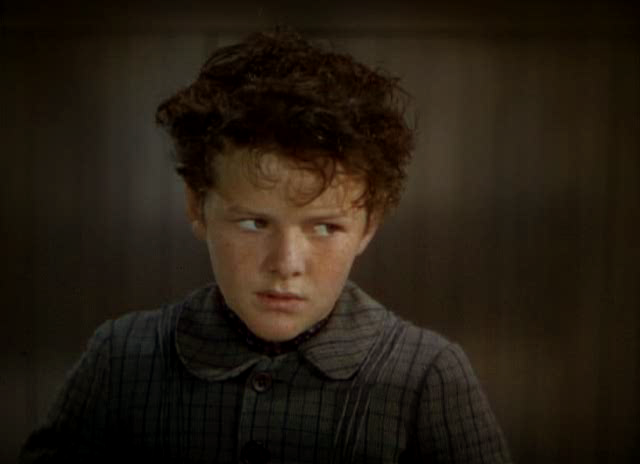 Let’s rejoin our hero Arnold Schnabel, currently inhabiting the corporeal form of “Porter Walker, handsome young bohemian poet”, a character in Ye Cannot Quench (Harcourt, Brace; 1960) by Gertrude Evans, the author of such other forgotten bestsellers as Green My Eyes, Black My Soul; The Temptation of Reverend Cartwright; and An Empty Pit Where Once Was My Heart...

(Kindly go here to read our previous chapter; in case you’re home with the grippe and have nothing to read, just click here to return to the faraway beginnings of this Gold View Award™-winning 62-volume masterpiece.)

“I should have suspected I would catch cold last week when I dined at the local Red Lobster and my waitress kept having to blow her nose. Fortunately I have my Kindle and Arnold Schnabel to keep me company as I sit with a rug on my lap by a roaring fire and with a hot toddy close to hand.” — Harold Bloom, in his “Bookish Chat” column, The Olney Times.

Moniker. That word again, which, except in movies or TV shows, I had never heard spoken before yesterday, that yesterday which felt like more than four or even forty years ago.

“I say what’s your handle, partner,” said Tom. “Unless you’re one of these mysteriously unnamed characters, or maybe like an anonymous first-person narrator?”

“Porter Walker? Sounds like a high-class, kind of fancy name. You sure this book you were carrying wasn’t one of these critics’ darling literary affairs?”

“Well, my name’s Tom,” said the young fellow, and he held out his hand. I gave him mine, which was only a little numb from this Paul guy’s big mitt squeezing all the life out of my arm.

“Hi, Tom,” I said. It seemed like he was all set to perform one of those long and lingering handshakes, possibly combined with a contest to see who could squeeze the other’s hand the hardest, so I quickly pulled mine away again. “Now if you could just direct me to the men’s room —”

“That’s the only reason he come in here,” said the big guy, Paul. He was filling his big corncob pipe from a leather pouch that I think he had pulled out of his pants pocket, but it was so big I wasn’t sure how he could have stuffed it into one of his pockets, even though they were pretty big dungaree pockets. But then I also didn’t care.

“May I ask why you didn’t just use the men’s room upstairs?”

“It was Melville, Cooper, Hawthorne, Emerson,” said Paul, striking a wooden match on the sole of his boot, and then putting the light to his pipe. “Them guys.”

“That’s what I said,” said Paul, drawing on that big pipe of his.

“Damn them straight to their bore-ass hell,” said Tom.

“Exactly what I said,” said Paul. He waved the match out and then tossed it to the floor. “More or less, anyways.”

“They keep this kind of shit up they’re going to lose their men’s room privileges entirely,” said Tom.

“Serve ‘em right,” said Paul, puffing in a contented-looking way on his pipe.

While all this was going on the jazz combo played, loudly, and the people packing this barroom shouted and laughed. No one cared about me and my little problems. Except for this Tom kid, and, maybe, this Paul guy.

“Tell me something,” said Tom, to me. “Why didn’t you just shove ‘em aside? These bore-asses.”

“Well, they had me surrounded,” I said. “And then two of them started fighting.”

“I think it was the one called Emerson and that other one called Fenmore I think.”

“Yes,” I said. “I just wanted to get out of there, and, anyway, there were long lines for all the urinals.”

“Yes,” I said. “It was very crowded. And it smelled really bad.”

“So you just beat a retreat.”

“Nothing to be ashamed of.”

“In a case like that no one’s going to call you a coward.”

“You did what you thought best.”

“No one’s pointing the finger,” he said.

“When I was a young boy it was so much simpler. I would just go off into the weeds.”

“Same with me,” said Paul. “Just go off into the trees. Nothing like it.”

“The sky above, the earth below,” said Tom.

“Just you and Mother Nature,” said Paul, except because of his accent it sounded more like “Mudder Nature”.

Tom took a little puff on his pipe.

“No bore-asses,” he said, looking at me.

“I hope you’re going to stay for a drink.”

“’Course there’s no obligation. Not if you’re one of us.”

“Okay,” he said. “Just head back that-away,” he gestured with the stem of his corncob pipe over his left shoulder. “Go past the bandstand and the end of the bar. You’ll see a cigarette machine. Right on the other side of it is a door.”

“It’s the green room, where the musicians can relax between sets.”

“Have a drink and a smoke. Maybe even blow some reefer. It’s their business. They’re artists.”

“Don’t go in there,” he said. “Keep going just a little bit and you’ll come to a corridor going off to the left.”

“Yes,” he said. “But you don’t really have to remember that because it only goes to the left.”

“Okay,” I said. “So just go left down this corridor? Thanks.”

“A the end of this short corridor there’s a wall, but the corridor splits off in two directions, right and left again.”

“At the end of this left hallway you’ll find two doors facing each other.”

“Take the door on the left. That’s the men’s room.”

“I can say it all again if you’re not sure.”

“Should be and used to be. Except somebody stole it.”

“Stole it right off the door. The ladies’ room sign, too.”

I didn’t care. My bladder was about to burst.

“The men’s room sign showed a pointing dog.” he said. “And instead of saying ‘Men’ or ‘Gentlemen’, it said ‘Pointers’. Get it?”

“Ladies’ room had one with a sitting dog, and it says —”

“You’ve seen these signs before.”

He put the stem of his pipe to his lips and sucked on it, but apparently it had gone out. He looked into the bowl, then turned the pipe over and tapped it out on the forefinger of his other hand, letting the ashes fall to the sawdust below. Then he looked at me.

“I know what you’re thinking.”

“You’re thinking, who would do such a thing? Steal a silly sign like that. Two silly signs.”

This Tom kid just stared at me.

“Okay," he said. "So you don’t care. Fine. But listen. And listen good. There are people in here who might tell you I stole those signs. But I didn’t. My days of such mischievous, boyish pranks are behind me. You got that?”

“Maybe after you go we can have a drink. You can tell me your story. You probably already know mine of course.”

I started to go.

“But just remember.” He pointed the stem of his pipe at my nose. “I didn’t take those signs.”

“Okay,” he said. “Tell you what, after you finish your business let me buy you a drink.”

“He serious,” said that big Paul guy. “He dead serious.”

“You got those directions?”

“You better hurry then.”

Without another word I set off across the room, limping —because, yes, my leg still hurt — making my way through some tables all filled with drinking and laughing people, and up to the bandstand, which had a bunch of other people standing near it, listening to the music, and shouting encouragement and their appreciation to the musicians, and I was just about to go past the bandstand and the end of the crowded bar when someone grabbed my right arm, the same arm that that big guy Paul had just been hanging onto.

(Continued here, and while strength endures.)

(Please turn to the right-hand column of this page for what may well be a  current listing of links to all other published chapters of Arnold Schnabel’s Railroad Train To Heaven©. Now also appearing in the Collingswood Patch™: “South Jersey’s last bastion of literacy.”)

Porter's maintained much longer than I could. Perhaps he should just use an empty beer mug.

I think he might be going for some kind of world record here.