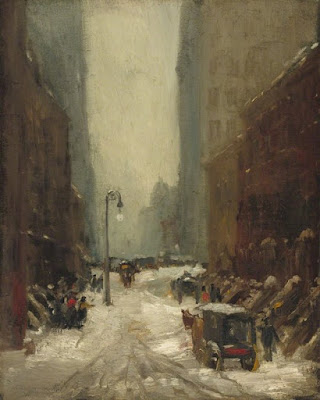 “Confucius says that he who speaks unceasingly of himself is the most tedious of men.”

Gerry “the Brain” Goldsmith had opened the very first of the dozens of schoolboy composition books he had filled over the years with the raw materials of his “book of philosophical reflections”, and this was the very first sentence he had written. He had not dated the entry, but he remembered the day well. He had brought several of the black-and-white marble copybooks with him when he went to Paris to learn how to be a writer of some sort after his graduation from Harvard in 1927, and after a year-and-a-half of lounging in cafés, one blustery cold winter’s day at the Café de Flore he opened this very copybook, licked the point of his pencil and wrote that first sentence.

And it was brilliant! No need to revise or rewrite it at all.

So today was the day when he would finally begin to type up his magnum opus. If even half the sentences in all those piles of copybooks were even half so brilliant, his work would not be so hard at all – after all, had he not been working, in his way, all these past, what, twenty-six years or so, (mathematics was not his strong point)? After all, even on those days when he had only written one sentence, that was work, of a sort. In fact, even on the many days when he wrote no sentences, that was work also, because some days it was best to let the brain lie fallow, to let life flow through one’s soul and brain, and when an aperçu was ready, well, then as likely as not it would rise up from the depths, fully-formed, just as the Confucius sentence had done.

In fact Gerry had never read Confucius, and he had made up the sentence from whole cloth, but the false attribution was part and parcel of the beauty of the sentence, for by ascribing this morsel of wisdom to the ancient Chinese philosopher, the young Gerry was living that wisdom, by effacing his own authorship of the thought. Brilliant!

Gerry had set up his old Royal portable (rescued, at long last, thanks to his late Aunt Edna’s unexpected bequest of an incredible one thousand dollars, from Iggy’s Pawn Shop, where it had languished on the shelf these past twenty years) on his little table in front of his window that looked out on the Bowery and the El tracks. He had inserted a new ribbon and a fresh sheet of paper. Now it was time to begin.

In the upper right corner  of the sheet he typed the number “1”, and he was all set to type up the Confucius sentence when he remembered that he needed to type in the title of his book.

But what was the title? He had come up with so many titles over the years. Droppings from a Broken Sky. Hello from Hell. Zero Is Not a Number. The Song of the Mute Man. Don’t Say You Kant When You Can…

He was seriously thinking of going back to Pensées for a Rainy Day, but he wasn’t quite sure, and so he decided, for the nonce, to leave the space for the title blank, and instead went right to the byline:

Nobody called Gerry “Gerard”. In fact nobody called Gerry “Gerry”. His landlady, nice young Mrs. Morgenstern, called him Mr. Goldsmith, but all the gang at Bob’s Bowery Bar always called him "Brain'. But you couldn’t write a book of philosophical reflections and sign it “Gerry Goldsmith”, nor could you sign it “Mr. Goldsmith”, or, God forbid, “the Brain”. His middle name was Llewellyn, but, no, “Gerard Llewellyn Goldsmith” sounded far too pretentious, so “Gerard Goldsmith” it would have to be.

Now what? Should he write an introduction, or an author’s preface? No, that was boring, no one ever read that stuff, or at least Gerry never did.

No, better just to dive right in, and so, copying from the old and water-damaged composition book laid open at his left elbow, he typed out that first sentence, rather surprisingly making not a single error:

“Confucius says that he who speaks unceasingly of himself is the most tedious of men.”

Gerry realized he was hungry. What time was it? He had no idea. He had long ago pawned his old Wittnauer pocket watch, as well as his alarm clock, but it must be going on well into the late afternoon at least, and he hadn’t had a thing to eat yet today. In fact, all he had eaten for the past week had been day-old pumpernickel, butter, and eggs that he boiled himself on his little hot plate, and with no bock beer at all.

Today was two-for-one hot dog day down at Bob’s Bowery Bar, and so Gerry decided that he had done a good day’s work, and now it was time for some food and refreshment.

Outside his grimy window, snow began to fall out of the grey sky onto the Bowery and over the El tracks, over the rooftops and the smoking chimney pots and the dirty brown buildings, the first snow of the winter, and soon the ugliness and despair of these streets would be made beautiful, for those like Gerry who could see the beauty.

He left the sheet of paper in the typewriter, all ready for tomorrow’s work, and he put on his threadbare old chesterfield coat and went out and down the six flights of stairs and then around the corner to Bob’s.

One thing he was sure of, he wasn’t going to tell any of the guys and gals at Bob’s about Aunt Edna’s bequest. He may be a philosopher, but Gerry was no idiot!