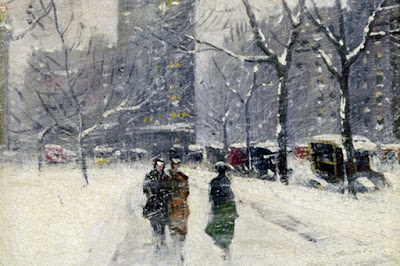 “Everybody has a point in his life when he begins to live more in the past than he does in the present, and once that point is reached it’s all downhill to the grave.”

Today was the second day of Gerry “the Brain” Goldsmith’s “typing up” of his book of philosophical reflections, and the above sentence was the second in the first marble composition book of the dozens he had filled over the past twenty-six years.

The sentence, written when Gerry was still but a beamish lad of twenty-two, gave him pause. How had he attained such wisdom at such a tender age?

He remembered the time and the circumstances well: his second year as a committed flâneur in Paris, living comfortably off his fifty-dollar-a-month remittance, residing in a cheap hotel on the rue Claude Bernard, sleeping until mid-afternoon every day, spending his time sitting in cafés, walking aimlessly, and going to movies, until that one windy and cold winter’s day at the Café de Flore when he had finally begun “to write”. He wrote one sentence that first afternoon, and then, deliciously exhausted, he took a stroll by the Seine, and then popped into a movie theatre to see the new Garbo. Then a few glasses of bock at the Dome, a croque-monsieur, a chat with some French students, most of which went over his head, but he pretended to understand anyway. A couple of more bocks and then back to the rue Claude Bernard and to bed.

The next day he brought his copybook with him to the Flore again, and sure enough, he came up with this second of his philosophical reflections:

“Everybody has a point in his life when he begins to live more in the past than he does in the present, and once that point is reached it’s all downhill to the grave.”

He remembered being so struck by the profundity of the thought that he felt his work for that day was done, and he closed up his notebook and ordered another café express. All of life beckoned to him, and, being only twenty-two, he still lived in the present.

Gerry typed up the sentence, changing not a word.

He gazed out of his grimy window at the snow-covered rooftops of the Bowery, at the chimney pots breathing smoke up into the ashy grey sky. The elevated train came roaring by from uptown, filled with people who had jobs, going to their homes, and Gerry thanked God, if there was a God (and this was a question he intended to grapple with at the appropriate time, or times, in his book) that he had no job and had never had a job; he closed his eyes in a sort of ecstasy, and when he opened them he was twenty-two years of age, going on twenty-three, sitting at his favorite table in the Café de Flore, looking out the window at a grey wintry afternoon on the Boulevard St. Germain. He was young again, or still. The life of the forty-eight-year-old failure of a remittance man had all been a long and not even very vivid dream, and now real life in all its glory and possibility lay spread out before him!

Gerry ordered another café express, and he re-opened his composition book with its black-and-white marbled cover. He licked the tip of his #2 pencil. He felt another brilliant thought coming on, and he had only to allow it to emerge.


– Café Express, and Other Tales of the Bowery, by Horace P. Sternwall, an Ace Books “paperback original”, 1955; out of print.