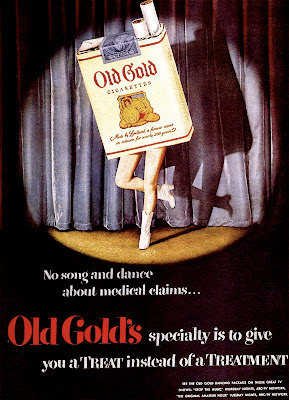 Return with us now to Enid’s Café in the eponymous town of this epic tale from the battered old Underwood of Mr. Larry Winchester, on a September afternoon in the year 1969.

Ho Chi Minh has died a few days ago. The US Army has just brought up Lt. William Calley on charges of murdering civilians at My Lai in March of the previous year. Woodstock and the Moon landing and the Charles Manson murders all happened the previous summer. "Sugar Sugar" by the Archies has begun its relentless climb to the top of the charts.

Doc Goldwasser came into Enid’s, put his hat on the counter, and asked for a pack of Old Golds and a quick cup of coffee.

Enid knew the Doc generally took a nap around four o’clock every day after his afternoon dose of tincture of opium.

“Ah, hell, the Johnstone girl apparently took another one of her nervous fits and Jake wants me to come out.”

“I see you’re just rushing to get there.”

“She ain’t goin’ nowhere, and I gotta wake the fuck up.”

She could tell by his eyes he was loaded.

“I just swallowed a Dexedrine. I’ll be all right in a few minutes.”

He was fumbling with the cellophane on the cigarette package.

Enid took the pack out of his thin veiny hands and opened it up for him, pulling off the little scarlet ribbon with her teeth. She tapped a cigarette partway out, and the Doc leaned his head forward and took it in his lips like a bald bird pulling a worm from the ground.

She lit him up with her lighter, and he breathed it in and sighed.

The Doc had his hand on the little chipped cream pitcher, but he didn’t seem to have the strength to lift it.

Enid took the pitcher out of his hand and fixed his coffee for him, lots of cream and a full three seconds of pouring from the sugar dispenser. She stirred it up for him. Her muscular wrist was encircled with about a dozen bracelets of various sorts and they made a pleasant tinkling sound over the reassuring pick-pocking of the spoon stirring the turbid coffee in the thick ceramic cup.

“Now you’re gonna have to drink it your own self, Doc.”

Taking the cup in both hands, the cigarette sticking out between his fingers, the Doc lifted the cup up as he lowered his head and he drank.

He sighed again and then drank some more and then put the cup down.

Enid lit up a Kool and leaned her elbows on the counter and looked at the Doc looking at his coffee.

He looked up and she looked right in his eyes and then he lowered his gaze again to his coffee.

“Thank you, Doc. Why don’t we get together sometime?”

“Enid, the next time I get an erection I’ll give you a ring. But don’t hold your breath.”

The Doc was only about fifty or so but he looked and acted ten or fifteen years older. Still Enid thought there was something attractive about him. He must have been quite good-looking when he was young and not using junk.

The Doc didn’t trust himself to shave and so he had Bub the barber shave him every Saturday, and he couldn’t be bothered to comb his hair so Bub gave his remaining grey hairs a fresh buzz cut the first Saturday of every month. Today was a first Saturday and so he was freshly shaved and buzzed.

He was very slender and his eyes behind his steel-rimmed glasses were pale blue. The backs of his hands were tanned and spotted from driving through the hills and the desert and the plains to and from his farflung patients. The grey poplin suit he usually wore was old and faded and wrinkled, sprinkled with food and coffee stains and spotted with cigarette burns. His shirt was yellowed and the cuffs were frayed.

The Doc felt on the verge of thinking he should say something
but he couldn’t think of anything worth saying. He looked out of the corner of his eye at Enid’s breasts where they leaned over the counter. She was wearing a low cut white Mexican blouse with red and gold embroidery. A tendril of her curly sunstreaked hair had drifted down in between her fine tanned breasts.

Well, at least he still had enough of a sex drive to look, anyway.

“Tell ya what, Doc,” said Enid, “you get yourself cleaned up and we’ll see what we can do, you and me.”

“That’s damn nice of you to say that, Enid.”

He saw a piece of ash fall from his cigarette into his coffee. He saw that Enid saw too, but he picked up the cup anyway and finished it off. He put the cup back in its saucer, picked up his old ash-colored Homburg, put it on, and got up. He fished a couple of crumpled dollar bills out of his pocket and put them on the counter.

He went out into the grey afternoon, flicked his cigarette into the gutter and then got into his army surplus Jeep with the winch in front that he’d bought when he first set up practice in Disdain back in early ‘46.

He turned the key and his right ear started to ring. He let the motor run and put his index and middle fingers on the lump behind his ear where a piece of shrapnel was imbedded in the bone. He kept up the pressure on this surgically inextricable shard of metal that had caused him constant pain for twenty-five years except for when he dulled it away with drugs, and when he lifted his fingers after a minute the ringing was gone, for the time being.

Click here to go to our next chapter. Turn to the right hand side of this page for links to other episodes of Larry Winchester’s A Town Called Disdain. And now a word from Mr. Lee Hazelwood and Miss Nancy Sinatra:

I'm getting a smoker's hack just reading this stuff. But that was the 60s for you. It's amazing anyone lived past 40 in those days.

Three posts in one week? You have Father Mark's (and Fahey's) permission to get F...ed up tonight (as he blesses himself like Tuco in The Good the Bad and the Ugly.

Maybe this guy could do the score for Larry:

Marcus: Morricone is the only man to score Larry's masterpiece.