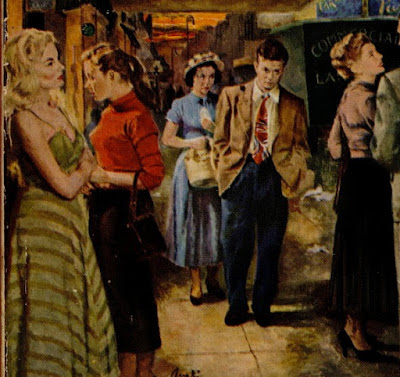 Pete didn’t mind. Getting fired was just the push he needed. He had just finished a correspondence course in public speaking, and he had saved up close to one hundred dollars, so he packed up his cardboard suitcase and took the bus for New York City, where he intended to realize his dream of having his own radio program, and then people would listen to him, they would listen to him good.

(Scroll down the right hand column of this page to find a listing of many more excerpts from the sadly-obscure oeuvre of Horace P. Sternwall.)
Posted by Dan Leo at 2:53:00 PM

If he can hang on and is truly obnoxious, he can blow hard to receptive reactionaries by the millions. Maybe he'll even become a contender for the Republican Presidential Debates. I've heard they like people with no political experience.

"A vote for Pete is a vote for the People!"