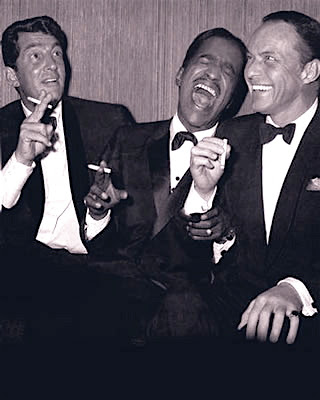 Our previous episode of these memoirs of the legendary poet and sometime madman Arnold Schnabel found our hero sitting beneath an oak tree in the backyard of his aunts’ boarding house with Miss Charlotte Rathbone and her mother and his friend Steve, who may or may not be Arnold’s personal lord and savior.

A hot afternoon in that magical August of 1963, in the town of Cape May, New Jersey...

Miss Rathbone said nothing to this, not smiling but not frowning either, and continued to read my poems.

He poured himself another glass of water from the flowered plastic pitcher, his cigarette between his lips.

“You treat her right or you’ll have me to deal with.”
Steve took another big drink of water.

“Thrash me with your cane?”

“I’ll thrash you soundly with my cane.”

“Then I assure you I will be the perfect gentleman.”

“You shouldn’t read in front of guests, Charlotte,” said her mother. “Put Arnold’s poems away and read them later.”

“How about if I strike you over the head with this book, you old bat.”

“Are you still sure you want to go out with her, Steve?” said Mrs. Rathbone.

“What about you, Arnold?” she said.

I thought about this for a moment.

“You men have it made,” she said. “The world is your oyster. We women have to content ourselves with being the oyster.”

Miss Rathbone made a snorting sound but I didn’t know if she was snorting at what her mother said or at one of my poetic phrasings.

This was someone calling from our neighbor’s driveway on the Perry Street side. I turned and saw it was group of men who had just pulled up in a long white Cadillac convertible. They were all wearing sunglasses, and one of them was a Negro.

“Can you help us out?” called the guy from behind the wheel.

Steve put his hand on my arm, I didn’t know why.

“Oh,” I said. This was the address of where Dick and Daphne and Daphne’s father Mac were staying. I thought I remembered Dick saying it was Mac’s mother’s house or something like that. “It’s right down North Street,” I said. “The corner after the next corner.”

“Next corner after the next one,” said the guy.

“Yeah,” I said, “just back on out and go that way,” I pointed to the right. “Not the next corner but the one after.”

“Great, thank you very much. We have a cook-out to go to.”

The guy waved, backed out, and drove off down the street.

Steve only now took his hand off my arm.

“Do you know who that was?” he asked me.

“It was Frank Sinatra!”

Miss Rathbone looked up from my poems.

“It was,” said Steve. “And that was Sammy Davis, Jr. in the car with him, and Dean Martin and Joey Bishop!”

“Who was the other fellow?” said Mrs. Rathbone.

“I’m not sure who the other guy was, but I think I might have seen him on TV or in the movies.”

“Was it, what’s his name, Peter Lorre?” said Miss Rathbone.

“You mean Peter Lawford,” said Steve. “No, it wasn’t him.” He dug into his pocket and took out a
VFW matchbook, opened it up and read something on its inside. “I knew it. 200 Windsor.” He held out the open matchbook for everyone to see. “That’s where we’re going tonight, Charlotte. The cook-out.”

Mrs. Rathbone took the matchbook out of his hand and held it close to her eyes.

“I’ll be hornswoggled,” said Mrs. Rathbone. “You’re sure that was Sinatra?”

“I don’t know how I feel about Charlotte going to a party with Negroes.”

“You behave yourself there, young lady, with these movie stars and Negroes.”

“I fully intend to dance the Watusi with the first Negro I see there. With Steve’s permission of course.”

“Oh, I wouldn’t have it any other way, Charlotte," said Steve. "What do you think, Arnold?”

“About Sinatra and those guys going to the cook-out?”

“Are you coming tonight?”

“You have to come. Are you bringing Alicia?”

“Are you bringing Elektra.”

Mrs. Rathbone had lowered her chin to her chest and was now apparently sleeping. Steve reached across and took his matchbook out of her fingers. Miss Rathbone had gone back to reading my poems. I suddenly felt very sleepy myself.

“Are you going up to your room?” asked Steve.

As in a dream I got up from the chair and climbed into the hammock that hangs between the oak tree and a hook at the back of the house. {See Arnold’s classic poem “The Hammock”. — Editor} I laid my forearm over my eyes. I felt myself suspended between the heavens and the earth.

I breathed in the warmth of the day.

I could hear Steve and Miss Rathbone quietly talking, but their words made no more sense to to me than the sound of the rustling oak leaves above my head.

(Click here for our next thrilling chapter. Kindly look to the right hand side of this page for up-to-date listings of other episodes of Arnold Schnabel’s Rairoad Train to Heaven as well as to many of his classic poems.)

Why's Arnold so sleepy? Did Mrs. Rathbone put something in his drink or his sandwich?
Sorry for all the questions, but Mrs. Rathbone said, "hornswoggled." Is that a clue?

I was wondering the same thing.

I think Arnold's sleepiness has more mundane explanations: the large gin in Gertrude Evans's room, his modest lunch, the glass of Sancerre, the hot day.

Also I think Arnold has certain childlike qualities. A period of excitement (the clinch with Miss Evans) can be followed by an almost involuntary nap.

Gin and wine in the afternoon tends to make me sleepy. A nap before the cocktail hour is recommended by most doctors.