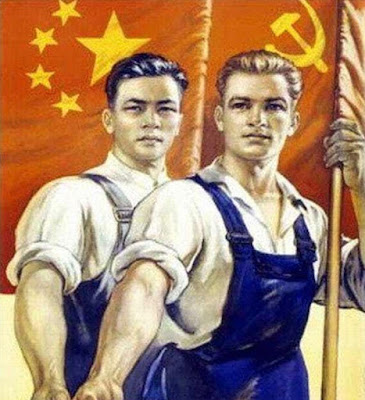 Once again Judge O’Hara had made it a requirement of Pete Willingham’s probation that he receive psychiatric help, and so here he was back on Dr. Blanche Weinberg’s couch.

“Well, Doc, I guess you know I copped an insanity plea again, so here I am.”

“Well, strictly speaking, Peter, not insanity per se. It’s more that Judge O’Hara and my colleagues at Bellevue feel that you –”

“Yeah, yeah, I know, I know, I gotta learn how to control my emotions and all.” Peter sat up. He always had trouble remaining in a supine position for more than a few minutes. “Does it say there in them papers what I got arrested for this time?”

“Incitement to riot, assault with a deadly weapon –”

“Do you consider a bottle of Tokay a deadly weapon? And it was in a paper sack too, y’understand.”

“I’ll admit that a bottle of Tokay may not fit the traditional idea of a deadly weapon, but I think you have to admit, Peter, that if you struck a person hard enough on the head the blow might prove fatal –”

“Not these Commie hardheads. A baseball bat, maybe. But a bottle of Tokay, and it wasn’t even a full bottle? I ain’t stupid, Doc. You think I’d waste a full bottle of Tokay smashing it on some Commie’s head? I made sure I had drunk every last drop out of that bottle before I tried to smash it on that Bolshevik’s head. And, anyway, I didn’t even hit the guy’s head. He stuck his arm up and blocked it and that was when he hit me with a right cross. Big dumb Commie bull.”

“Well, I think the broader issue, Peter, is that you should learn not to attack people at all, with or without a deadly weapon –”

“You shouldn’t hit people at all, Peter.”

“But these Commies were protesting, preaching their Communist propaganda, what am I gonna do, let ‘em get away with that?”

“Yeah, I guess you’re right. Even if they are Commies. Let me ask you something, Doc. You’re Jewish, right?”

“Well, I was raised Jewish, Peter, but I am not a practicing –”

“Yes, I am of Jewish descent.”

“So what do you think of the Protocols of Zion?”

“Peter, that book has been exposed as a fraud. Nothing in it is true.”

“I somehow doubt it, Peter.”

“Y’know, that makes sense, Doc. Because if there really was a international Jewish conspiracy they would keep it secret, right? And how can it be secret if everybody knows about it?”

“That’s why I think it’s really the Rosicrucians who have the international conspiracy, them and the Masons, and the Catholic Church, too, maybe.”

“Peter, let me ask you a question now. Isn’t it possible that there are no international conspiracies?”

“What about the Illuminati?”

“What if even the Illuminati are a myth?’

“Wow. That’s something to think about. But if it ain’t the Jews, and it ain’t the Rosicrucians, or the Masons, or the Pope, then who’s running the world?”

“Maybe no one runs the world.”

“Maybe. I say maybe, Doc. ‘Cause I ain’t quite convinced yet. Somebody’s got to be running the world. Who runs the the world?”

“Rich people,” said Pete. “Wealthy people.” Finally he lay back down on the couch. “Y’know, Dr. Weinberg, maybe you’re onto something there.”

And thus Pete Willingham, who had been ousted even from the John Birch Society for excessive zeal, took his first step to becoming a card-carrying member of the Communist Party.