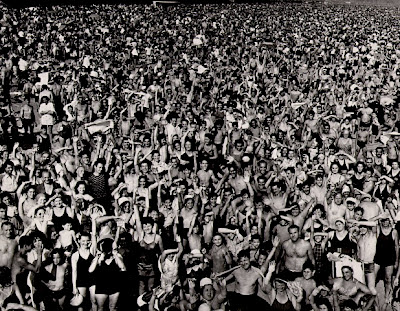 Herewith the second episode of this sad but all-too-true tale from the “O-Zone”, as Olney’s younger residents are wont to refer to that humble district which has produced more eccentrics, madmen, scoundrels, idiots, and people who never move out of their parents’ homes than any other neighborhood in history.

In "Part One" Joey Ryan gave us the run-down on his markedly insignificant and vaguely miserable childhood and young manhood. Cashiered from St. Odo’s seminary for conduct unbefitting even a would-be priest, Joey has returned to his parents’ humble row home back in the old 'hood. His mother tells him it’s time for him to find a job.

And so I began to study the job ads each morning over my tea and toast. For six fairly pleasant months I searched languidly for a job and was refused by one and all, thanks to my previously referred-to disquieting, unprepossessing appearance, and to my lack of experience and general mumbling air of being a non-self-starter.

My parents suggested I go to college, but at the time it seemed simpler and more pleasant just to slip into some quiet mindless job and, I hoped, be left alone. I seeked the oblivion of some unassuming, 19th Century-style clerkship.

At last, by some quiet miracle, my father was able to secure me a post in an automobile-parts warehouse down in the Harrowgate district. It took me weeks and weeks to learn the routine, which was mostly paperwork of the sort that in a decade or so will be relegated to chimpanzees. I nearly suffered a nervous breakdown, but at last I was able to perform my menial tasks mechanically with only a mild degree of incompetence. Supposedly the job was a “trainee” position, but it soon became tacitly understood that I had found my niche, my level of incompetence according to what I believe is called the Peter Principle, and that there I would stay, until removed by old age, by insanity, by assassination.

Of course I continued to live at home. There I was safe, somewhat. With my new wealth I bought a Sears record player and lots of records, classical rock, pop, swing, mambo, samba, Nigerian drum music, Chinese jazz, Argentine protest songs. I bought albums I never played.

Then I discovered the solace of beer.

It all started when I joined my father once in sharing a quart of beer at the dinner table. I had always before drunk milk. Then, one night a few weeks later, I had the audacity to shuffle fearfully into a bar and order a quart of Ortlieb’s to go. This I quickly took home to my room and greedily drank. Before long it was beer by the case. I would come home, sit in the kitchen and drink a pint bottle of Ortlieb’s. Then I would drink two more bottle with dinner. Then I would take a walk. Then I would come home and drink beer in my room while listening to Xavier Cugat or reading Lautréamont or Mickey Spillane until I fell asleep or passed out.

Soon enough I dared to go into a Polish bar near my place of employment at lunchtime, and I developed the habit of drinking four or five mugs a day there while eating the daily lunch special, my favorite being Tuesday’s kielbasa-and-kraut.

I was content in a loutish way but this cheap contentment was not to last.

It was a burning bright day on the beach, aswarm with the near-naked, the ugly, the beautiful, the tanned, and the burning.

Huffing my stout mother screwed with difficulty our ancient wood umbrella pole into the sand as I made a few sympathetic sounds and gestures. She opened it up and I quickly ducked into its shade, fearful of the sun’s rays on my legs and arms although I wore an old CYO t-shirt and a straw sombrero to protect the most readily scorched areas of my flesh.

“Come on, Joey,” said my mother, extricating her worn wooden rosary beads from her reticule, “let’s get it over with.”

Obediently I arose from where I squatted, dapperly throwing my sombrero to the blanket but prudently retaining my t-shirt.
It was hot and bright, I repeat, and now, especially after the grueling ride to the shore in our Hudson, I longed for, whined inwardly for, a beer, to exult where my irreligious father stood even now at the bar at Sid’s across from the beach, slurping a cold draught Pabst from a chilled icy mug. Where forthwith I intended fully to go as soon as this ridiculous immersion in the Bishop-blessed waters on the Feast of Our Lady’s Assumption was completed.

The water rushed cold over my hot toes. Screaming children splashed all about me. A few feet to my right my mother marched slowly into the waves, beads strung in her fingers at her plump bosom, her lips moving in prayer. A bit embarrassed, cowardly, I forged at an angle away from her. Waves surged up against my frail knees and thighs. An idling tanned bikinied girl captured my eye, and silently I worshipped her. Then she danced forward and knifed into a swell. I watched her coursing, sleeking swiftly through the water shimmering over her gleaming golden back and legs. And, much as it went against all my instincts, I became possessed of an urge to attempt myself a feeble parody of this healthful exercise. Hopping, I furiously surged seaward till I was nearly crotch deep in the waves, then hurled myself forward, arms stretched forth and fingers pointed out straight to the womb of the ocean. Underwater, eyes agape, all was murky, brown and silent, silent but for a soft, sea-like roaring in my ears. I stroked ahead submerged, observing the rippled unquiet sand beneath, pebbled softly, charmingly without the rusted bent hulks of beer cans and stalagmites of broken beer bottles one had expected. Stroking again, I wistfully grew almost lighthearted, and wished almost that I might forever swim thus soundlessly and mindlessly in submarine sublimity. Ha ha. At last I broke the surface, gasping. Righting myself I found my body now chest deep in water and felt myself almost bold. I felt, I had to admit, cool, refreshed, yes, “invigorated”. Perhaps even that beer at Sid’s would now taste better. Then I noticed an even more unwonted sensation, of freedom, of coolness, and I traced this feeling to my loins. Thinking perhaps to caress myself discreetly there whilst eyeing the various bikini-clad girls splashing all around me I put a hand to my so-called member of virility, and then my blood ran cold in horror.

I had lost my bathing trunks.

Desperately I cast my eyes about me for the white, red-trimmed trunks, but they were gone, gone.

My mother I could see dimly, vaguely, through the heat haze and my welling tears, as in a dream, plodding back to our blanket and umbrella. To call to her for help would be useless. She was hard of hearing, as well as extremely shortsighted.

I was trapped. I trembled, a great teardrop blurted from my eye and fell to be absorbed in the green ocean lapping at my chilling chest; I regarded helplessly the many people before me frolicking and tossing their bodies about in the waves. I was not able to ask them for assistance.

I turned my eyes upward to the great immense bright blue ceiling of the sky. Gulls wheeled about a long banner pulled by a bi-plane undoubtedly rented by the good Reverend McIntyre, the banner advertising ALL IS VANITY: ECC. 1:2. Far above, wispy clouds hung motionless as if painted to the blue vault.

There was nothing to do.

Submerging myself to the nose I glided over to the rock jetty and there I hid myself in a cool mossy barnacled cranny.

Soon enough I saw them searching for me, and I crouched even lower, a mass of seaweed crowning my skull for further disguise and for protection from the sun. Already perhaps I had inklings that this adventure was to be in the nature of a spiritual trial, my forty days in the desert so to speak. Ha. Not that I had much spirit to be tried.

That night I crept and hid under Frank’s Playland, which is supported by pilings driven into the sand. I could hear the plunking and ringing of the pinball machines above me, the sound of happy voices. I burrowed into the sand, and covered myself up, except for my head.

If animals can survive naked, I thought, so too can I.

C'mon ya tease, let's get to Part III. Do you have a copy of "The Warrior Pope?"

The gods willing, we will have the third and concluding segment of Joey's testament ready for your delectation by tomorrow morning.

Ah, "The Warrior Pope"... The original typescript of this long lost masterpiece of Mr. Ryan's is rumored to be cached somewhere in the musty archives of the Oak Lane Library, that noble depository of local literature and folklore. Our correspondant Pierce Inverarity has made it his mission to dig up the hidden treasures in the vaulted subterranean chambers of that institution, and (his only injunction from the library being to "clear some of this crap out of here") he has promised to pass it on if and when he turns it up.