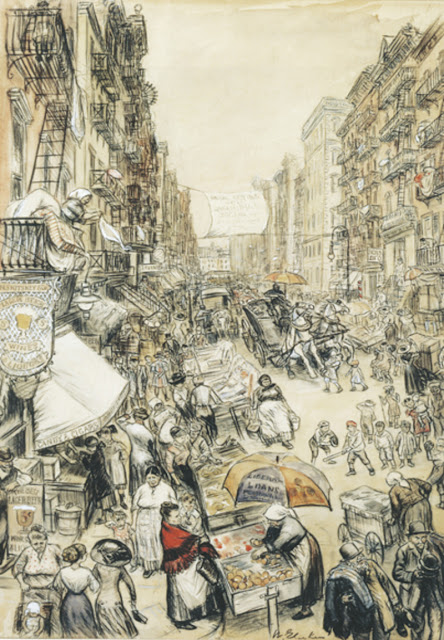 Frankie Titana and Pete Willingham were the two most obnoxious and boring rummies on the Bowery, and so it stood to reason that they would become friends.

They were high on the hog now, because they had just come back from two weeks picking tomatoes in Jersey, and so instead of sleeping in a flop or an alleyway they had a nice clean room with a double bed in the Sunshine Hotel, fresh washed sheets and everything. Another week and they would be back in the flops or in the alleys, but that was the future, and who cared about the future? A hydrogen bomb could drop any minute. A guy could drop dead from a coronary, or get run over by a garbage truck. Worrying about the future was for chumps.

Frankie and Pete were sitting back comfortably in the bed, passing the Tokay bottle back and forth. Sure, they would prefer to be in some bar, but they were both banned from every bar below 52nd Street, and neither of them had felt like taking the subway uptown to try to find some dive they hadn’t been kicked out of yet.

“I got a question for ya, Frankie, and don’t take it the wrong way.”

“When’s the last time you got a piece?”

“Well, let me see.” Frankie took a drag on his Bull Durham. “Let me just think a minute.”

“Take your time, Frankie, no rush.”

“Oh, I know, it was like two years ago. It was that broad Marie used to hang out at Bob’s.”

“The one that paid a guy to bump off her husband only the guy bumped her off by mistake?”

“Yeah, that Marie. It was when I had that job at the Fulton Fish Market, so one Friday I got paid, and me and Marie got to drinking, and, well, one thing led to another, and so for a fin she took me out in the alleyway and let me have a piece.”

“Tell the truth, Pete, no. And when I think of all the bocks I coulda bought with that five bucks I could kick myself.”

Not to mention that Frankie had gotten not only crabs as a result of that encounter but a dose of the clap, but, no, Pete didn’t need to know that.

“So what about you, pal?” said Frankie. “When’s the last time you got a piece?”

“Creeping up on three years for me,” said Pete. “It was Christmas, and I guess I was feelin’ lonely.”

With Pete it had been Marie, too, except what a fool he had been, paying her a whole sawbuck when he could’ve had her for a fin. And getting crabs and a dose on top of it. But he didn’t tell Frankie that.

– “Xmas Memory”, from The Adventures of Frankie and Pete, by Horace P. Sternwall, an Ace Books paperback original, 1954; republished as The Future is for Chumps, the Didgereedoo Press (Australia), by “Hank P. Sheppard”, 1956.
Posted by Dan Leo at 1:42:00 PM