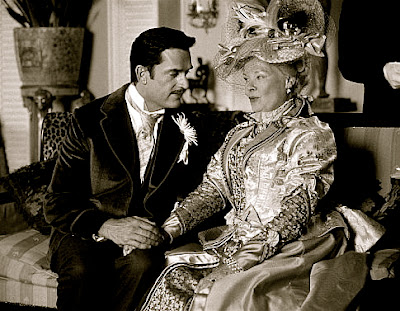 Arnold Schnabel -- brakeman, poet and author of this memoir -- continues his journey through the infinite mysteries of life on this hot August afternoon in 1963 in the seaside town of Cape May NJ, an afternoon that has just been made sultrier by a hallway encounter with the attractive novelist Gertrude Evans; but Arnold, always the gentleman, has promised to show his poems to yet another lady, the artist Charlotte Rathbone; besides which her mother has offered to make him a bacon, lettuce and tomato sandwich...


After I had doused the damnable thing with several gallons of cold tap-water it grudgingly gave up and surrendered and I put it away and zipped up my Bermudas. I cracked the bathroom door and peeked down the hall; I couldn’t put it past Miss Evans to appear yet again, and as much as I found her attractive I was already feeling pangs of guilt. After all, how long had I been seeing Elektra? Just a week or so? And already I was kissing another woman? That couldn’t be right.

At last I crept out of the bathroom, holding my scrapbook of poems, and tiptoed past her door. Well, I was wearing my flip-flops, so I suppose I wasn’t exactly tiptoeing, but I walked or shuffled as quietly as I could.

I successfully made it downstairs and out the side door, but just then I saw Steve coming down the sidewalk. If I had left the house just thirty seconds sooner I might have avoided him, but no such luck.

He waved weakly to me from the other side of the picket fence that borders our yard. Even from here he looked rather pale and pathetic. I walked around front and down the stone path to where he stood by the gate, although he made no motion to open it.

“Arthur I mean Arnold,” he said, “I just came over to apologize.”

“You shouldn’t feel horrible. All you did was get drunk.”

“No, I don’t mean I feel horrible about getting drunk, although I do, what I mean is I feel horrible physically. I don’t think I’ve ever been so sick in my life! I threw up all over my bathroom at the Chalfonte, and then I passed out in it. Fortunately I woke up in the cold light of dawn and was able to find some Mr. Clean and a sponge under the sink and clean the disaster scene up before the maid came in. Anyway I wanted to come over here and apologize, and to thank you for getting me home.”

“I know. I don’t deserve friends like you guys. What’s that big book you have there?”

“It’s a scrapbook of my poems. I’m supposed to show them to this lady who’s staying here.”

“I don’t know, Arnold. I was thinking of just going back to my room and lying down some more. Staring into the yawning abyss of my soul. But it is so hot in that room! I feel like Albert Guinness in that movie about the soldiers building that bridge? What was it called? The Bridges of Tokyo Rose?”

I opened the gate.

“Well, if you insist. I hope this lady isn’t going to expect me to speak coherently. Or God forbid, cleverly.”

So Steve went with me around the house and out back where Miss Rathbone and Mrs. Rathbone sat at the metal table under the oak tree.

“What a bizarre concept,” he said.

“Miss Rathbone,” I said, when we got closer, “Mrs. Rathbone. This is my friend Steve.”

“Is he what kept you so long, young man?” said Mrs. Rathbone. “We were afraid you had died in your room.”

“Sorry,” I said. I tried to think of some excuse for taking so long and drew a complete blank. Fortunately Steve came to my rescue.

“Are you a painter, Miss Rathbone?”

She was still wearing her paint-splattered smock-dress.

“I dab and daub,” she said. She and her mother were already drinking from a bottle of white wine on the table, out of the jelly glasses that my aunts traditionally provide all their tenants. These were Jetsons glasses.

“I wish I could have been a painter,” said Steve. “I’m so envious of artistic people like you and Arnold.”

“Sit down, Steve,” said Miss Rathbone. “Would you like some wine or a sandwich?”

It was sitting there on a plate, with sliced pickle and potato chips, a neatly folded pink paper napkin on one side and an empty Jetsons glass on the other.

Both Steve and I pulled up chairs.

“Have some Sawn Sair, Arnold,” Miss Rathbone said, raising the bottle, which I saw was actually called Sancerre.

Especially with a blazing August midday sun hanging up there in the sky like a balloon full of molten lava ready to burst all over us. And I had just had that rather large shot of gin up in Miss Evans’s room.

“Just half a glass,” she said, and she three-quarter filled the empty Jetsons glass.

I ate my sandwich quietly while Steve and Miss Rathbone chatted about their respective jobs, about where she and her mother lived and where Steve lived. Their words passed into my ears and out again, leaving only the vaguest impressions on my brain. Steve smoked a cigarette. He seemed much more subdued than I’d ever seen him in our brief acquaintance, so I guess he really was hungover. When Miss Rathbone asked him again if he wouldn’t like something to drink he said he would take some water if she didn't mind. She went back into their cottage.

Mrs. Rathbone asked Steve if he was married.

“A good-looking young man like you. You must have all the girls after you.”

“You should ask Charlotte out for a date.”

“I’m sure Charlotte could do much better than me,” said Steve.

“She scares men away because she’s very independent. You’re not afraid of independent women, are you, Steve?”

Miss Rathbone came back carrying a flowered plastic pitcher of ice and presumably water and another Jetsons glass.

(Click here for our next intallment. Turn to the right hand side of this page for up-to-date listings of links to other episodes of Arnold Schnabel’s Railroad Train to Heaven, as well as to many of his classic poems.)
Posted by Dan Leo at 2:38:00 AM

I can feel that coming.

This grouping of people is giving the piece the flavor of "You Can't Take It with You". Madness and mayhem will no doubt ensue.

OK, Kathleen, I'm not going to touch your line with a fork, neither your pie there Jennifer.

Good stuff from the revered Schnabel. It must be a pleasure, pale in comparison to the Brakeman's current pleasures, to go through this treasure box Dan.

Dear Redsharpie, it is indeed a great pleasure. I can't wait to see what happens next.