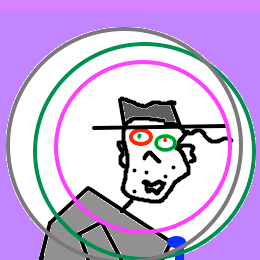 After six days and (according to his notes) seventy-nine different bars, Joe finally caught up with Philip at a joint called Bob’s Bowery Bar, down at the Bowery off Bleecker.

“Finish your drink, Mr. Mortimer, then we’re taking a ride.”

“What if I don’t want to go?” said Philip, after a long pause. At this stage of his week-long bender there were more or less long pauses between every sentence or sentence fragment he uttered.

He shoved his pile of money forward across the bar.

“Well, get the bar a round on me then, and you keep the change, please, Bob.”

Philip raised his glass of bock, and emptied it.

He almost fell getting off his stool, but Joe got his arm, and the two men headed for the entrance, Joe keeping a tight grip on Philip’s arm.

Outside it was daytime, although Philip would not have been surprised if it had been night. The sky was grey like the color of wet cold sand, the sooty snow was piled up on the curbing.

“The usual place,” said Joe. “Your room is already reserved. We should beat rush hour, and with luck we’ll be there in less than two hours.”

“Maybe I’ll sleep in the car.”

“It would probably be best if you did,” said Joe.

“Do you have a little something for me, just in case I can’t sleep?”

“I got a fresh pint of Cream of Kentucky in the glove compartment, Mr. Mortimer.”

Philip took a deep breath of the cold air.

They made it in an hour and forty-five minutes. At the reception desk it took Philip half a minute to sign the form, and then he put down the pen and turned to Joe.

They shook hands. Philip’s hand was as cold as a dead fish lying on ice.

“Until next time,” said Philip.

“Until next time,” said Joe.

He stopped at this diner he knew nearby off the Hudson River and had a good meal, baked ham with pineapple and red-eye gravy, mashed potatoes, stewed cabbage, fresh warm rolls, a slice of apple pie with cheddar cheese, a pot of coffee. It got dark outside, and then it started to snow. Joe paid his bill, got the receipt for his expense account, went out to the Studebaker and started the long drive back to the city.


{Please click here to read the “adult comics” version of this fable in A Flophouse Is Not a Home, illustrated by the legendary rhoda penmarq.}
Posted by Dan Leo at 12:02:00 PM