"A Town Called Disdain", Episode Six: Dick and Daphne; the plot thickens but does not congeal 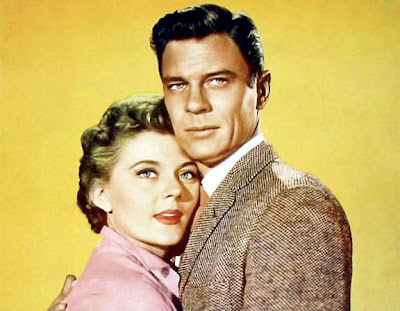 Previously in Larry Winchester's sprawling epic A Town Called Disdain (now presented uncut for the very first time): On a hellishly hot day in September 1969, young Harvey, recently discharged from the army, returns to his home town of Disdain, NM. A spot of bother in the local roadhouse (Burt's Hideyway) results in a local lout's being shot through the heart. The local bigshot Big Jake Johnstone hires Harvey on the spot as guide for a mysterious couple called "Dick and Daphne Smith" who will be staying at his ranch. Big Jake attempts to put the moves on Daphne in the back room as Dick and Harvey play pinball out in the main bar room.

Note the sudden change from third to first person, a choice which will not surprise those familiar with Larry's "keep-the-audience-on-their -toes" cinematic techniques.

(For quick links to previous and succeeding episodes, check the right-hand column of this page.)


Sheerly on mad impulse Dick had taken one of the Owsleys with his after-dinner coffee and now as he finally squeezed into a place at the bar after that fascinating and keenly perilous-seeming adventure of crossing the crowded noisy bar room he realized he was really beginning to feel it. Taking the acid had been against his better judgment but Dick believed that sometimes you just had to go against your better judgment or else you were only half a man, or less.

He had gently touched Daphne’s moist warm thigh and, looking down, she saw the two cubes in their blue paper wrappers in the palm of his hand, but she had merely smiled and shaken her head slightly. She was worn out and doubtless wanted a good long sleep that night.

Dick was tired too. He hadn’t had a really good sleep since before that ridiculous Singapore episode, and he’d had almost no sleep for the past several days, what with that uncomfortable trans-Pacific military flight, that marathon Labor day party at Rod McKuen’s and then a day-and-a-half of almost continuous driving cross-country. Of course Daphne had offered a couple of times in her languid way to take the wheel, but tired as Dick was he had thought it more prudent that he should drive, especially seeing as how she had started in on the Owsleys as soon as they set out from Frisco. The acid was stashed in a beautiful red-and-black ormolu-and-porcelain box and each multi-swirly-colored cube was wrapped in a square of delicate blue paper with red bordering and tied up in gold string in a thief’s knot. As soon as one cube started to wear off she would unwrap another one, put it on her tongue and slowly let it dissolve as she sipped tea from that cup she had “borrowed” from the Palm Grove in Singapore.

Well, her driving scared Dick at the best of times and besides, although he didn’t tell her, he suspected they were being followed, God only knew by whom. It sounded so cliché to say so and yet Dick firmly believed that he could sense such things. (For instance that time he was sitting in a café in Tangiers, on vacation mind you, quietly rocked out of his gourd on kif and drinking mint tea, suddenly he just knew and he took off his jacket and laid it on his lap, then he got out the little Smith & Wesson five-shot and held it under the jacket, this guy came in from the street drawing his gun, and that was that. Never did find out what the dead guy’s problem was or who he was working for. The jacket -- a white poplin number Dick had picked up in Macao and which he called his “Graham Greene jacket” -- was ruined and it cost Dick two thousand francs to cool the proprietor.)

And so he had taken an evasive route, deliberately making absurdly wrong turns whenever the mood struck him, popping a few of Daphne’s pink diet pills along the way and occasionally smoking a little Thai stick on the long desert stretches if there were no other cars in sight, keeping the Thunderbird at a steady ninety and feeling that four-twenty-eight monster of Detroit power humming through his bones. But he had refrained from the Owsleys. And except for a few little catnaps in the back seat Daphne had stayed awake with him the whole way, sharing with him the sweet milky Earl Grey tea from that big nickel-plated thermos she had made him buy at Abercrombie & Fitch before their ill-fated trip to Africa.

Daphne had never been out west before and she said she wanted to see the country but she soon got bored with the scenery and took out her knitting. She was trying to knit leggings for my sister Betty’s little girl. I’d point out something, the Petrified Forest or the Grand Canyon or some other stirring sight and she would look up, take it in at a glance, and then go back to her knitting.

My old friend Huey -- whose car this was -- had installed an 8-track player and so we played his movie soundtrack tapes -- Goldfinger, The Ipcress File, Darling, and The Good, the Bad, and the Ugly were our favorites -- as well as Mel Tormé’s A Day in the Life of Bonnie and Clyde album.

And as we came down through the mountains earlier that day she said, “Dick, I want to take a bath.”

“I want to take a bath now, darling. I can smell my bad thing.”

“Pull in over there,” she said.

And she pointed through the trees to the sparkling of a barely visible stream and sure enough we came onto a little side road and I pulled the car in and we came to this small stream running through thick spruce trees. We bathed with lavender hotel soap in the cold water and then she swam around for a bit as I sat drying on a stone near the bank, smoking a cigarette and watching her glide underwater for disquietingly long periods but with her long slender white body always visible through the clear dappled water. I noticed a sort of bed humped into the dead leaves and the spruce cones where some kids must have done some frolicking on a fairly regular basis judging by the used condoms scattered around it along with cigarette butts and empty beer cans. There was a clump of what looked like geraniums, white geraniums, on the other side of the stream, and in an open sunlit patch thousands of some other flowers with bright yellow petals and red centers or whatever you call that part of a flower that the petals grow out of. All very pretty, but I found myself wondering if scorpions got up this far, and about fleas and ticks. Every once in a great while I would hear the sound of a car or truck approaching on the highway; I would hold still and breathe very softly and listen as the sound got louder and louder and then as it reached its peak and began to recede I would draw a deep breath and let it out slowly and relax. Until the next one, anyway.

For what it was worth the little snubnose lay on the pile of clothes next to me. I wished it were my good old Browning but that was in a suitcase in the trunk. I felt exposed and vulnerable here and I rather wished Daphne would hurry the hell up.