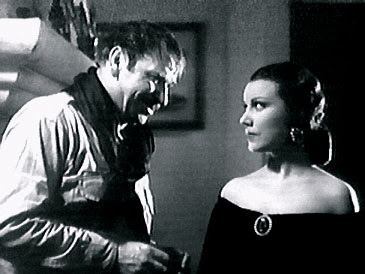 As our returning soldier Harvey and the mysterious stranger Dick "Smith" play pinball in the main room of Burt's Hideyway, Dick's beautiful young wife Daphne sits in the back room with the rancher Big Jake Johnstone. It is September in that annus mirabilis of 1969, in the town of Disdain, New Mexico, the land of enchantment.


Big Jake lifted his big ass partway out of his chair and then he shuffled the chair right over next to Daphne and sat down in it again. Then he reached over and picked up his whiskey and his beer bottle and put them down in front of him. He took the cigar out of his mouth and put it in the ashtray she was using.

“You’re just about the prettiest damn woman I ever seen, Miz Daphne.”

He drank off his whiskey and he wiped his lips with a trembling hand. He was breathing hard. He moved his chair even closer to hers so that his thigh rubbed against hers. His forehead was beaded with sweat and she watched as one big ooze ran down the side of his face and over the jowl beneath his chin and onto the collar of his embroidered cowboy shirt.

He raised his big left hand rather slowly as if he were about to say something and then he put the hand under the open part of her shirt and under her brassiere and around her damp warm right breast.

“Oh dear,” she said and she took the cigarette holder out of her mouth. Now his other arm had gone around her back and that hand was gripping her right shoulder.

“Your titty is so firm. So round. I bet I keep squeezin’ like this that nipple gonna get nice and hard.”

Big Jake’s breathing came more quickly, producing an aspirate purr from deep within his massive chest, as his stare glanced back and forth from her bosom to her eyes.

Daphne sighed, and Big Jake felt her breast rise up under his hand.

“Okay, Big Jake, I’m terribly flattered, but you must remove your hand. My husband could come back any moment.”

“Jes’ one kiss, Miz Daphne, jes’ one little kiss.” He moved his great head closer to hers, and Daphne held her breath at the stench of whiskey, Pabst Blue Ribbon and cigar on his hot breath and behind it the tang of his Hai Karate and the musk of his sweat.

As his wet cracked lips touched her neck she looked down at his big hairy wrist and then she put her cigarette out on it.

Big Jake yowled and leaped back, sending his chair clattering across the floor. He held his wrist and he looked at her with tears in his eyes and she could smell the burnt flesh and hair. She put down her cigarette holder and rearranged her left breast in her brassiere.

“I love ya, Miz Daphne. I love ya like a damn little schoolboy. An’ I gotta have ya.”

“Big Jake, this is absurd. My husband is right out in that other room somewhere.”

“All’s I want is one kiss. One kiss. And when you feel the fire in my tongue and the flame in my heart I know you’re gonna want what I want. Maybe not right now of course but later tonight back at the ranch while Dick’s sleepin’. I got some goofballs in my pocket and we can drop a couple in his drink, he’ll sleep like a baby till noon. An’ you can slip into my room. To conjoin your loins with mine. An’ we’ll know heaven on this earth.”

Big Jake touched his crotch, in which there was a slight bulge.

“I just want you to feel this bone I got in my pants.”

Then Big Jake stretched out his arms like Frankenstein’s monster and started toward her.

She began to reach for his .45 in the holster draped over his chair but then he was on her bent over with his big arms around her, she tried to get up, the chair toppled over, they both fell down grunting and he was lying on top of her in a hot sweating heavy heap, then he felt something prick his neck, he looked down, she was holding a steak knife against his carotid artery, the skin had been pierced, a drop of blood trickled quickly down the knife blade.

Big Jake held his breath and he felt his erection going away. She held the knife steady, her grey eyes were calm.

She guided him with the knife and very slowly he hoisted himself off her and onto his side. He watched as she got up and brushed the dirt off the seat of her shorts.

She took a drink of champagne and then put on her pith helmet.

She put her cigarette case and holder into her canvas bag and lifted the straps over her shoulder. She still held the steak knife.

He was propping himself off the floor with one hand.

Daphne looked at him, then raised the knife up high and threw it down at his hand. He moved it just in time and the knife stuck with a thwack in the linoleum.

He looked up at her with wild frightened eyes.

“I might have to discipline you, Big Jake. You’ve been a very naughty boy.”

She stepped over his legs and walked toward the beaded entrance to the bar and Big Jake watched her. Her ass was beautiful, too. It was nice sized and rounded and strong looking, something a man could grab onto.

Big Jake figured he was about as much in love as he was ever going to be.
****

(Mosey on over here for Episode Six. For a complete and up-to-date listing of other episodes of Larry Winchester's A Town Called Disdain please see the right hand column of this page.)

Big Jake says: "to conjoin your loins with mine?" Ol' Larry must have been suffering from Cormac McCarthy syndrome to put a mouthful like that in an unlettered character like Jake.

Somehow I think that this won't be the last outlandish locution to eruct from Big Jake. I don't know where he gets such language. Certainly not from me!