"My son is in love with my wife. And, personally speaking, I can't blame the poor kid!" 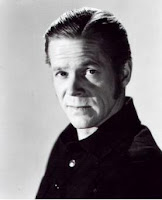 While in London guest-directing a Hammer horrorfest titled Five Fingers of Fear (with Basil Rathbone, Tommy Steele, and Diana Dors), Larry Winchester caught the famous Giulini-Visconti production of Verdi’s Don Carlo at Covent Garden, featuring Jon Vickers, Tito Gobbi, Gré Brouwenstijn, and Fedora Barbieri. “I immediately saw the potential of this piece for a movie, and, best of all, the story was in the public domain,” wrote Larry in his memoir I’ll Take the Low Road. “The son who's got the hots for sexy his sexy stepmother? That, my friends, is drama.”

Larry envisioned this tale of old Spanish court intrigue as a lusty horse opera, and for help he called in his old pal Tommy “Rags” Larkin. “We holed up in Rags’s cottage in Venice Beach with a pound of good weed, and two weeks later we had a script.” Larry envisioned the picture as a sprawling Technicolor epic shot on location in Colorado, starring Kirk Douglas, Raymond Massey, Rock Hudson, Audrey Hepburn and Jean Simmons. What he had to settle for was another low-budget black-and-white quickie shot mostly on the Monogram lot on Gower Street, with a few exteriors stolen in the wilds of LA’s Griffith Park, and starring Dan Duryea (above left), Ray Danton, Mara Corday (above right), Dolores Fuller, and Edd “Kookie” Byrnes.

Despite its budgetary constraints this is one of Winchester’s most brutal and unsparing movies, one of the few truly noir westerns. Originally shown as the lesser half of a double bill with Machine-Gun Kelly, this great film is currently only available in a pirated Italian-dubbed DVD entitled Don Carlo del West.
Posted by Dan Leo at 4:44:00 PM