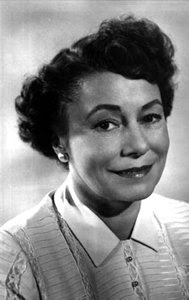 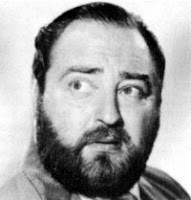 Thelma Ritter (above) and Sebastian Cabot (right) co-starred as the eponymous Miss Meep and Mr. Weakes, Head Librarian and Chief Curator, respectively, at the seemingly placid Oak Lane Library. We say “seemingly” because each episode found the eternally quarelling Miss Meep and Mr. Weakes somehow embroiled in solving murder most foul. Underlying each episode was a certain vague sexual tension between these two lifelong celibates, both of whom lived with an aged parent: the senior Mr. Meep (Barry Fitzgerald), and the equally senior Mrs. Weakes (Dame Edith Evans). Ditzy assistant librarian Debbie (Barbara Nichols) was often dragooned into the web of intrigue as were regular patrons of the library the henpecked Cornelius Doyle (Arnold Stang) and the precocious little bookworm Kevin Woczynski (Richard Dreyfuss).

Inexplicably cancelled after eight episodes. (If anyone has tapes of this fondly remembered Phil Leotardo production, please let me know. Am willing to trade an almost-complete set of Season One of “I’m Dickens, He’s Fenster”.)


(Turn to the right hand side of this page for a complete listing of other Great Lost TV Shows.)
Posted by Dan Leo at 1:41:00 AM

DAn Leo "Am willing to trade an almost-complete set of Season One of “I’m Dickens, He’s Fenster”.)"

I'm pretty good on "Dillon & Festus", but if you've got any "Then Came Bronson" I think we might be able to do some business.

The shame of losing the cigarette sponsered TV series. Just think of the rich art deprived us by this government intrusion.

Makes me so happy to live in an era governed by ideologically strong leaders, like Reagan and the Bushes, who firmly believe in keeping government out of our private lives and art.

What I miss most are the jingles, like that classic haiku-set-to-music:

Ah, the siren call of cancer...