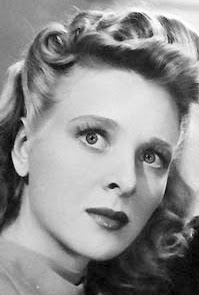 Here’s the lovely and talented Miss Ankers, interviewed by Patrick Stoner for the 1984 WUHY fund-raiser, with her own Vegas memories of The Jolly Six Bums.

"I had worked with Larry Winchester once before on a darling little film called The Banshee’s Daughter, and so I was thrilled to find him directing that Las Vegas episode; but, Patrick, I must tell you I was utterly destroyed by the end of that shoot. It was those devils: Larry, his friend Rags Larkin, and all those boys in the cast, off to the poker and craps tables the very second we wrapped each day! And dragging me along with them. Lord knows I didn’t gamble but the boys called me their lucky charm, always having me blow on their dice and what not. We were lucky if we had two hours of sleep before our morning call. I was ravished, simply destroyed, and after about the third night I begged Larry just to let me go home after my day's work and get some sleep; but he simply took me by the arm and said, 'Evelyn, if ya wanta play in the big leagues ya gotta learn how to take a high hard one to the bean sometimes.’ I had no idea what he meant, but not wanting to seem ignorant I simply said, 'Okay, Larry,' and off I went to the casino again with that band of lunatics!”

(Kindly turn to the right hand side of this page for listings of links to other "Great Lost TV Shows", and to appreciations of many of Larry Winchester's classic feature films. Be sure to check out also our serialization of the unexpurgated "director's cut' of Larry's long-out-of-print novel A Town Called Disdain.)
Posted by Dan Leo at 12:47:00 AM