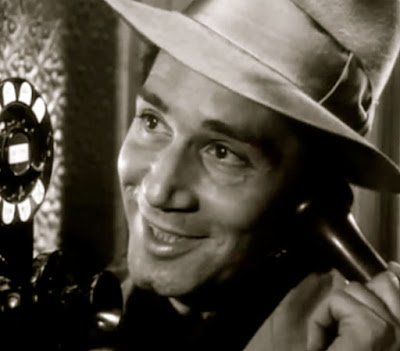 The life of a C-list Hollywood film-maker is not all glamour and glitz. Recently our hero Buddy Best has had his wife stolen by a pretentious ham actor, his son Philip has moved back home after losing his job and breaking up with his own wife, and Buddy’s stepdaughter Deirdre has gotten into a spot of trouble at the convent school. But life’s rich soap opera never ends...

(Click here to go our previous chapter or here to go to the beginning of this Tinseltown epic. “Every bit as tawdry as the films of its hero.” -- J.J. Hunsecker, nationally syndicated columnist.)

A couple of days passed by. The house got messier and messier, but Buddy cut down on the drinking. He began to sleep better, and to feel oddly happy to be alive. He went to the gym once with Philip. He talked to his mother on the phone and got the lowdown on his family back east, and his mother told him she had never trusted Joan. He called his old divorce lawyer and set up a meeting for the following week. He took Deirdre to see Bernd Weikl in The Flying Dutchman; she had gone to the opera with Joan a few times when Buddy was on location and couldn’t make it, but this was the first time Buddy had taken her, and they had a great time. Philip got all his shit put away in his old room, but there was still the problem of finding a job for him. Buddy’s script for his next project (Return to Death Island Part III) was a bit too long, so one night at dinner he invited Philip to shorten it by ten pages.

“I know nothing about screenplays, Dad.”

“All the better. You know how to use a computer though. Read the script through a couple of times and make some notes. Then go through it and cut out anything that’s boring or slows it down. I’ll give you a C-note a day. I got other shit to do.”

That night Buddy’s first wife (Shakira, formerly Madge) called, from the ashram up in the mountains. Buddy and Deirdre were sitting in the living room, watching Susan Hayward in I Want to Live.

“Shakira baby, what up?”

Buddy got up and headed into the kitchen.

“Good, Buddy. But I wish people would tell me things.”

“I called Liz and left a message yesterday and she didn’t call me back so I thought I’d call Philip to see if he’d talked to her lately and I found out from Cynthia that they’ve broken up and that he’s living with you.”

“And then Cynthia told me that Joan left you for another man?”

Instead of saying, “Good, she’s a cheap whore and she broke up our marriage,” Madge said:

“And when did this happen?”

Buddy got a glass out of the cabinet.

“I wish someone would tell me these things. We do have a telephone here now, you know.” Right. One phone for the whole fucking ashram, and that was the head monk’s cellphone. Mr. I-will-inform-her-that-you-called. “I feel so out of the loop, Buddy. Just call me.”

Buddy got some ice out of the freezer and put it in the glass.

“I’m surprised the head honcho’s even letting you use his phone this late.”

“I’m using the pay phone at the gas station down the road.”

That was weird. The gas station was like two miles from the ashram.

Buddy poured some Rebel Yell into his glass.

“So, everything okay with you, Madge? And Mookie and Om?”

“I just want to be kept informed, Buddy. I do still love all of you, you know.”

“Joan is a woman who needs to grow. Maybe this will help her to grow.”

No need to go into the whole lesbo business.

“But what about Liz?” said Madge.

“Have you talked to her?’

“You have a phone, Buddy. You should stay in touch with her.”

Did this mean that he, Buddy, was not okay, or was there some other meaning here?

She paused. Buddy could hear the wind blowing through the trees on her end.

“Is Philip there? Can I talk to him?”

“He went to play basketball with his friends.”

“Well, I’m sure they went out for some beers afterwards.”

“Cynthia told me he got fired.”

Philip and Liz were a sadness in Madge’s life. When she left Buddy she took the kids to live with her and Om up in the ashram in the mountains, but Philip and Liz didn’t like it there. After a few months Madge relented and agreed to let them spend the school year in Hollywood with Buddy, with the proviso that they spend vacations with her, but within a couple of years she was lucky if they spent three weeks out of the year there.

Buddy heard a truck go by up there in the mountains. Then:

“She’s watching a movie on the DVD.”

Buddy pressed the mute button and went back into the living room.

“Shakira wants to talk to you.”

Deirdre rolled her eyes but she picked up the remote, stopped the movie, and held out her other hand for the phone.

To give her some privacy Buddy went out to the pool with his Discman, Disc One of Nabucco (Tito Gobbi, Elena Suliotis) and his bourbon. When the disc ended he went inside for another drink and a cigar; he could see Deirdre lying on the couch in the dark in the living room, and he could tell she was still talking to Madge. He went back out and listened to Disc Two, and when he came in again Deirdre was back to watching I Want to Live. She also seemed to be doing some sort of math homework.

Buddy sat down and he asked her what she and Madge had been talking about.

“She just wanted to talk.”

“She ran out of change so I called her back on my cell, but it was after nine so it won’t cost extra.”

(Do we sense something foreboding this way coming? Please go here for our next exciting episode. Kindly look to the right hand side of this page for all other published chapters of Uncle Buddy’s House™. Based on a untrue story. All names changed to avoid financially crippling lawsuits.)

“Shakira baby, what up?”

Epitome of the amicable divorce, but Buddy seems as if he's always amicable. And a good son--he calls his mother.

Madge relented and agreed to let them spend the school year in Hollywood with Buddy, with the proviso that they spend vacations with her, but within a couple of years she was lucky if they spent three weeks out of the year there.

A reality of divorce right there. Always sad for the parent it happens to.

Please wait with bated breath for the next exciting episode.

A perfect slice of life.

Thanks, guys. Good to hear from you again, Beege, and I'll try to get that next thrilling episode up soon -- and this one will even have a plot point (!) (I hope).

Oh, I've been here the full time. I've been lurking!

My internet connection has been horrible for the last week or so. Can't email, can't comment, can't post to my blog. And Time Warner says there's no problem at their end at all!

Well, of course not. It just must be a figment of my imagination.

BG, I just had a whole week like that with my Verizon DSL! At times like that I realize just how severe my internet addiction is, as I sit out on the front steps "borrowing" some random wireless signal. Neighbors who saw me in the morning would see me in the evening and say, "You haven't been out here all day, have you?" "No!" I'd say. I mean, not "all" day..heh heh.