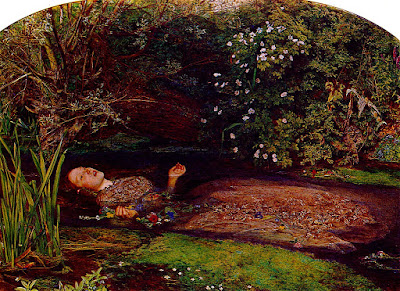 After a very disturbing phone call our hero Buddy Best has taken the first available flight to Milwaukee, where his daughter Liz is going to grad school...

(Click here to go to our previous chapter, or go here to see the beginning of this “journey into the dark night of the soul of modern-day Tinseltown” -- J.J. Hunsecker, nationally syndicated columnist.)

Buddy got into Milwaukee a little after ten. He’d flown coach, and he had had to take a horrible little shuttle flight up from Chicago. He took a cab to Liz’s apartment on Bradey Street. It was on the ground floor, next to a bar called The Nomad. The lights were on behind drawn curtains, a TV noise came from inside. It was raining, and cold, Buddy was only wearing a sport coat. He rang the bell. He stood there with his overnight bag, getting wet. He took off his wet eyeglasses, folded them up and put them in his jacket pocket

He rang the bell again. He had responsibly had just one lousy drink on the first flight, and the shuttle hadn’t even served alcohol. The door opened, Liz was opening it. She had a cigarette in her hand and a lot of smeary make-up on; she smelled like cigarettes, and beer.

She kissed his cheek then stepped, stumbled back.

There was no hallway, the living room was right there, some longhaired stubble-faced lout was sitting on the couch. There were cans of beer all over the coffee table.

Buddy came in, closed the door.

The TV was on, some sitcom.

Her eyes were bloodshot. Under the pancake there was a bruise on her jaw.

Her head was not quite steady.

“Have a fuckin’ beer, Dad!” yelled the lout.

“What?” she said, her voice breaking.

“We don’t need no fucking pills!” yelled the lout.

“Pills are for pussies!” yelled the guy.

Buddy looked at Liz. Her head was almost wobbling.

“Who the fuck is Keith?” said Craig, louder now.

“Who the fuck is Keith?”

“Who the fuck is Keith, bitch?”

“All right,” said Buddy, “Keith or Craig or whatever your name is, get the hell out of here.”

“Not any more,” said Buddy.

The lout stood up and, probably accidentally, turned over the coffee table with all the beer cans and cigarette butts on it.

“Shit,” said Craig. Then he looked up at Buddy. “Fuck you. I ain’t leaving. Make me leave.”

He assumed some sort of half-assed martial arts stance.

“Shut up,” said Craig. “Come on, tough guy, make me leave. I got a fucking black belt, man. I was a fucking Navy Seal, man. I’ll fucking kill you.”

Buddy stood there, still holding his overnight bag in his left hand. He was very tempted just to beat the living shit out of this nitwit, but he took a breath and then with his right hand he got out his cellphone and thumbed it open.

“Nine one one,” said Buddy.

“Don’t you fucking do that,” said the lout.

The lout made a move toward Buddy but he slipped on the overturned table, and Buddy slammed him over the head with the overnight bag. Down the kid went on his hands and knees. He mumbled something Buddy couldn't make out, but the last two words were "kill you". He started to get up. Fuck it, Buddy kicked him hard in the side and the kid turned over, doubled up and cursing. Buddy couldn’t help it and he kicked him in the side again. The kid stopped cursing and started gasping. Buddy turned to look at Liz and only realized now that she had been screaming through all of this. She stopped screaming and put both hands over her mouth. Then she ran out of the room and into the bedroom or bathroom and shut the door.

Buddy put down his bag and closed up his phone and put it away. His heart was racing, his hands were trembling. He really wanted to kick this idiot a few more times, and he almost did. Instead he walked into the kitchen and opened the refrigerator. There was one loose pint can of Miller High Life. He took the can and went back into the living room.

Lout boy was still lying there, moaning and crying.

The sitcom was still playing on the TV. Buddy went over and clicked it off.

There was an easy chair near the kid, and Buddy sat down in it. He opened up the can and took a drink. Shit beer but at least it was cold. He took another gulp.

“You fucking broke my ribs. I really think you busted my ribs. I’m suing you, man.”

“Go ahead. You’re lucky I didn’t break your fucking skull.”

“You broke my fucking ribs.”

“You hit my daughter, you douche bag.”

“All right, I believe you.”

“My fucking ribs are killing me, man.”

The kid sat up, and Buddy reached over and felt.

“Okay, all right. Look, you got any place you can go, any friends?”

“Where do your parents live?”

There was no table next to the chair so Buddy put his beer on the floor and then took out his wallet.

(Continued here. Please refer to the right hand column of this page for a listing of links to all other available chapters of Uncle Buddy’s House™, to be serialized this fall on the Schlitz Playhouse of Stars, starring James Mason as Buddy, Anne Francis as Liz, and James Dean as Craig.)

I can't imagine walking into that scene as a parent.

I've never physically hurt anyone (been on the receiving end of head slams and hair pulls). So I don't know how Buddy slides from kicking the lout to giving him $100. But it seems rare, and I gotta say, admirable.

BG, it's those unimaginable scenes that all too often become horrible reality.

Kathleen, I suppose it was not unadmirable of Buddy, but I think he mainly just wanted to get Craig out of there. But I also think there was some pity in the gesture -- this kid suffers after all from the same problem Liz does; and I think Buddy felt some guilt about that second kick he gave Craig, if not the first one...

Put another way Dan if you don't have a good cop and a bad cop there, you play both roles to reach resolution, in this case to get him the fuck outa there.