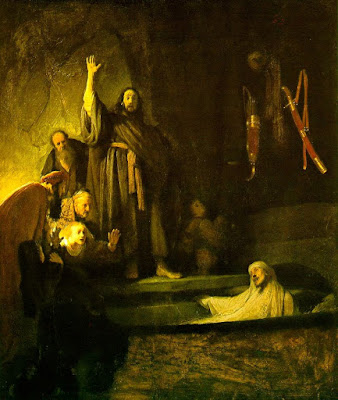 In our previous chapter our diarist Arnold Schnabel found himself attempting gently to extricate his intoxicated friend (and alleged savior) “Josh” from the clutches of the husband-hungry Magda in the well-appointed kitchen of an oddly vast apartment above the Pilot House (“Featuring ‘Mambo Mania Mondays’ with ‘Freddy Ayres and Ursula™’ -- as seen on Sally Starr’s ‘Popeye Theatre’on WFIL TV!”) in the ancient seaport of Cape May, NJ, on a sultry night in August, 1963...

(Click here to go to the beginning of this Gold View Award©-winning masterpiece, which the noted critic Harold Bloom has called, “as rich and compendious as life itself, but not half as boring”.)

We finally left the kitchen, Magda leading the way, and there across the expanse of the living room we saw Mr. Jones cutting merry capers to the pounding African drum music while Freddy and Ursula and Mr. Arbuthnot cheered him on from their comfortable seats.

“Now do you see why I want to get married?” said Magda. “Every night these hooligans with their shenanigans.”

As we approached, Mr. Jones continued to thrash wildly about, much as if he were a marionette whose strings were being pulled by a puppeteer in the grips of an epileptic fit, a puppeteer who now suddenly collapsed unconscious, because so did Mr. Jones, landing spread-eagled on his back on the parquet floor, his straw hat tumbling from his head, spinning for a moment like a top and finally plopping to a rest a foot-and-a-half from the old boy’s tiny egg-like skull.

“Jonesie, stop playing,” yelled Mr. Arbuthnot, who then took another draw on the little hashish pipe.

“I don’t think he’s playing,” observed Ursula, taking the stub of a reefer from Freddy.

“Oh, great, and we’re on in five minutes,” said Freddy. He took a sip from his glass of murky absinthe.

The old people remained seated while Josh and Magda and I went over to Mr. Jones. He lay still, apparently not breathing, mouth wide open as if screaming. His glasses had remained on his head and beneath them his bulging eyes showed only their yellowed bloodshot whites. He indeed looked more like a cast-aside marionette than anyone who had ever been alive in the least.

And off through the pounding of those tribal drums she walked toward the record player, not quickly, but then she didn’t look like she ever did anything quickly.

“Josh,” I whispered, keeping my face turned away from the surviving old people, “can’t you do something?”

“His time has come, Arnold. And at least he died happy. And drunk.” He took a drag of his cigarette. “And high, I might add.”

I confess I felt little pity for Mr. Jones. He was eighty-three years old after all, and had earlier expressed a bold willingness to drop dead at any moment. And as Josh had just said, the old fellow had died happy, probably, or whatever passed for happy for him. So he was okay. But --

“But we’ll never get out of here at this rate,” I said, continuing to whisper. “We’ll have to stay, and talk to the police. Maybe even to a coroner or a medical examiner. We’ll be up all night.”

“Oh,” said Josh. “That does sounds tedious. Okay, let’s see what I can do. If he’s still on the porch dealing with Peter then we’ve got a chance.”

The African drum music abruptly disappeared with a sharp loud scritch as Magda finally lifted the needle from the record.

In a silence sullied only by the faint wheezing and puffing of the surviving old people, Josh got down in a crouch, laid his hand on Mr. Jones’s heart, lowered his face to Mr. Jones’s, and blew softly into the dead man’s open mouth.

“What is he doing?” said Ursula.

“You’re doing it all wrong, young fellow,” said Mr. Arbuthnot. “Put your mouth right on his, just like he was Theda Bara and you were John Gilbert!”

And then the wooden doll shuddered, shook, rattled, and finally gasped, and Mr. Jones’s eyes flicked down from under their blinking lids, gaping.

He shook his head and sat bolt upright.

Josh, still squatting by his side, put one hand gently on the old boy’s back.

“Amazing,” said Ursula, and she took a drink from her glass of absinthe.

“How are you, Jonesie?” called Freddy.

“Never felt better,” said Jones. “Did I pass out?”

“Like a light,” said Mr. Arbuthnot. He took another draw on the hashish pipe.

“We thought for sure you were a goner,” said Ursula.

“Thought you’d thrown a thrombosis for sure,” said Freddy, kissing out the last possible threads of smoke from the reefer stub.

“Oh, he just fainted, didn’t you old timer?” said Josh, patting him on the back.

“Don’t patronize me, you young pup, I just saw you pass out like a dead cod not ten minutes ago!”

Josh reached over, picked up Mr. Jones’s hat from the floor and placed it on the codger’s head; then he stood up, and, putting his cigarette in his mouth, he got behind Mr. Jones and pulled him to his feet.

“Jones,” said Mr. Arbuthnot, “be polite. This young fellow was the one who brought you round.”

He offered his wizened child-sized hand, and Josh shook it.

“So he’s not dead after all,” said Magda, having finally walked back to our group from the phonograph. “You sure looked dead,” she said to Mr. Jones.

“You must understand, my dear lady, that for me to look dead is no great feat. Often my landlady will peer over my sleeping form and awaken me with the greeting, ‘Are you alive, Mr. Jones?’”

“I get your drift,” said Magda.

“I just now realized I had a dream while I was passed out, and you were in it.”

“I was on a porch of a great house with some disagreeable bearded fellow. He wouldn’t let me into the house. Then you came up and told the man there’d been a mistake, and that you were taking me back.”

“Is this a budding romance?” said Mr. Jones.

“Mind your own business, you walking corpse,” said Magda.

“At last she gets a date,” said Ursula.

“It was just a question of time,” said Freddy, who was puffing on the hashish pipe now. “And meeting the right fellow.”

“Have we time for another bowl?” said Mr. Arbuthnot, reaching into his jacket pocket.

“I think just,” said Freddy. “Then we must go down for our last set.”

“I bid you all good night,” said Magda.

She extended her hand to Josh. He kissed it. She cocked her head slightly, then turned and slowly walked away.

“If only I were fifty years younger,” he said.

(Continued here, and until hell freezes over. Please look to the right hand side of this page to find what sometimes is an up-to-date listing of links to all other published chapters of Arnold Schnabel’s Railroad Train To Heaven©, deemed “acceptable, with severe reservations, for adults” by The Catholic Standard & Times.)

Classic Arnold: funny, so funny the reader will have to consider all that rippling eschatology later.
PS. Chris O'Connor sang that song like I've never heard.

We're in agreement here: this is a classic. I hate to think what Freddie and Ursula's next set is going to sound like.

Ah, you know that next set is gonna be the jam, Manny!

Kathleen -- right, isn't Chris's version sublime? And somehow it does seem to fit into this chapter. Who leads a more lush life than Freddy and Ursula and Magda? (Not to mention Jones and Arbuthnot...)

I love it. A classic indeed.

Hooligans with their shenanigans should be a band name or something.

Well, I've finally caught up to the present day. I began reading chapter 1 on July 28, '09 and now I' have mixed emotions about catching up with the rest of you.

I must say that I am appreciating this tome on a very profound level. I grew up in Olney in the 60s, attended St. Helen'a school, I'm sure I attended many masses where Arnold was an usher, I saw many films at the Fern Rock Theatre, I had my first drink at Pat's Tavern, and on and on.

All of his references are completely authentic, right down to watching Sally Starr in the afternoon on WFIL-TV channel 6.

And as far as Cape May goes, the Pilot House and the Ugly Mug are still very much in operation.

I also have very much enjoyed everyone's comments.

I was wondering early on whether my deep enjoyment of this memoir was mainly due to the familiar references, but I quickly realized through reading the posts that this is simply brilliant storytelling.

Dan, thanks so much for this. I can't believe I found it.

Tim, you're very, very welcome, and I thank you very much for your kind comments. They really mean a lot to me.