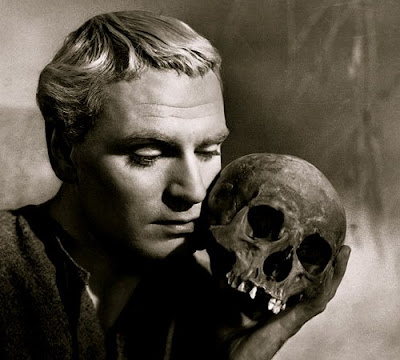 Larry Winchester, that master literary ventriloquist, now reverts back to the third-person semi-omniscient, on this fateful night in September, 1969, in the desert some several miles beyond the outskirts of a wretched little town called Disdain...

(Go here for our previous chapter, or here for the first chapter of this Gold View Award-winning epic.)

No one was especially surprised to see the headlights of what proved to be Big Jake’s Cadillac approaching across the dark desert and emerging from the still-descending cloud of dust. And for once in Jake’s life people were genuinely glad to see him. After all, it would have been a long walk back to the ranch.

Anyway, he pulled up and got out of the car, leaving the headlights on, and, after he greeted Dick and Daphne and Harvey, he and Mr. MacNamara looked at each other quizzically, their heads a bit tilted. They knew each other from somewhere.

Then Buddy spoke up.

Mac put her there. He’d done business with Jake back in the war. Jake had been the primary supplier of wine, liquor, tobacco and girls for the OSS officers’ club Mac had set up in Paris back in ’44.

“Damn, sir, that was you in that there space ship?”

“Jake, I trust you’re still the loyal American you always were.”

“Then I’m gonna have to ask you to keep all -- all this -- under that ten-gallon hat of yours.”

“That’s right, Jake. Top Secret. Let’s just say we were testing out a new experimental aircraft for the government, and, well, I suppose we’ve still got a few bugs to iron out.”

“Shee-it. And here I thought you was all spacemen.”

“Just good Americans like yourself, Jake. But you know how it is. If the Russkies were to get wind of a project like this, well --”

“Major, as far as I’m concerned, none of this ever happened, and as long as I got some say over what happens in this county none of it ever will happen, and like they say, a nod’s as good as a wink --”

“Good,” said Mr. MacNamara. “It’s tough about those motorcycle fellows, but something tells me they won’t be too sorely missed.”

“Fact is,” he said, “there’s plenty folks around here’d probly like to give ya the Distinguished Service Medal for bumpin’ off this piece o’ shit.”

“To tell the truth we didn’t bump him off. He was just about to shoot us all with that Sten gun there when a baseball came out of the sky and brained him.”

“No kiddin’,” said Jake. “Wonder if it was that ball Lefty Schiessen hit tonight?”

“Who the hell’s Lefty Schiessen?”

“Pitcher on the local minor league team. Hit a ball earlier tonight just as a flyin’ saucer went past -- I mean I reckon it was your, uh, experimental aircraft, and that ball just flew away up into the sky and never come down.”

“No shit,” said Jake. “Well, like you said, sir, these fellers won’t be too sorely missed. Good riddance to bad rubbish, I say.”

Actually Moloch’s death did in fact sadden Big Jake. He had made a fine shitload of money selling LSD to the Motorpsychos over the past couple of years. Well, there was always another angle if you just kept your eyes open.

“Well, we lost someone in there, Jake, and, as you say, there was a lot of blood.”

“Right. I understand, Major. Like none of this never happened.”

Jake turned and looked through the nearly-dissipated dust cloud at the broad dark path the saucer had scored into the desert.

“Well, them other fellas all got pretty squashed up. Whatever’s left the buzzards and the coyotes will take care of, or the desert sands’ll bury. As for ol’ Moloch here --”

Everyone looked back and forth at each other, and then Jake put his cigar in his mouth, reached down, grabbed the Sten gun in one hand and Moloch’s ankle in the other and started dragging the body over to the sink hole. Brad and Buddy came over, and each grabbed a dead arm to help out.

“You look familiar, too.”

“I got one of those faces,” said Brad.

They had the corpse almost at the edge when Dick said, “Uh, wait a minute, fellas --”

Brad and Buddy and Jake all turned and looked at Dick.

Jake and Brad and Buddy all dropped their respective limbs, Jake let the Sten gun drop onto Moloch’s belly, and they all continued to look at at Dick.

Dick dropped his cigarette, stubbed it out with the sole of his shoe. He drew a blank until he remembered a favorite movie from his adolescence.

“Oh. I know.” John Wayne in They Were Expendable. “Let me see.” He cleared his throat. “Okay, I think I’ve got it:

Under the wide and, uh, starry sky
Dig the grave and let me lie,
Glad did I live and gladly die.
And I laid me down with a will.
This be the verse you grave for me:
‘Here he lies where he longed to be;
Home is the sailor, home from the sea,
And --’ uh -- um -- shit -- what the fuck is it?"

“'And the hunter home from the hill', you idiot,” croaked Moloch.

“Oh, my God,” said Daphne and she grabbed onto Harvey’s arm this time because he was the closest.

Moloch sat up, with that great bloody cavity in his head and with his crushed nose and with his one good eye glaring and glittering.

“See you in hell, sailor,” he said as he took up the Sten gun in his lap and pointed it at Dick.

Then there was a knife in his neck and he sat very still.

Dick stepped forward smartly and kicked the gun out of Moloch’s hand and off it went into the sink hole.

Then everyone, including Moloch, turned to see who had thrown the knife.

It was little Cleb Parsons, straddling his bike about thirty feet away. Attie was on her bike next to him. Both Cleb and Attie just barely glowed a beautiful soft green in the haze of dust illuminated by the headlights of Big Jake’s Cadillac.

Moloch made a noise as if clearing his throat and then, putting one hand flat on the dirt to his right, he tried to stand, amazingly, but failed and fell sideways over the edge of the sink hole and disappeared beneath the sand, joining the Sten gun and Lefty’s baseball and the Thorndykes and their truck, and Testicle and his bike, Colonel Masterson and Lieutenant Perkins and their jeep, Captain Pym, the flying saucer and Frank, Daphne’s riding boot, and God only knew who or what else.


There was a pause of a few moments and then Jake said, “Y’know, Brad, y’know who you look like? Like that feller in The Magnificent Seven, whatsisname.”

“Yeah, the one that thought the villagers had a secret stash o’ gold.”

“Yeah, I've gotten that before, actually.”

“What the hell’s that guy’s name?”


It was so late that Jake told Cleb and Attie they better just stay over his place that night, and he’d ring up Mr. Parsons to get his permission when they got back to the ranch.

Then he remembered Hope and Enid and the Doc and Paco and Derek, out there in the desert by Paco’s overturned station wagon.

(Continued here. Please look to the right hand column of this page for what might possibly be a current listing of all other published chapters of Larry Winchester’s A Town Called Disdain™, now a major motion picture starring Michael Parks and Ann-Margret, coming soon to drive-ins everywhere on a double bill with Larry’s Italian-made thriller The Odd And The Odious, starring Franco Nero and Claudia Cardinale.)

Damn! My fave character bit the big one! No fair...

Even I'm sad Moloch's through. It took so much to do him in I was beginning to suspect he might be a runaway alien.

The important thing is that Big Jake survives.

Big Jake is the man.

the way of all flesh.
Though I'm not convinced that sinkhole will never give up some of its secrets...