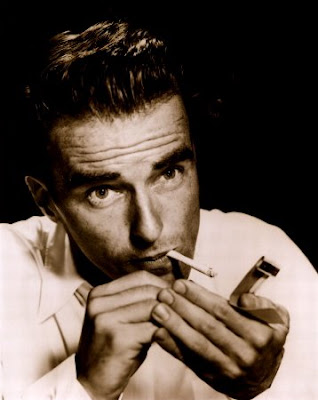 Let us now rejoin our hero Arnold Schnabel, who (having just barely avoided the fate of Icarus) was last seen being carried through the air by that impish doll Clarissa above the ocean off Cape May, NJ, on a certain long evening in August, 1963…

(Go here to review our previous episode, or here to see the beginning of this Gold View Award-winning memoir.)

We were flying in toward the shore.

“I suppose also you’d like to go back now,” she said.

“All right. I’ll find us a quiet place to land.“

It was odd being carried by her like this, sideways through the air. Not that flying through the air holding her hand hadn’t been odd also. I continued to hold onto the doll box.

“Yes, what do you say for my saving your life?”

“Oh, thank you,” I said, perhaps out of excessive politeness, since she would have never had to save me at all if she hadn’t pulled me up into the air in the first place and then suggested I let go of her hand.

“You’re very welcome, Arnold,” she said. “And, please, do call me Clarissa.”

I wasn’t about to argue while she was carrying me a couple of hundred feet up in the air, so I said, “Okay, Clarissa.’

“That’s better. Now tell me about these friends. There’s a woman, isn’t there?”

“Ha! I knew it. Anyone else, or is this really and in all actuality just a tête-à-tête?”

“Or a date as I suppose you would call it.”

“Perhaps assignation is the appropriate word.”

“Just a get-together,” I said.

“You will introduce me to everyone?”

“How can I introduce you?”

I was twisting around, trying to look into her eyes, so human-looking, and yet I knew better, or at least I thought I did.

“Of course you can't introduce me. After all I’m a mere doll. A plaything.”

We were approaching Our Lady Star of the Sea Church. Clarissa began descending and brought us down on top of its square bell-tower, planting me on my feet, but at slightly too fast a velocity, so that I stumbled forward and almost fell over the low brick wall on the rearward side. I pushed myself up from the wall, straightened up and turned.

She leaned back in the corner of the wall above Washington and Ocean Streets, one arm along the top of the wall, and she turned and gazed to her left down at the street.

“The passing parade,” she said.

“Um, Clarissa,” I said. Standing up here on top of this tower made me feel unpleasantly vertiginous, although oddly enough flying through the air had not especially bothered me.

She drew a strand of curly dark hair away from her eyes.

“I really do need to be getting back to my friends.”

“There’s a trap door there in the floor. Just go on down.”

True enough there was a metal trap door in the brick floor, and it had a handle, and maybe it wasn’t locked.

“I don’t know why I should. You’re not being very nice to me.”

“I’m really sorry if I offended you.”

“I’m sorry I offended you.”

She looked at me, then she turned around, put her forearms on the wall and gazed down again at the street and all the passing human beings.

Then she turned her head toward me. Her dark curls floated around her small porcelain face in the breeze.

“Perhaps I’ve been over-sensitive,” she said.

She returned her gaze to the murmuring pedestrian and motor traffic below.

Then she turned around and took a step towards me, smiling.

“Damn it, let’s do go meet your friends!”

“Great,” I said, not adding anything at all about how this was what we had been supposed to be doing all along.

I opened the box, she climbed back into it, and with the box under my arm I leaned over and pulled open the trap door.

A metal ladder led down to the belfry just below, which was not completely dark, thanks to the starlight that came through the trap and the three tall gothic windows on each wall.

I climbed down the ladder with the box under my arm.

On the other side of the rack of bells was a railing winding down into a hole in the floor. Going over I saw a spiral metal staircase below, and I headed on down. There was just enough light for me to make my way down slowly step by step.

At the bottom of the stairwell was a door, its knob only just barely visible. I turned it, and, thank God if he was indeed responsible, it opened. I was now in recognizable territory, at the right of the narthex. I closed the tower door quietly behind me. All I had to do was go straight ahead to the front doors and out. Provided the doors weren’t locked. In which case I would have to come up with some new plan.

In any case I was not halfway to the entranceway when I saw Father Reilly come out from the nave. He was still wearing the casual civilian outfit he had been wearing earlier that night, and he had a large ring of keys in his hand that he was shaking up and down like a tambourine.*

He saw me and stopped, stopped shaking the keys also.

“What are you doing here? I thought you were on a date with your lady friend?”

“And you’ve interrupted it to come back to church?”

I had to think fast.

“I wanted to know if you would hear my confession, Father.”

“I just heard your confession this morning.”

I felt a sort of kick inside the box.

“You know, it doesn’t work this way, Arnold, really,” he said. “You can’t just go to confession, run out and have sexual intercourse, then run right back to church and go to confession again. That’s insane.”

It didn’t matter to me, I just wanted to get out of there.

“It’s not about what I want, Arnold. It’s about -- you can’t just make up your own rules.”

“Wait, what were you doing coming from down the other end of the narthex there?”

“Yes. Why didn’t you just come right into the church.”

“So even you knew you were doing something wrong.”

“The wrong being not so much the intercourse, because that might very well have been a beautiful, perhaps even sacred act; no, but rather, the audacity of thinking you could make it a sin by confessing it.”

I felt and heard a giggling from inside the box.

“Was that you?” asked Father Reilly.

“It’s the beer I drank earlier, Father. A slight case of gas.”

He paused. I prayed she wouldn’t giggle again.

I felt and heard another giggle from the box, and, clearing my throat loudly, I got down on one bare knee, on that hard marble floor.

“In the name of the Father, the Son, and the Holy Spirit,” said Father Reilly, making the sign of the cross, “I absolve you. Again. Ego te absolvo. Say three Hail Marys when you get the urge. Now get up.”

He went to the doorway, opened one of the big doors and waved me through. He came out, closed the door and locked it with a big key from his ring. He put the ring in his trousers pocket and then took his nearly-empty pack of Camels from his shirt pocket.

I hesitated, even raising my hand, but at the last moment I said, “No thanks, Father.”

He shook one out for himself, put the pack away.

“Do you think you’ll see Miss Evans, Arnold?” he said, as if casually, putting the cigarettes back into his pocket.

He reached into another pocket, took out his Pete’s Tavern matchbook and tore off a match, but instead of lighting his cigarette he looked straight at me and said:

“I want you to tell her something for me.”

He paused, still looking straight in my eyes. Then he lit his cigarette, waved the match, tossed it down the steps. He put the book of matches back into his pocket and exhaled smoke slowly through his thin nostrils as he gazed down toward the street.

He turned to me again.

“And tell her I won’t be able to see her any more, Arnold. If she wants further religious counsel tell her she should see Father Schwartz. He’s a good man. I wouldn’t recommend Father Fahey. He too has a weakness for the fairer sex. Make it Schwartz.”

“If Father Schwartz has a weakness it’s not for the ladies.”

“Well, good night, Father. And thanks.”

I went down the steps and turned right on the sidewalk, without looking back.

“That man is a complete goose,” she said, from inside the box. “And you’re not much better!”

(Continued here, under the close supervision of a crack team of mental health professionals from the Mayo Clinic. Please see the right hand side of this page to find what might be an up-to-date listing of links to all other published episodes of Arnold Schnabel’s Railroad Train to Heaven™; Imprimatur, Cardinal Charles “Chuck” O’Malley.)

A transforming, crucial, and perfect episode. Every strange thing has become inevitable.

Every strange thing has become inevitable.

That would probably sum up Arnold's life...

Clarissa seems more like a real woman every moment.

"She leaned back in the corner above Washington and Ocean Streets, one arm along the wall, and she turned and gazed to her left down at the street.

“The passing parade,” she said."

Clarissa seems more like a real woman every moment.