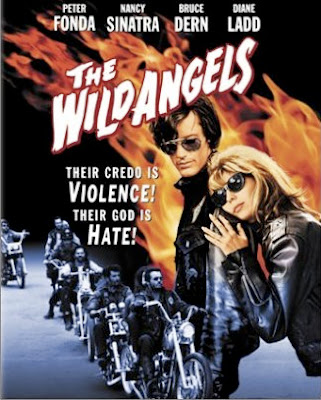 Previously in our serialization of the “director’s cut” of Larry Winchester’s “swaggering, staggering”* epic novel A Town Called Disdain (A Sheldon Leonard Production):

The young soldier Harvey, forced to join the army or face jail time after shooting his mother’s boyfriend in the leg and shooting and killing the boyfriend’s dog, returns after his hitch to his home town of Disdain, N.M. He goes right from the bus to Burt's Hideyway, the local roadhouse where his mother Doris works. Harvey gets into a fight with the local bully Bull Thorndyke and smashes a beer bottle in Bull’s face. Bull pulls a switchblade but Sheriff Dooley walks in, tells Bull to drop the knife, and sends him off to see the doctor. A radiation-stunted little boy named Cleb Parsons pockets Bull’s knife. Sadly, Bull comes right back in with a shotgun, bent on killing Harvey, and gets the drop on the sheriff. Just then a mysterious and beautiful couple (Dick and Daphne) walk in, distracting Bull for a moment. Harvey draws the sheriff’s gun and shoots Bull dead.

* Harold Bloom, The Road That Should Not Have Been Taken: Great Unknown American Novels.

(Go here to revisit the wonders of our previous episode.)

Sheriff Dooley had kicked young Cleb Parsons out of the roadhouse after Harvey shot Bull Thorndyke, but instead of going home Cleb went out back, out past that big heat-shimmery mountain of abandoned tires in between Burt’s place and Tuk’s Service Station, and he’d practiced throwing Bull’s switchblade knife at an old cactus out there in the scrub. The blade made such a satisfying sound when it stuck in the cactus, and, after a couple of sweaty hours, pretending he was James Coburn in The Magnificent Seven, he got so he could make the knife stick from about twenty feet away, every time. He cleaned off the blade one more time on his t-shirt and folded it up and stuck it in his back pocket. Then he went and got his Schwinn out from where he’d stashed it, in between the dumpster and the back wall of Burt’s. He pushed off and headed out onto Main Street, which was as deserted as it usually was. A few minutes later he was out of town and on the two-lane blacktop that led out to the dirt road that went down through the gulch that came out on to the patchy stretch of ground by the dried-up wash that was the Parson family's ranch.

He had dinner with his father and his older sister Attie, then he did his homework, and then he went outside to practice some more with his new pocketknife.

He wanted a good tree to practice on, and since there weren’t any trees near the ranch he walked out to the mountain road, about a third of a mile from the house.

A half hour later he was tossing that knife with great skill and accuracy in the moonlight at a dead mesquite when he heard a roaring and rumbling from the hills up in the west. This could only be one thing.

Cleb crouched behind the mesquite trunk and waited, felt the rumbling in the earth and in the tree, heard the roaring. He peeked around the side of the mesquite, saw the dust first, lit up by headlights, and then all of a sudden here they came, roaring like hell on their hogs: the Motorpsychos, twenty-five or thirty strong of them, and at their head, wearing his dark goggles and his filthy scarf and his long greasy hair flying behind him, was their leader, the one-eyed bastard they called Moloch.

The gang roared on by, heading in the direction of Disdain.

“You best go on by,” muttered Cleb, holding his knife in his skinny little hand. “You best not try and fuck with me, or with my family. I’ll stick you with this here knife.”

Finally they were all gone, their roaring and rumbling diminishing, their dust slowly settling down like a dirty shroud along the roadway and the scraggly land on either side of it, and onto Cleb, who stood now, away from the dead tree, staring down the road after them.

“Yeah, you better get,” he said. “And don’t let me catch you comin’ round here again, neither. Maybe you’ll get me in the end, but I swear on my dead mother I’ll take at least one of you to hell with me!”

Then he went back on home, because he wanted to watch Then Came Bronson on the TV.

(Go here for our next thrilling episode!)

(Please see the right hand column of this page for links to the other episodes of Larry Winchester’s A Town Called Disdain, and for links to appreciations of many of Larry’s classic films.)

It would be great if Jim Bronson of "Then Came Bronson" showed up in this story. I used to love that show.

Motorpsychos: too cool.
When I lived in Chicago there was a gang that probably for the better I knew only from their graffiti called The Insane Unknowns. But soon I moved to a slightly better neighborhood and the gang busy there boasted about the glorious "Insane Junior Unknowns."
My mother insisted I had made up the name and even the tag. Me! Even though Manny had seen their tags and gleaned some of their lore and vouched for me. His word wasn't good enough my mom, though. But then she was Mrs. Winnetka (if I was ever a Miss W) of the highest order. Her world was clean and polite, and has only grown more so, which is a not unimpressive feat for a seventy-year-old woman.
I'll have to go back and find out: have you already told how Clem was radiation stunted? I'm not doubting that he was, just if it was mostly physical, intellectual, psychological, all three and to what degree.

The Insane Unknowns and the Insane Junior Unknowns are just too cool for words. If I could think of such cool gang names I would be able to retire happily, knowing I had done my bit for world literature.

As for Cleb, it turns out, or it will turn out, that his family's ranch was just a little too close to one of the A-bomb test sites, and I think the subsequent stuntedness was mostly physical. But I guess that having an atomic bomb going off in your backyard could well have psychological repercussions.