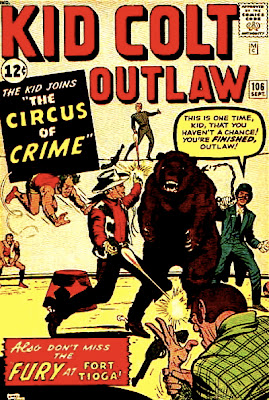 I don’t know how I ever let this happen but somehow I have let two whole weeks slip into oblivion since the last installment of this long-lost classic memoir of the great Arnold Schnabel, “The Rhyming Brakeman” of Olney.

Arnold continues to milk his leave of absence (on half-pay) from the Reading Railroad following his crack-up and subsequent eight-week stay at the notorious Philadelphia State Mental Hospital at Byberry. He and his mother are staying with his mother’s three maiden sisters at the latters’ ramshackle Victorian boarding on Perry Street in Cape May NJ.

It is sometime in July, in the year 1963, on a planet called Schnabelia.


Now that I have each day absolutely and completely free from indentured servitude to that great iron beast The Railroad I wonder at how awful my life was, with five days a week dominated by work and going to and from work and recovering from work.

Now I wake each morning in my tiny attic room, I stretch and yawn, another glorious day of idleness awaits me.

Each day teems with adventures great and small.

Cousin Bert and his wife and two of their children have completed their dubious vacation and gone back to their red brick life in Lawncrest, but for some reason they have left the eldest son Kevin here. Yesterday he surprised me by actually inviting me to come with him to Wally’s, the shop on Washington Street where he buys his comic books. So off we went. It’s a cigar store among other things, and there’s a cigar store Indian in front. I’d never been in there before. It was dark and cool, and there was a pool table in the back part. I stood with my hands in my pockets as Kevin went intently through the rack of used comics.

A round old man with bald head and a cigar in his mouth and thick spectacles on his nose stood behind the counter. I suppose this was Wally.

"Not like some of these snotnoses around here. They got no respect. They don't care about nothin' or nobody."

I stared out the open door at the bright street. For just the slightest moment I felt on the verge of one of those attacks I sometimes have, where I feel as if I’m merely a ghost in the world, separate from physical reality; but I used one of my familiar methods to gain control of myself, i.e., I concentrated my attention on something in this physical world, in this case a copy of Look magazine. There were people in the magazine, or pictures of people, and words, and by forcing my attention on them I somehow felt my being settling back within my corporeal host.

Kevin came up with a bunch of comics. He had already laid a stack of ones he was returning on the glass cigar counter. The old man performed some abstruse formula with pencil and notepad and told Kevin it would be twenty-seven cents.

I realized then that Kevin’s invitation was merely a ploy to get me to buy these comic books for him. But I didn’t mind his duplicity. After all, if Kevin doesn’t buy the comic books then I don’t get to read them either, and as I have said somewhere else in these pages (unless I dreamt it) I have myself become addicted to these lurid fantasies.

I bought his comics and also picked up a carton of Pall Malls at a good price.

And this was only the beginning of my day. What other heroic adventures lay in store?

Kevin led the way out onto the sidewalk with our treasure.

He examined the comics’ covers all over again as we strolled back to Perry Street.

“You can read one first if you like, Cousin Arnold,” he said.

This was something. Normally of course I had to wait till he was finished with one before he would let me read it.

“Which one do you want?”

I knew he wasn’t crazy about Kid Colt, and to tell the truth neither am I. He was holding out on the good stuff, The Fantastic Four, Spider-Man, Tales to Astonish with the Ant-Man.

He quickened his steps. Now that “business” was over he was anxious to get back to the porch, to our adjoining wicker rockers, to escape into his little dream world.

And to tell the truth so was I.

(Click here to go to the next episode. For links to previous episodes of Railroad Train to Heaven, and to the strangely inspiring poems of Arnold Schnabel, check the right hand column of this page. All rights reserved by the Arnold Schnabel Society.)
Posted by Dan Leo at 3:01:00 AM

Words fail me. Not that they ever seem to have failed The Schnab.

The Schnab is the Kid Colt of poets.

"It is sometime in July, in the year 1963, on a planet called Schnabelia."

It's Schnabtober and Arnold is the King of Spain!