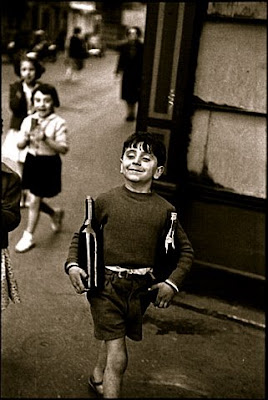 Return with us now to those thrilling days of yesteryear, to Sid’s Tavern (“Let our cold beer and bracing cocktails assuage the trauma of yet another day spent senselessly broiling on the hot blistering beach.”), in the then-still somewhat quaint seaside resort of Cape May, NJ, as our hero Arnold Schnabel chooses songs on the jukebox while his friend “Josh” feeds the machine with his inexhaustible supply of dimes.

(Go here to see our previous episode, or here to return to the first chapter of of this Gold View Award©-winning memoir by the man Harold Bloom has called “the working-stiff’s Proust”.)

In the meantime some other song had been playing, the one about does your chewing gum lose its flavor on the bedpost overnight.

“What about ‘Tie Me Kangaroo Down’?” I asked.

He dropped the rest of his dimes into his trousers pocket.

“But we’ve still got some songs to play,” I said, always the cheeseparing German.

“Leave them for someone else, Arnold. Come on, let’s make like a breeze.”

“Well, look who it is,” said someone behind us.

We both turned, and who did we see but Jack Scratch and Thomas Becket. It was Jack who had spoken.

“Walking the earth, I see,” said Jack, to Josh. “Walking among men. With your good friend Arnold here.”

Josh took his eternal cigarette from his mouth, dropped it to the floor, and stubbed it out with his sandal.

“We were just leaving, Jack,” he said. “We left some songs on the jukebox if you want to play them.”

“Yeah? Any good teenage devil music in this box?”

They both looked considerably more rumpled than they had when I’d last seen them, as they were leaving the Ugly Mug. St. Thomas had what looked like a ketchup stain on his white shirt, and the top of his head was askew again.

“We don’t really call him the Holy Ghost any more, Thomas.”

Even though Josh had just put out a cigarette he took out his pack of Pall Malls from his shirt pocket. I suppose he really didn’t have to worry about cancer or emphysema.

“I was just wondering --” said Thomas.

“Yes?” said Josh. He shook up a cigarette, put it between his lips.

In a flash Becket had a lighter out and was giving Josh a light, although it took him about four tries to get the flame going.

“I was just wondering if there was any chance at all that the, uh, the ban on martyrs might be lifted, that we, or at least some of us, might be allowed into your father’s house --”

He pulled his pipe out of his seersucker jacket, dropped it. I bent down to pick it up for him, and I did, but he bent over also, and our heads bumped. He staggered backwards and I grabbed his arm.

“Oh, I’ve taken worse knocks he said,” rubbing his bald pate. I noticed that the horn bumps on either side of his upper forehead were visible again.

I handed him his pipe.

He reached into one of his jacket pockets again and brought out a faded leather tobacco pouch.

St. Thomas was still standing there holding his lighter.

“Are you two quite finished with the music-hall act?”

“The music-hall act is never finished,” said Jack Scratch, and he proceeded to load his pipe, spilling handfuls of tobacco onto the floor.

“Josh, what do you think? Any chance at all of me getting into your father’s house? Just on a provisional basis perhaps? Perhaps I could be a sort of, I don’t know, a doorman?”

“We already have a doorman. Named Peter.”

“Ha!” said Jack. He thrust his tobacco pouch back into his pocket and grabbed Thomas’s lighter out of his hand. “Ha!”

“What’s the matter with this lighter.”

He kept clicking it, but it wouldn’t light.

Josh had his own lighter out now, and he gave Jack a light.

“Here, take your lighter back that doesn’t work,” said Jack to Thomas.

“Nothing wrong with this lighter,” mumbled Saint Thomas, taking the lighter. He clicked it, but it didn’t light.

Josh tried to get past, but Thomas put his hand on his arm.

“And the Holy Ghost? I mean the Holy Spirit?”

“I mean,” Thomas said, “Arnold here got into your father’s house, right?”

“True,” said Josh. He pulled Thomas's hand off of his arm.

“Well, I’m sure Arnold’s a nice chap and everything, but look at me, I went up against King Henry, I -- I may have been misguided in my zeal, but I -- I stood for something --”

“I’m not making any promises.”

At the other end of the bar I saw Miss Evans, standing now. The DeVores were still with her, and they were all looking at us.

I began to have the faint glimmering of an idea. Yes, I have ideas.

“What do you mean?” said Josh.

“Tea. Muggles. Mary Jane. We picked up some dynamite stuff at that Negro bar.”

“Come on, don’t be a square. How about it, Arnold? We can go across to the beach.”

I didn’t quite know what my plan was yet, and yet I felt it beginning to take form.

“Are you serious, Arnold?” said Josh.

(Continued here. Kindly see the right hand column of this page for an up-to-date listing of links to all other published episodes of Arnold Schnabel’s Railroad Train to Heaven™. This project made more possible than it would otherwise be by a generous grant of Betty Crocker Savings Coupons from the Arnold Schnabel Society of Philadelphia, PA.)

Ha! Love the stooges head-knock with the devil's own.
Also the hilarious piece of shit lighter exchanges.

So many implications in such a brief episode! And all of them perfectly poised.

I have to admit, I really want to get high with this crew.

For a second there I thought Josh and Jack were going to mix it up.
If Arnold's going to smoke with the devil, I hope he uses a long cigarette holder.

Arnold never got out of the bin, did he...

Or, much like Clarissa, he made a deal with the devil when he said, "I wish this day would last forever!"

It's funny, Jen, just yesterday I saw that great old poster for "The Endless Summer". With Arnold it's more like "The Endless Day"...

I saw "Endless Summer" at a drive-in in Lancaster County, PA with my parents when it came out..filled me with a longing to experience everything "out there"
in the world. Re: the poster:
http://www.ocregister.com/articles/hamersveld-years-new-2281664-poster-says

Thanx for the link, Dean -- I'd had no idea of all the other stuff that guy had done.

as they used to say in Lancaster, yurin's welcome