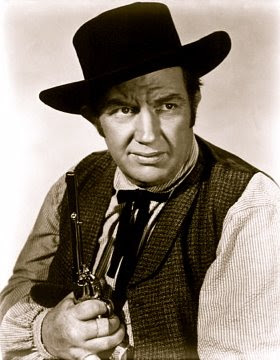 Larry Winchester now leaves the tortured mind of Testicle and turns his attention back to the rancher Big Jake Johnstone, to the town physician Doc Goldwasser, and to the two Parsons kids, Cleb and Attie, on this fateful night in September, 1969, somewhere in the desert outside a town called Disdain...

Attie and Cleb hauled their bikes and themselves into the back of Big Jake’s Coupe de Ville, and Big Jake started out toward where the two headlights had disappeared into the blackness below the mesa.

“That laudanum really works, huh? Y’know, I was wonderin’ maybe you could get me a script just for like when I drunk too much tequila the night before, and, shit --”

It was a gunshot, coming from the right out there across the desert from that mass of headlights now seemingly headed straight toward the mesa as well. Then came another shot and then a ragged volley, and the mass of lights came to a stop. Or rather the crowd of lights stopped and circled round and round in a circle around two stationary lights, perhaps a mile from Jake’s car. And then came another volley of gunshots.

Big Jake slammed on the brakes next to a big dead barrel cactus.

A burst of machine-gun fire ripped through the night air.

“Shit and goddam,” he said. “We better get outa here, pronto.”

Big Jake was looking at the Doc but the Doc just sat there smoking an Old Gold.

“You’re ascared,” said Cleb, and Attie gave him a little nudge with her elbow.

“Good idea,” said Jake, and he switched off the headlights.

“All right,” said the Doc, “now you two kids get out of the car, with your bikes, and Mr. Johnstone and I are going to drive up just a little closer so we can see what the hell’s going on.”

“Get the hell out of the car, Cleb,” said the Doc.

“Get out before I punch you.”

Cleb and Attie were getting out of the car with their bikes, Cleb on Jake’s side, Attie on the other.

“You kids wait near that dead cactus,” said the Doc. “We’re not back in five minutes, cycle back into town and tell the sheriff.”

“You really are yella, mister,” said Cleb, and he slammed the back door.

Jake pulled his hand-engraved pearl-handled Colt New Service out of his shoulder holster and attempted to twirl it but it flew against the dashboard and clunked down into the footspace.

“Ha,” said Cleb, and Attie put her hand over her mouth.

“Huh, slipped out my hand, hand’s a little stiff from this night air,” mumbled Jake, reaching down over his gut and scrabbling for the gun.

“Is that thing loaded?” asked the Doc.

Jake finally brought the pistol up. He was a little out of breath from bending over.

All bug-eyed in the starlight, Jake squirmed around, looking at Cleb, then over at Attie, then at the Doc. Sweat glistened on Big Jake’s face.

And then he just sat there, holding his pistol in both hands and breathing heavy.

Another volley of shots clattered through the night from the direction of that pack of circling lights across the desert, and Jake’s massive shoulders flinched and hunched together.

“Whatcha waitin’ for then?” asked Cleb.

“Nothin’,” said Big Jake, and he put the pistol away, missing once or twice as he tried to get the long barrel of the gun into its holster. “Absolutely nothin’. We’ll just go a little closer, right, Doc? Just for a look-see. I got a pair of Kraut field-glasses in the glove compartment, an’ we can do a little reconnoiterin’.”

“All right, Jake,” said the Doc, and he flicked his cigarette out into the desert.

(Continued here. Kindly turn to the right hand side of this page to find an allegedly up-to-date listing of links to all other published episodes of Larry Winchester’s A Town Called Disdain™. Be sure to collect every single Town Called Disdain™ action figure, now on sale exclusively at your local K-Mart -- the ideal choice for holiday gifts for young and old. High-quality plastic model of Big Jake’s 1969 red Coupe de Ville convertible available free when you purchase the complete set. Offer void where restricted.)

Jake let his gun fly into the dashboard? What a girl.

Forget I said such a traitorous thing about the nobler sex. I must have been quoting some lout missing an X chromosome.

Interesting: the only ones not scared of dying are kids and junkies.